Lupita Nyong’o dresses as her character in ‘Us’ for Halloween, terrifies fans at Universal Studios 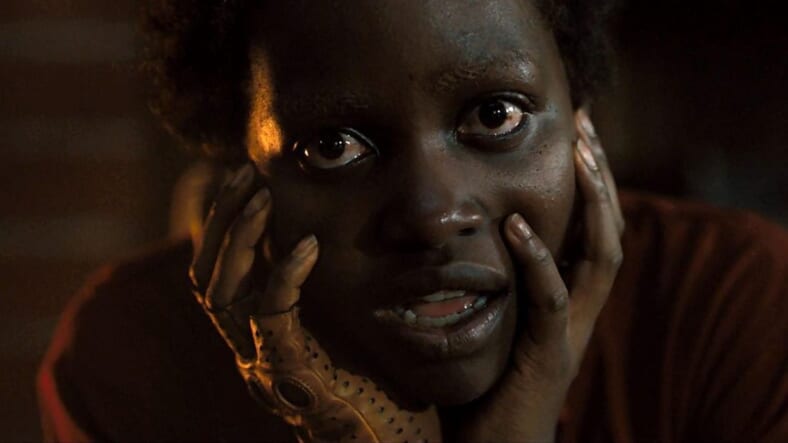 Lupita Nyong’o’s performance in Jordan Peele’s Us was both impressive and terrifying, but this week some fans got to experience her bone-chilling portrayal of her character Red up close.

Wednesday, the actress slipped back into character and took her place in the Us themed maze for Universal Studios’ Halloween Horror Nights event.

For those of us who weren’t fortunate enough to see her surprise appearance for ourselves, the 36-year-old filmed a video for the theme park that chronicled her visit.

At first she can be seen walking through the maze — UHHN’s movie and TV show themed haunted houses— and looks taken aback by the actors inside, clinging to friends and screaming at the sight of the creepy characters.

“That’s the last time I’m making a horror film,” she jokes after making it through the ordeal.

After experiencing the frightening tour first hand she gets into her now infamous red jumpsuit and high-styled hair to give fans the same thrill ride. Nyong’o’s acting chops are in full display when she looks at the camera and illustrates just how quickly she can transform into the Red character just by widening her eyes, giving her signature creepy look.

Some people were so freaked out during the maze they were too scared to look at her, oblivious to who the were walking past as they shielded their eyes and looked away from looking her. But for those who were brave enough to look, many were understandably star struck once they recognized the Oscar winner.

Us was released in the United States December 2018, earning $71 million opening weekend. In the US, it became the second best opening ever for an original film, and third best ever for a horror film. The undeniable commercial success, earned $255 million worldwide.