Professor Melissa Murray believes, "If Comcast prevails, all victims of racial discrimination will face a higher hurdle to having their claims heard in court." 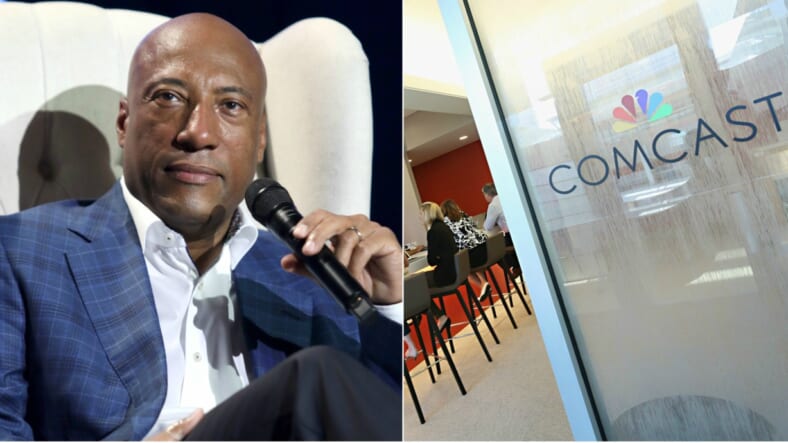 As the historic Supreme Court case between Byron Allen against the Comcast Corporation and Charter Communications swiftly approaches, many are racking their brain to understand what exactly is at stake for Black entrepreneurs nationwide. Allen is using the Civil Rights Act of 1866, which was created to protect Black people from discriminatory business practices, to prove that Comcast and Charter were biased in his efforts to do business with them.

There’s a chance that the Supreme Court will side with Comcast and Charter by dismantling those critical protections provided under Section 1981 of the Civil Rights Act of 1866 and in doing so, erase equal opportunity protections afforded under the Act.

The Supreme Court Justices will decide whether or not a company’s decision to not award a contract or job to an African American or any person of color could be 99 percent based on a reason of race and only 1 percent based on a lack of sufficient experience in the industry. What Comcast is proposing could leave those impacted with no legal remedy to pursue.

Some believe this case could possibly open the flood gates for people of color or it could slam the door on a 150-year old law that has provided federal protection from systemic racism in business.

TheGrio.com reached out to Constitutional Law expert Melissa Murray, Frederick I. and Grace Stokes Professor of Law at New York University School of Law, to fully and thoroughly explain the case further, and why anyone of color looking to create a lucrative business needs to pay attention.

TheGrio: Can you break down in layman terms, what the Civil Rights Act of 1866 means, why it was put into place, and the ins-and-outs of this case that’s about to go to the Supreme Court?

Melissa Murray: The Civil Rights Act of 1866 was enacted during Reconstruction for the specific purpose of ensuring that newly freed African-Americans could enjoy all of the civil and economic liberties of freedom. In particular, section 1981 of the Act prohibits discrimination on the basis of race, color, and ethnicity when making and enforcing contracts.

In Comcast Corp. v. National Association of African American-Owned Media (the official name of the case), television personality and media entrepreneur Byron Allen alleges that for eight years, his company, Entertainment Studios (ES), offered its channels to Comcast in order to secure distribution on the Comcast platform. Although Comcast said that ES’s channels were short-listed for carriage, the company refused to contract for distribution with Allen and ES.  Comcast claimed that it lacked the capacity to launch additional channels, but as Allen maintains, it nonetheless launched more than 80 lesser-known, white-owned channels.

Allen further claims that a Comcast executive explained the decision by saying “we don’t need any more Bob Johnsons” Johnson, of course, is the African-American billionaire who founded BET. 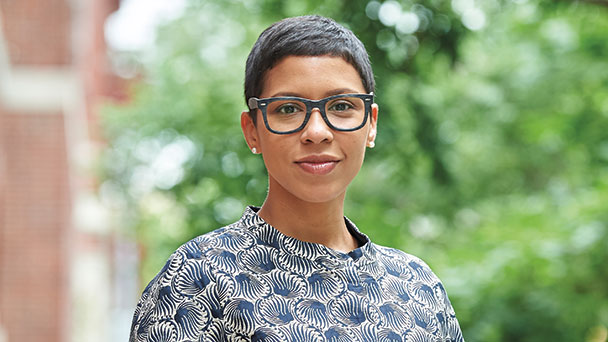 Melissa Murray is a leading expert in family law, constitutional law, and reproductive rights and justice. She weighs in on the details about Byron Allen’s case against Comcast Universal. (Photo Courtesy of NYU Law)

Mr. Allen sued Comcast after the company’s refusal to enter into a distribution contract with ES on the basis of racial discrimination in contracting under section 1981 of the Civil Rights Act of 1866. A federal trial court dismissed his suit for failure to state a claim upon which relief can be granted. And then, the Ninth Circuit, the federal intermediate appellate court, reversed that decision, allowing Allen’s suit to proceed.

“Comcast is coming for Byron Allen, but a decision in Comcast’s favor will make it harder for ordinary Americans to achieve racial and economic justice.”

Comcast petitioned the United States Supreme Court to hear oral arguments in the case which will take place on November 13, 2019. The biggest issue is whether, as Comcast maintains, Allen must show that race was the sole motivating reason (the “but for” cause) for Comcast’s decision to reject his channels, or whether, as Allen argues, a plaintiff need only show that race was a motivating factor in the rejection.

TheGrio: Why should Black folks care about this case?

Melissa Murray: This case is bigger than Byron Allen and Comcast.  This statute protects the rights of billionaires like Allen and middle and working-class African-Americans to be free of racial discrimination in contracting—which might include everything from a cable distribution contract to an employment contract, or even an apartment lease. 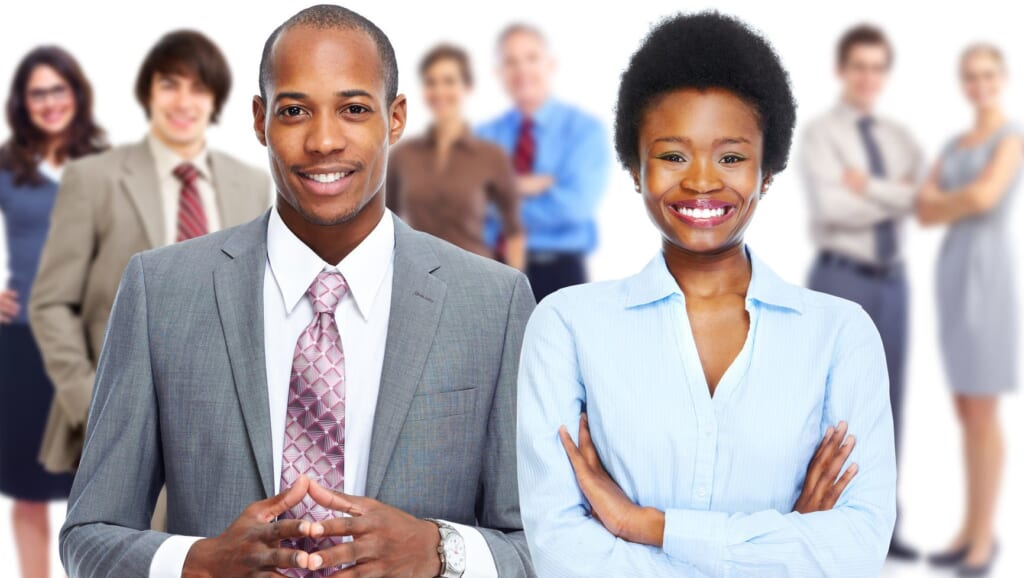 Additionally, in order to insulate themselves from liability under section 1981, corporations and employers could simply identify a race-neutral reason that supported a discriminatory decision. This seems especially pertinent in today’s climate, where racial bias can be subtle and covert, rather than the kind of explicit “smoking gun” contemplated in Comcast’s argument. So, under Comcast’s logic, as long as the corporation or employer could provide a race-neutral rationale for the refusal to contract, they are not liable under the statute—even if racial bias “infected” the decision.

TheGrio: This seems to go further than just the Black community. Does this really impact all communities of color?

Melissa Murray: Although the statute was enacted for the purpose of protecting African Americans in the wake of slavery, its prohibitions on racial discrimination applies to other racial and ethnic groups. If Comcast prevails, all victims of racial discrimination will face a higher hurdle to having their claims heard in court.

TheGrio: In your expert opinion, how do you think the Supreme Court will decide?

Melissa Murray: With the addition of two new justices, the Court is far more conservative than it was 10 years ago. This conservatism is often reflected in an affinity for pro-business arguments, greater skepticism of discrimination claims, and a more cabined understanding of the scope of anti-discrimination statutes. None of this bodes well for Allen and future civil rights plaintiffs.

Meaningfully, the Trump Administration has filed an amicus brief in support of Comcast in this case—in the government’s brief, it argues for causation as a standard feature of most federal anti-discrimination statutes.

TheGrio: Considering that the DOJ is now basically controlled by Trump (even though it is supposed to be an independent entity,) do you think that the upcoming 2020 election and current politics are guiding this decision?

Melissa Murray: Hard to say—most voters do not have a strong understanding of how the Court’s many rulings affect their lives—nor are they likely to understand the role that the DOJ and the Trump Administration have played in supporting Comcast’s arguments. Many voters will fail to see the connection between the claims of a multi-millionaire media mogul and their own economic lives. But, the two are inextricably linked. Comcast is coming for Byron Allen, but a decision in Comcast’s favor will make it harder for ordinary Americans to achieve racial and economic justice.

TheGrio: What’s the call to action? What can people do to make sure this doesn’t happen to us?

Melissa Murray: Awareness is key. Make sure that you share this kind of information to everyone that you know. While it might seem like the issue at hand is about a wealthy man detached from your everyday life, a decision in the negative will most certainly affect Black business owners across the country in the most remarkable ways.

*TheGrio is owned and operated by Entertainment Studios, Inc.

Nicole Duncan-Smith is from West Philadelphia born and raised, and in the playground is where she spent most of her days. Currently, she serves as a and a contributing editor at theGrio and a licensed minister at The St. Paul Community Baptist Church, where she lectures on Hip-Hop as a viable love language to teach the Gospel.