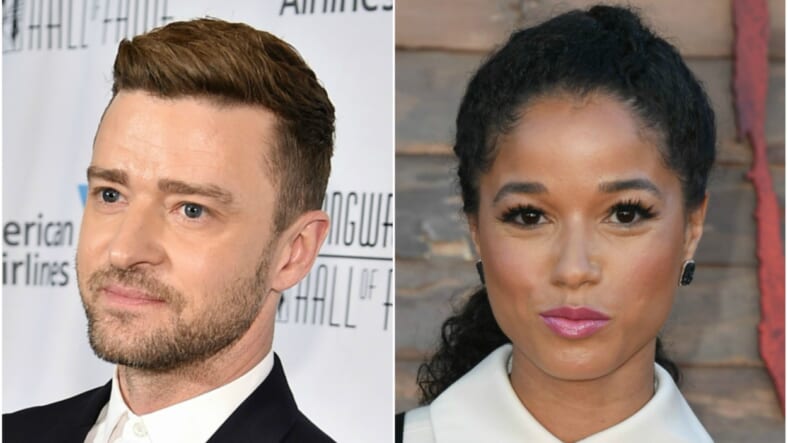 Singer Justin Timberlake was photographed holding hands with his Palmer co-star Alisha Wainwright, but a representative said it was nothing more than that.

According to Entertainment Tonight, a source who was with the group at the New Orleans bar The Absinthe House maintains that the outing was completely innocent.

But the suspicious pictures obtained by The Sun, show the pair — who are currently in New Orleans filming a movie in which they play lovers — chatting and drinking on a balcony with fellow cast and crew members Thursday around midnight.

READ MORE: Justin Timberlake wrote a new song about me, and I’m not impressed

“At one stage he grabbed her hand and rested it on his knee. She then gently started stroking his leg,” a witness recounted of the 38-year-old entertainer who was said to be visibly intoxicated and unsteady on his feet. “Then he clutched her hand with both of his and was playing with her hands.”

In the pics, Wainwright, who currently stars alongside Michael B. Jordan in the Netflix series “Raising Dion“, is in fact captured putting her hand on the singer’s knee and holding his hand but rep told ET, “There is no validity to the speculation.”

hmmm justin timberlake….let me go listen to what goes around real quick pic.twitter.com/jjfDxXRnmL

READ MORE: Justin Timberlake decided at the last minute not to use Prince hologram

The publication reports that, “Palmer follows Timberlake as former high school football star Eddie Palmer after he returns to his hometown following a prison sentence. As he encounters difficulties from his past upon his arrival, Eddie also finds himself becoming the ward to a young boy who was abandoned by his mother. Wainwright portrays Maggie Hayes, a school teacher who develops a relationship with Eddie.”

Timberlake married wife Jessica Biel in 2012 after a long courtship and are considered one of the most stable marriages in Hollywood, with both of them frequently posting heartfelt videos of each other on social media.

They have yet to issue a response to any rumors individually or as a couple.