“Me and Kendrick got a history...a relationship as peers. When this whole Big Sean, Kendrick beef was going on, it was something I wish I would have spoken up [on]," Big Sean said 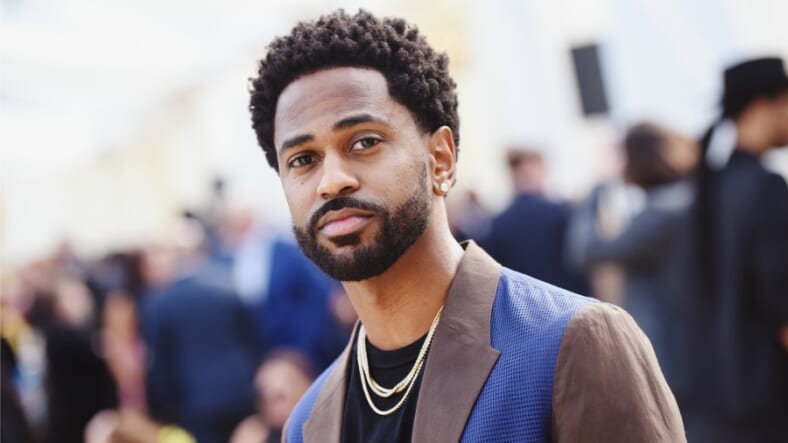 Big Sean has addressed the reported tense history he has with fellow rapper Kendrick Lamar.

Both artists have previously worked together on a few occasions, but things went left in 2015 when Sean dropped a freestyle titled “Me, Myself, and I”. Fans assumed he subliminally fired shots at Lamar.

Big Sean later denied this, claiming the lyrics were directed at the “people,” Complex reports.

In a new interview on Joe Budden’s series Pull Up, Sean further explained the situation between him and Kendrick.

“One of the people that, especially after Nipsey [Hussle] died was important for me to connect with was Kendrick,” he said. “Me and Kendrick got a history…a relationship as peers. When this whole Big Sean, Kendrick beef was going on, it was something I wish I would have spoken up [on].”

The Detroit native acknowledged that the drama started with “Me, Myself, and I” which was followed by the track “No More Interviews” in 2016.

“So then I remember going online and seeing like, ‘Oh, is he talking about Kendrick?’ ‘Cause I’m talking about people who rap fast. … I wasn’t beefing with nobody. I’m just rapping n***a. It wasn’t like a specific person or else I would’ve said his name.”

But then Kendrick dropped “The Heart Part 4”  in 2017, prompting the fandom surrounding the men to conclude he was taking aim at Sean.

Big Sean called TDE CEO to ask about the song, and was told, “It ain’t about you at all.”

“Every verse I do, people be like, ‘Oh is this a response? Is this a response?’ And I’m like, ‘Damn I can’t even show no aggression, people think it’s a damn response.’ It got to a point where somehow it was just a weird tension between me and him even though it was already said it wasn’t no beef. People made it that way,” Sean explained.

“Fast forward, I let this sh*t go. He let that sh*t go—he never talked about it. And I never talked about it and I should’ve said something, bro. I should’ve just came out and been like, ‘Naw, that ain’t it.’ … But I didn’t. I was working on this song with Nip and then Nip passed. I have a show for J. Cole’s festival. I’m sitting next to Punch from TDE. He like, ‘Bro, wassup—you ever holler at Kendrick?’ I damn near [had] put it on the back burner in my brain. I’m like, ‘Damn, no I never did. And he’s like, ‘Man, you should definitely holler at him.’ Got his number and we communicated. The respect is mutual. It was literally nothing.”

And there you have it, Grio fam!

Watch the interview below.