Are Charlamagne and Angela Yee leaving ‘The Breakfast Club’? 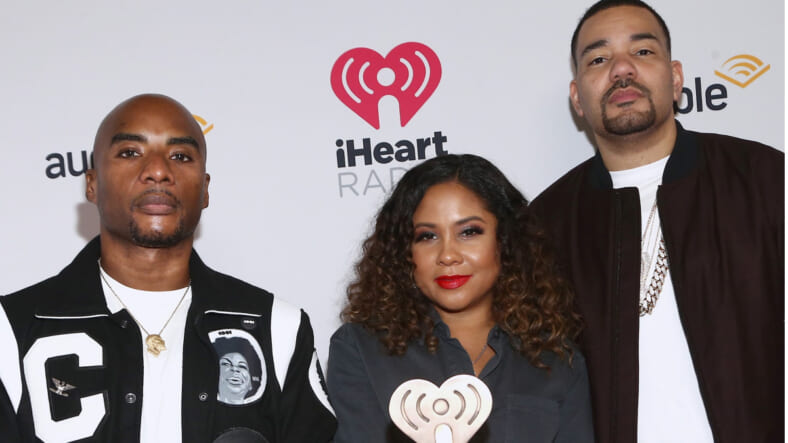 The Breakfast Club is an incredibly popular radio show that has legions of fans online, but after months of speculation is appears its hosts may be seeking to part ways sooner rather than later.

Last week While the hosts of State of the Culture which including Joe Budden, Remy Ma, Jinx, and Eboni K. Williams, dropped by the studio to talk about how they’d come up for the line up for their own show.

During the discussion Budden that originally there had been some chatter of rapper Azealia Banks joining him as a cohost. However, when those plans fell through, Remy, whom he works with on Love and Hip Hop: New York ended up nabbing the spot.

Remy chimed in that even though the show didn’t pay a lot and she’d only agreed to a short-term contract, she ultimately had such a great time on the show that she’s now looking forward to renegotiating with Revolt for a longer stint.

This seemingly innocent conversation about contracts is what lead to Budden inquiring if Charlamagne, Angela Yee and DJ Envy if they’d renegotiated their own contracts. And that’s when things suddenly became incredibly awkward.

“Aw naw,” responded Charlamagne who was then met by silence. Co-host also Angela Yee said no. With DJ Envy being the only one who confirmed held resigned his contract and would definitely be back.

“It’s renegotiation time. I wanted the shortest contract possible,” Yee answered honestly before hinting that she was still keeping her options open. “You never know if something else happens, who wants to be stuck if that’s not… Who knows?”

“We’re always getting syndicated and more markets, over 100 now,” she added.

Never one to miss an opportunity, Remy chimed in by stating that she and Eboni would be more than happy to fill in if any of the host seats needed to be filled, to which Charlamagne said, “Probably gonna happen.”