Philonise Floyd insinuated that the president didn’t really care about what the grieving family wanted to say and understand their needs. 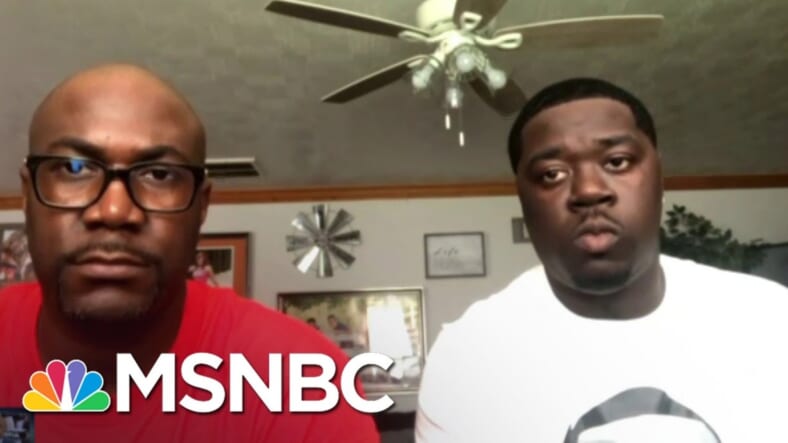 It seems that Black lives actually do matter … especially if you have a presidential election coming up and you have to seem presidential.

At least that is what George Floyd’s brother Philonise felt after speaking briefly to Donald Trump, the nation’s Commander in Chief. 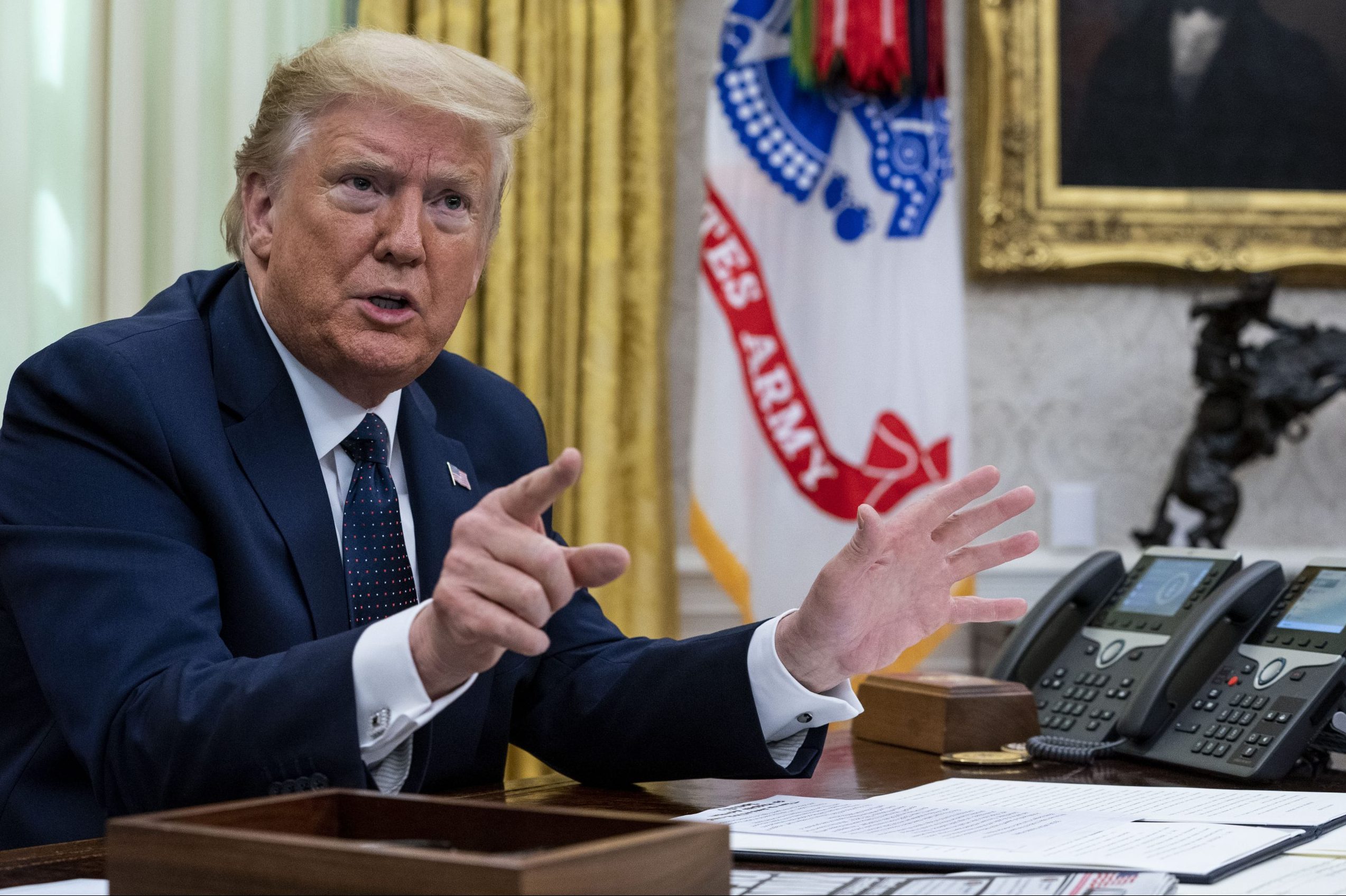 U.S. President Donald Trump speaks in the Oval Office before signing an executive order related to regulating social media on May 28, 2020 in Washington, DC. Trump’s executive order could lead to attempts to punish companies such as Twitter and Google for attempting to point out factual inconsistencies in social media posts by politicians. (Photo by Doug Mills-Pool/Getty Images)

President Trump called and spoke to Philonise days after his brother was “murdered by knee” on Memorial Day.  The tradition of presidents reaching out to victims of brutal and outrageous tragedies in America goes back to the birth of the nation. It is a tool to show the tenderness of the executive’s heart and as classic a political move as kissing a baby.

While being interviewed by Rev. Al Sharpton, Philonise shared what the call was like. who His nephew Brandon Williams and their family attorney Benjamin Crump joined him during the interview.

Philonise Floyd says he spoke with both @JoeBiden and @realDonaldTrump about the recent modern day lynching of his brother #GeorgeFloyd. Philonise said Trump didn’t give him the opportunity to speak. #PoliticsNation pic.twitter.com/w0awRQ6cQh

After an expressive “psshhh,” the brother explained that Trump didn’t really let him talk, insinuating that the president didn’t really care about what the grieving family wanted to say and understand their needs.

“It was so fast, he didn’t give me an opportunity to even speak,” he said.

“It was hard. I was trying to talk to him, but he just kept, like, pushing me off, like I don’t want to hear what you’re talking about,” said the visibly upset brother. “And I just told him, I want justice. I said, that I can’t believe they committed a modern-day lynching in broad daylight.”

Not surprisingly, Trump believed the call was successful, thoughtful, and evidence of his great compassion as a leader. He told that world that in several speeches that he has made since the call.

“The death of George Floyd on the streets of Minneapolis was a grave tragedy. It should never have happened. It has filled Americans all over the country with horror, anger, and grief.” pic.twitter.com/lirAMSv4Wo

“The death of George Floyd on the streets of Minneapolis was a grave tragedy. It should never have happened. It has filled Americans all over the country with horror, anger, and grief,” he said.

He declared to have extended his sorrow on behalf of the nation to Floyd’s family.

“I stand before you as a friend and ally, to every American seeking justice and peace.” The president continues, “And I stand here before you in firm opposition to anyone exploiting this tragedy as an opportunity to loot, rob, attack, and menace.”

This is a swift shift from his response the only one day before when he refused to speak to the press about Floyd’s death or the family.

The presumptive Democratic president Joe Biden also spoke to the Floyd family. He did not set up a press conference, nor did he bring it up in his interviews. In one interview with Don Lemons asked him about and he shared tastefully:

“It was a private call. As I said before, I am deeply grateful that they took the time” Biden shared, “I was truly impressed with their presence and their grace imaginable painful time.”

Biden had a sense of understanding of how the family felt as he’s suffered personal losses. Saturday marked the fifth anniversary of Biden losing his son Beau to brain cancer.

“I tried to give them solace in terms of the memory and meaning of George’s life would live with them,” Biden said.

“This is what I am impressed with. I do not have permission to talk about their internal conversation, they are a family that’s close … cousins that are like brothers … The kids.  The mom who passed away … they are all together. They are a unit.”

Biden also noted that Floyd seemed to be the glue that held them all together. How did the former vice president know this? He listened. Something that the POTUS did not.

Philonise did share what he transpired on the call: “I asked vice president Biden … and uh … I never had to beg a man before … but I asked him could he please get justice for my brother.”

He continued with justifiable emotion, “Please, I need it. I did not want to see his brother on a t-shirt, just like the other guys. Nobody deserved that, Black folks don’t deserve that.”

Biden, the gentleman from Delaware, did not reveal that a broken-hearted brother begged him for anything.

Floyd was murdered on Memorial Day after a police officer that he used to work with last year used an inappropriate chokehold on him that resulted in his death. Derek Chauvin, the former Minneapolis police officer charged for murder in Floyd’s death, is now being closely watched by county jail staff.