Like many people who have seen the video of the disgraced cop’s tactics to “subdue” a forgery suspect, the civil rights lawyer was shocked when the MDP arrested their brother in blue on the charge of third-degree murder.

Surely, the eight minutes of footage and newly released audio bears witness to intention, they would argue.

However, the city officials note that their charges were not closed and could be expanded as more information is discovered throughout the investigation. However, Crump believes that there is sufficient evidence already presented to argue for the first-degree charge.

Crump laid out his view to Face the Nation about what information he has shared with the family.

“Hopefully upgrading these charges to first degree murder because we believe he knew who George Floyd was.” pic.twitter.com/nydHhSW1hE

“I’ve talked with his family ad nauseam because you can imagine after seeing the police have his knee on his neck, not for one minute, not for two minutes, not for three minutes, but for over eight minutes while George pleaded, I can’t breathe, I can’t breathe, called for his mother,” he said to host Margaret Brennan.

“We now have the audio from the police bodycam and we hear where one officer says he doesn’t have a pulse, maybe we should turn him on his side. But yet, Officer Chauvin says ‘no, we’re going to keep him in this position.’ That’s intent.”

He also shared that the possibility of that Chauvin and Floyd knew each other through work, being employed as security simultaneously at a nightclub in 2019, only added to the reasoning for a first-degree charge.

Crump revealed, “His family has been notified by the owner of a club that Derek Chauvin was an off duty police officer while George Floyd was a security guard. And so they had to overlap.” 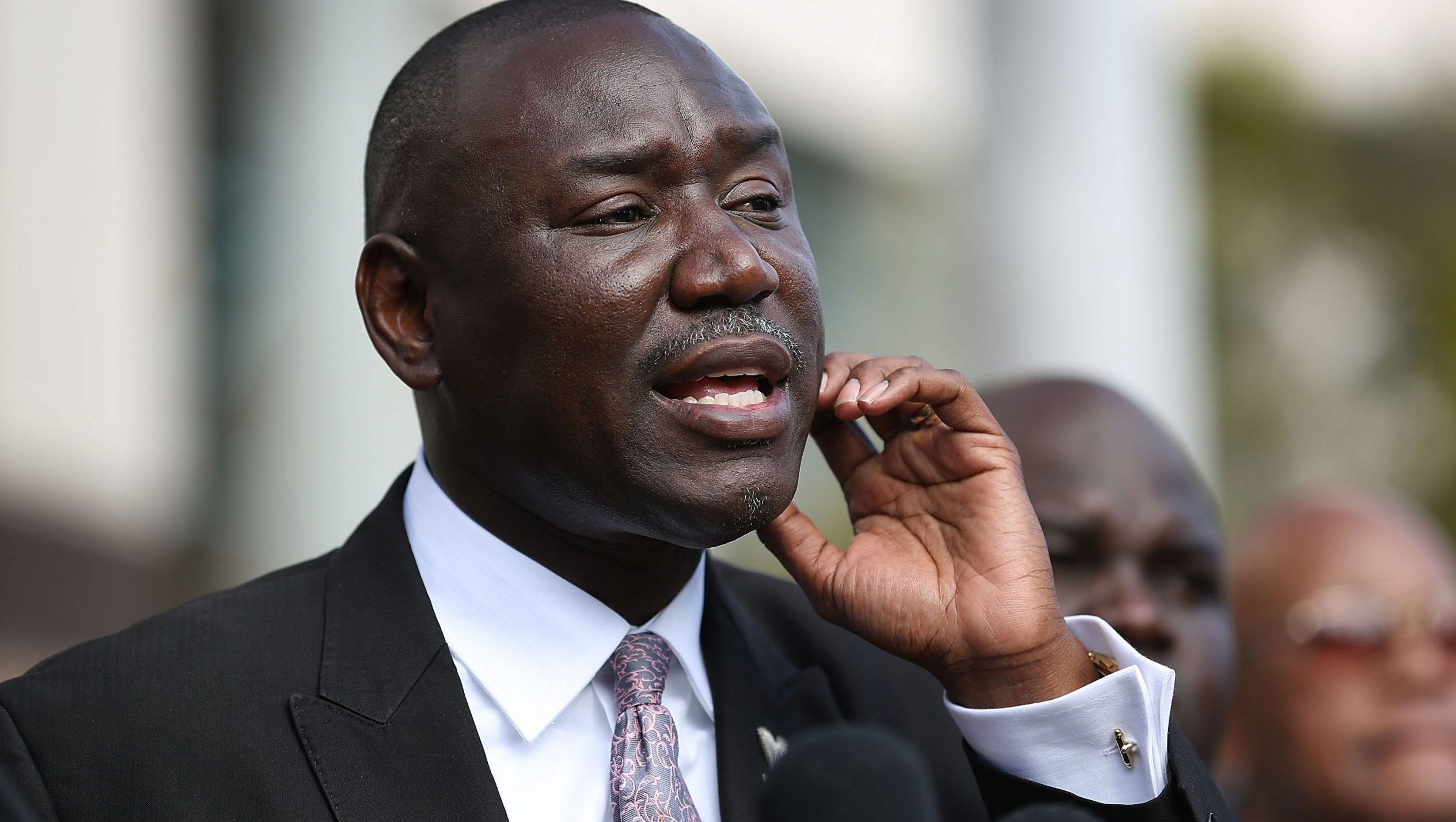 Benjamin Crump, an attorney for the Corey Jones’ family, speaks to the media during a press conference to address the shooting of Mr. Jones on October 22, 2015 in West Palm Beach, Florida. (Photo by Joe Raedle/Getty Images)

“That is going to be an interesting aspect to this case and hopefully upgrading these charges to first-degree murder because we believe he knew who George Floyd was.”

Finally, he addressed Floyd’s health and a defense strategy to arguments made to discredit the claim that his death was a result of Chauvin’s reckless behavior.

“At what point does it not be about detaining a man whose face is down with handcuffs, not posing any threat to an intentional will to cause bodily harm?” he questions. “And if that results in death, every prosecutor in America will show that that is first-degree murder. And I have to clarify this because we saw it in Eric Garner when they start talking about underlying health conditions and what drugs and alcohol he had in his system.”

Floyd died on Memorial Day after being accused of using a counterfeit bill to purchase cigarettes. While being detained, then Officer Chauvin placed his knee on his neck to keep his face down on the ground.

As Chauvin put his hand in his pocket and appeared to push down more, Floyd can be heard pleading for his life, and at one point, cried out for his mother.

This is minutes before he was limp and unresponsive and an hour before he was declared dead. An autopsy has not shared when he died publicly and the incident was captured on film by a 17-year-old bystander.