Fiona Moriarty-McLaughlin, an intern with the Washington Examiner, was filmed posing in Santa Monica as if she was holding a power tool near a building destroyed by looters. 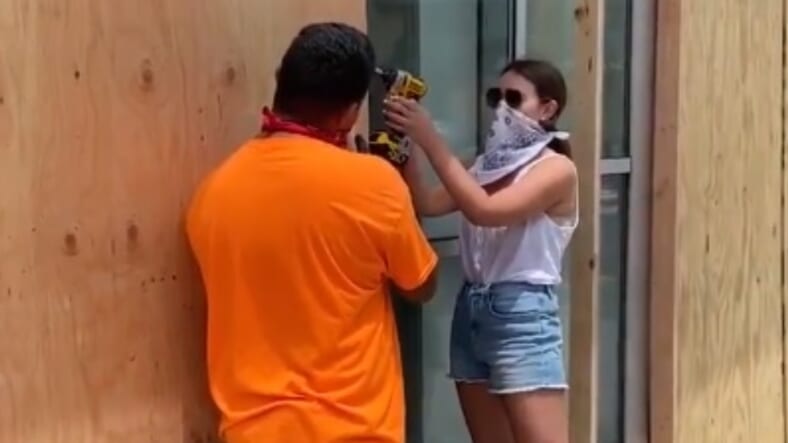 A journalist in California is facing backlash this week after a cringe-worthy video of her pretending to volunteer in the wake of the protests went viral for all the wrong reasons.

Fiona Moriarty-McLaughlin, an intern with the Washington Examiner, was filmed on Friday by a bystander posing in Santa Monica as if she was holding a power tool near a building destroyed by looters. 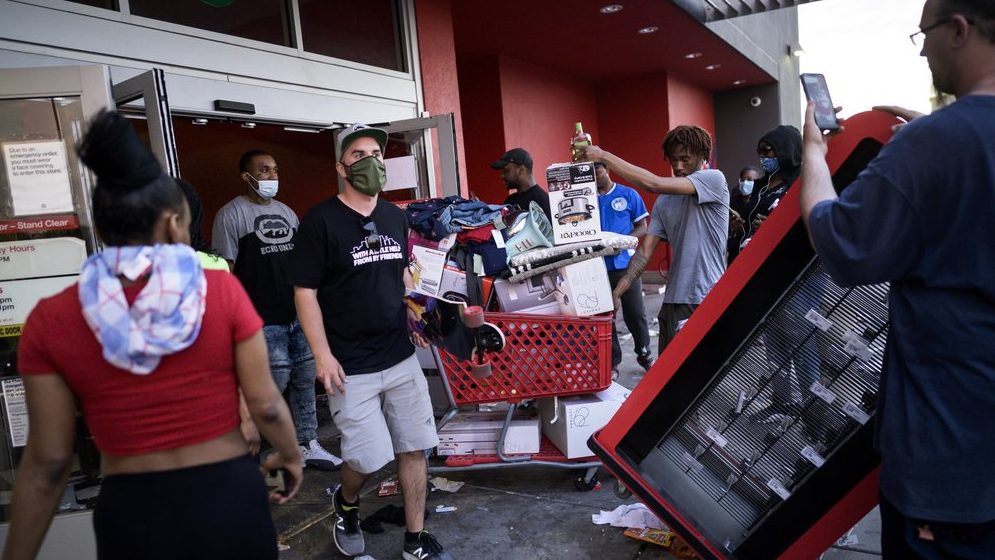 People get out of a Target store with merchandise, while protesters hold a rally for George Floyd in Minneapolis on Wednesday, May 27, 2020. (Aaron Lavinsky/Star Tribune via AP)

The visual was meant to make it seem as if she was repairing the damage done during the George Floyd protests, but as soon as the photo was taken, the young woman returns the power tool back to the local construction worker she borrowed it from, jumped back into her waiting vehicle and drove off as the bystander yells, “Good job, you guys! BLM!”

.@factswithfiona stopped someone boarding up a store in Santa Monica so she could hold the drill for a picture, then drove away. The video is now all over influencer tea accts. She’s since gone private but said nothing pic.twitter.com/K23qssYl0x

Online commenters were instantly outraged by Moriarty-McLaughlin’s attempts to use such a painful moment in the Black community as a backdrop for a photo-op. To add insult to injury some even pointed out that the black Mercedes-Benz she and her boyfriend drove off in was parked in a red zone.

Due to the pair of shades she wore along with a handkerchief being used as a makeshift facemask, Moriarty-McLaughlin’s identity was initially unknown. That is until online sleuths did some digging. New York Times journalist Taylor Lorenz confirmed who she was and shared her social media handle.

The video has since been viewed over 18 million times and been most notably retweeted by director Ava DuVernay with the caption, “You know what? I’m… I think I’m gonna put Twitter away for a few minutes before I throw this phone across the room.”

You know what? I’m… I think I’m gonna put Twitter away for a few minutes before I throw this phone across the room. pic.twitter.com/IfbFv1HvR2