The actress says that in order to counter brutality, good officers must speak up 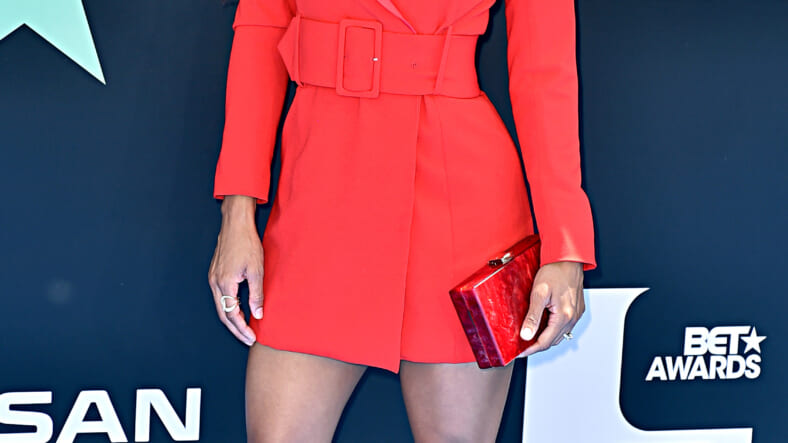 In the wake of the George Floyd protests which have sparked national debates about defunding the police, actress Meagan Good, whose father was a member of the LAPD for over two decades has some thoughts on the responsibility of “good cops” holding their counterparts accountable.

“I posted something a few weeks ago where I said something to the likes of ‘If you have 1,000 bad cops and you have 10 good ones, but the good ones don’t hold the 1,000 bad ones accountable, then you have 1,010 bad ones’ and that’s really how I feel,” the actress told Madame Noire during a recent interview.

“I do believe that there are some good cops out there,” Good continued. “However, if you fall in the realm of knowing what’s going on, seeing it firsthand, and not doing anything, I have a problem with that. I am realistic in understanding when cops speak out against other cops you are directly putting your life on the line. You can go into a drug bust and you can be the only one who doesn’t come out.”

Even though she believes her father was an “incredible cop,” that still doesn’t mean she’s pulling punches about what officers need to do to correct the ongoing issue of police brutality.

Happy Fathers Day Papa Bear. They’re aren’t enough words for how much I adore and love you ?

“If you do not feel safe, but you know some stuff is wrong and you need to be accountable then quit. Find a different job,” she advised.

“Do something different where you can look yourself in the mirror and you can have peace when you go to bed at night. If it affects you that way, which it should if you’re aware of it, then choose a different profession.”

The actress, who was out protesting in Los Angeles, also recently spoke to Essence about what she saw while on the frontlines.

OUT NOW! Welcome To The Family. Link in my Bio . (Additional video courtesy of @wearetotl )

“People are out there peacefully protesting, which they have a right to do in their streets, and because of the cop’s aggression and because of the way they were being brutalized to the point of hospitalization, that is why a lot of the looting started. And even though I don’t condone the looting, I understand it.”

She also noted that she’s “thankful that the news ultimately did start reporting the truth” about the protests in L.A. which she believes have in large part been infiltrated by interlopers who weren’t affiliated with Black Lives Matter.