The teaser for Paris Jackson‘s new reality show has been released and fans were surprised by the inclusion of archived footage of her and her legendary dad Michael Jackson.

Monday, Facebook Watch gave viewers a first look into the first season of its new series, Unfiltered: Paris Jackson & Gabriel Glenn. In the clip, The King of Pop makes an appearance. 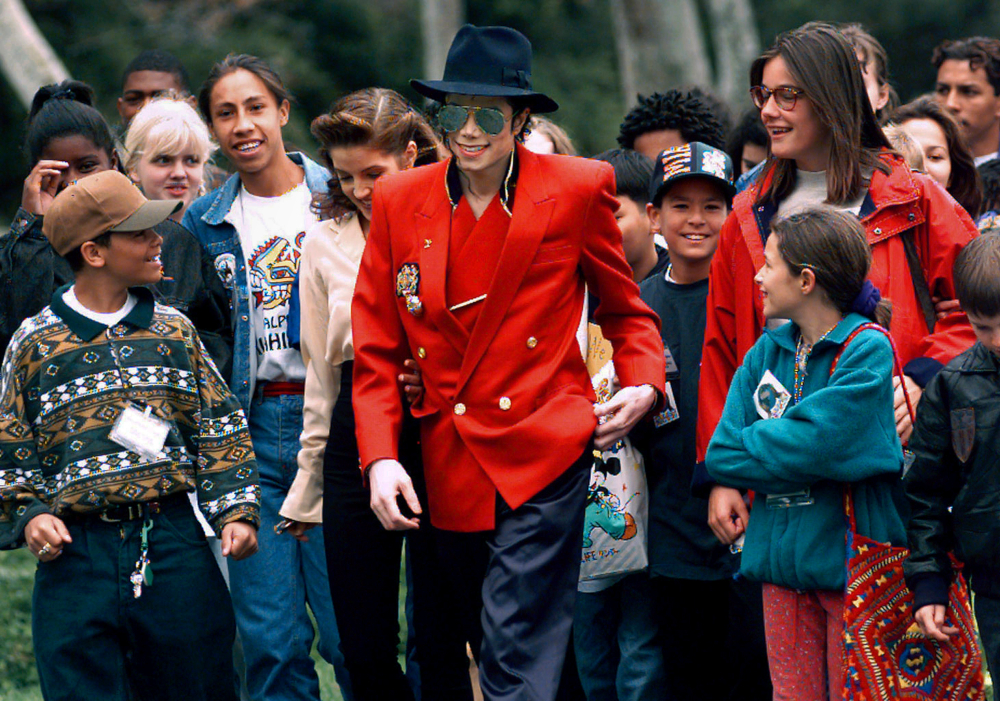 In this April 18, 1995, file photo, pop star Michael Jackson and Lisa Marie Presley, behind him at left, walk with children that were invited guests at his Neverland Ranch home in Santa Ynez, Calif. The co-executor of Jackson’s estate says he’s confident the late superstar’s supporters will be able to protect his legacy and brand in the wake of HBO’s “Leaving Neverland,” a documentary detailing allegations of sexual abuse. (AP Photo/Mark J. Terrill, File)

READ MORE: Meagan Good shares what she learned about cops from her police officer father

The touching home videos show the late pop icon interacting with a much younger Paris and when he asks what she wants to be when she grows up she quickly responds, “I do what you do,” adding, “dance and sing!”

Keeping true to her word the 22-year-old is now pursuing her music and the show is said to focus on her relationship with her musician boyfriend, Gabriel Glenn, and the formation of their indie band, “The Soundflowers.”

Touching moments aside, the one-minute teaser also addresses Jackson’s struggles with being in the public eye since her father’s passing who died in 2009. At one point, she admits that she has always been hesitant about sharing her life with the media and her father’s fans but is finally ready to change that.

“You see a kid grow up in the public eye, you forget that I am a human,” she says. “I was against letting the world in because it wasn’t a choice. I wasn’t ready then. But I feel like I’m ready now.”

You can check out the clip below.