The former ESPN personality is giving back with a mentoring program 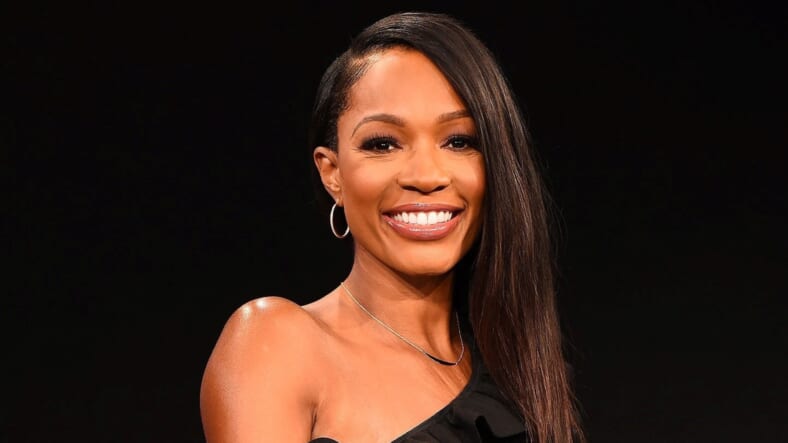 Cari Champion is a renowned broadcast journalist who’s hosted ESPN’s SportsCenter Coast to Coast, co-hosted of NBC’s reality competition series The Titan Games and will be launching a weekly talk show with Jemele Hill for Vice TV later this summer. As Champion adds more accomplishments to her name, she is ensuring that space and opportunity are available to others.

Brown Girls Dream is the nonprofit organization Champion created two years ago as a way of converting her experience into knowledge for the next generation of “bad*ss” leaders. The informal support system pairs young women of color between the ages of 18-27 with mentors in sports, entertainment and the arts.

“It’s a very informal mentorship, but the commitment is to being better and giving back, but more importantly, creating space. That’s our mission. That is our mantra. That is our theme, creating space for the next brown girl,” Champion says in an exclusive interview with theGrio.

She continues, “some of the opportunities don’t come to us like they come to others and we need to make sure that we’re at the front of the line.”

In an example of the kinds of hands-on experiences the organization favors, the San Francisco 49ers flew women and girls participating in Brown Girls Dream out for an immersive weekend.

“The girls had a full leadership day career day where they saw the different opportunities associated with and involved with running a franchise,” Champion recalls.

Hill, Champion’s co-host on the upcoming Disruptors with Jemele Hill and Cari Champion, is one of the program’s mentors. The former ESPN personality brings her wisdom as a thought leader, as co-founder of Lodge Freeway Media and now, as a writer for The Atlantic.

Other mentors include Kelley L. Carter, senior writer at The Undefeated, Entertainment Tonight correspondent Nischelle Turner and Kimberly K. Wilson, the VP Affiliate Marketing of Disney and ESPN. It’s a powerhouse collection of women determined to hold open the door for the next person coming through.

“All the mentors want to make sure that we know who we are rooting for and we’re championing,” Champion declares.

In turn, that community grows into a permanent sisterhood.

“They’re in for life,” Champion enthuses. “It’s like a sorority.”

Aziza Shuler started off as Champion’s assistant and worked closely with her to bring Brown Girls Dream to fruition. She is now a mentor, crediting Champion as an example.

“Just being around her, seeing the type of authentic woman she is, how she treats people, that molded me into a woman that wanted to treat other women the same way,” Shuler shares.

It’s that spirit which is allowing Brown Girls Dream to stand out on its own merits.

“Most of Cari’s followers or young women that look up to her initially wanted to be a part of the program because of its connection to her name. But now it’s becoming an entity in itself,” Shuler adds.

“So people know Brown Girls Dream, not just because it’s something that Cari Champion posted on her Instagram, but also because of the mentees that we have in the program. Their network is becoming what’s really spreading the word about the program.”

Marissa Marshall is a mentee who joined as a junior in college. The program has helped her lay foundations in her professional career.

“Being a part of the program has kind of helped me open my eyes to different opportunities and the way I should carry myself, especially in the corporate space,” Marshall explains.

It is around this time of year that Brown Girls Dream would be getting ready for a retreat to introduce the new members to the organization. The ongoing coronavirus pandemic has altered those plans but not their resolve to be difference makers.

The mentees are using Zoom and social media to stay in contact and share their thoughts on the pandemic and on racial injustice.

“I’ve noticed, especially with the girls in the program, you’re dedicated to it. You know, they’re just leaders. We’re just out here finding future leaders to change the world,” Champion says.

Champion just wants to make sure the girls and women in the program are all seen and heard and that is what grounds her purpose.

“God has blessed me, and I have no complaints. I almost feel almost a little bad for that right now, but I know, because He knows, the work that needs to be done. My goal is to basically use my platform to help others,” she states.

“I appreciate how He has blessed me with different platforms so that I can do that. I’m good as can be. I’m booked and busy.”

“Black people in general, there’s a mentality that there can only be one and we feed into that and as a result, we end up battling for the same spots but everybody can eat. There’s room for all of us to eat,” she says.