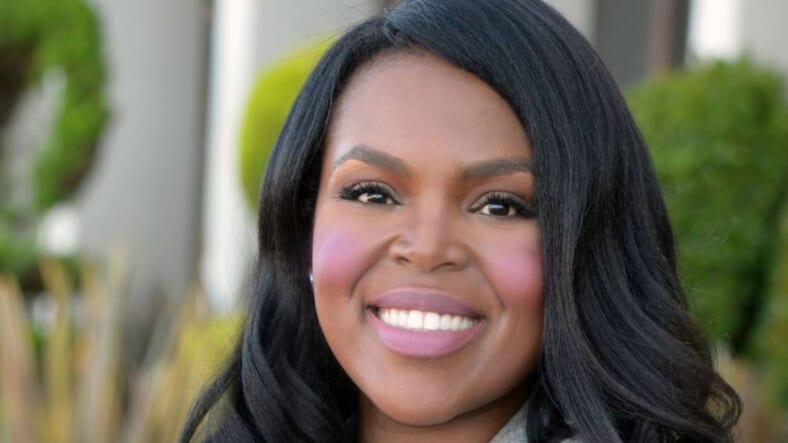 Compton’s mayor and civil rights activists allege that the Los Angeles County Sherrif’s Department is dangerous to the community and are demanding a federal investigation into their practices.

Mayor Aja Brown recalled an incident last year where she and her family were ambushed by a Compton sheriff’s deputy, KABC reports. She shared the details outside Compton City Hall this week.

“I rolled my window down and asked why I was being pulled over,” Brown said. “Within seconds almost seven to nine sheriff deputy vehicles descended upon the scene.”

The deputies claimed she had run a red light, a charge she denies. Brown describes how she was treated like a “criminal” for the supposed traffic stop.

“They ordered me out of my vehicle and they asked me to put my hands on top of the police vehicle so they could search me as if I were a criminal,” Brown said. “Mind you, I was accompanied by my husband and my infant daughter in the back seat. I did not look like someone that is trafficking drugs.”

Deputies from the Los Angeles County Sheriff’s Department’s Compton patrol proceeded to also search her car and her husband for drugs. She was given a ticket that was ultimately rescinded. Brown says the encounter traumatized her daughter.

“My infant daughter was screaming at the top of her lungs,” Brown said.

Brown filed an official complaint with LASD but doesn’t feel that they provided answers for why she was stopped. She decried the lack of accountability.

“They terrorize the community and then they cover their tracks,” Brown said. “It is unacceptable, we will not take this.”

Brown’s revelation was made against the backdrop of a federal and state civil rights probe on the LASD’s Compton patrol station. The requests for an investigation were sent to U.S. Attorney General William Barr and California Attorney General Xavier Becerra.

“We demand justice from the Compton sheriffs and we will no longer continue to pay you $22 million to terrorize this community,” said Mayor Brown.

The letters allege that a gang of sheriff’s deputies was formed in the department. The officers had matching “Executioners” tattoos to show allegiance to the faction.

Deputy Art Gonzalez, who worked in LASD for five years, is the whistleblower who filed a government claim, considered the precursor to a formal lawsuit. Gonzalez sheds light on “Executioner” deputies celebrating shootings with tattooing parties and setting illegal arrest quotas. He alleges he was retaliated against for coming forward earlier this year.

“Deputy Gonzalez, he’s afraid for his safety right now as he should be,” attorney Alan Romero told Eyewitness News. “This is a violent gang, you know – violence, shootings, beatings.”

The LASD released a statement on Tuesday and say they welcome oversight.

“We are aware of the allegations regarding Compton Station and have launched multiple investigations. Early on, the Sheriff invited the Federal Bureau of Investigation to conduct their own investigation and information is actively being shared with them,” the statement read.

However, not everyone is convinced LASD is sincere.

“We send a clear message to the L.A. County Sheriff’s Department that you clean up your house, get your house in order or we will surely help you do that,” Compton Mayor Pro Tem Michelle Chambers said. “You have Executioners, you have gangs in your house!”