Swizz Beatz and DJ D-Nice spent most of the pandemic giving artists their flowers and now they will be honored for their own contributions. 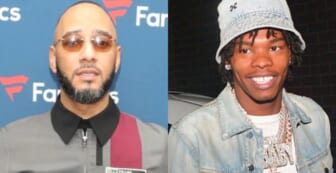 Culture Creators is returning for its fifth annual Innovators & Leaders Awards Brunch, in partnership with YouTube. The event will be held on June 26 at the Beverly Hilton Hotel in Beverly Hills and be broadcast on July 1 on the Culture Creators YouTube Channel at 5 p.m. PST/8 p.m. EST.

According to a press release Tuesday, Culture Creators wants to celebrate “distinguished, diverse leaders.” As such, Swizz will be receiving the 2021 Icon Award for making strides in music and for his accomplishments. One of those was the ingenious idea of creating Verzuz at the height of COVID-19 last March, which featured artists in a friendly competition over their discographies.

It has since evolved from weak Wi-Fi connections between Kenneth “Babyface” Edmonds and Teddy Riley to larger-than-life productions boasting rap superstars Eve and Trina. 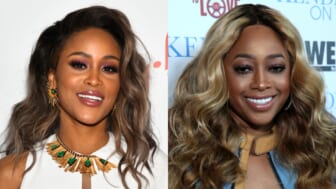 Swizz–born Kasseem Daoud Dean— shared with theGrio earlier this year his and Timbaland’s purposeful intention in bringing more Black creators into the fold. The two producers partnered with the Triller Network and share equity with their peers.

“Me and Timb made [Verzuz] Black-owned,” Swizz explained. “Now, we’ve brought 43 more Black creatives as owners and shareholders in Verzuz Triller. It’s a new day, it’s a new beginning and showing people that everybody can win. Everybody can eat,” he continued.

“Everybody can go to the finish line with you instead of just saying, ‘Okay, thanks for coming. We’ll see you later.’ Me and Timb, we thought it was important to share everything and it’s been great. So just expect more greatness because we’re more charged up now than ever.”

Derrick “D-Nice” Jones will get the nod for his Club Quarantine during the pandemic, which uplifted the Black culture during the shutdown of live venues. He had the presence of mind to start spinning classic R&B, soul, and hip hop tunes on Instagram as the pandemic continued.

He made his spins a cultural event that drew the attention of former first lady Michelle Obama, Janet Jackson, and Rihanna, among others.

D-Nice told theGrio last year that he was inspired by simply being home alone.

“I was self-isolating. My family is in another state. I was here alone and woke up and just decided that the best thing for me was to be still because I’m constantly going, and I just wanted to be still. It wasn’t about coming up with any ideas or anything,” he said. 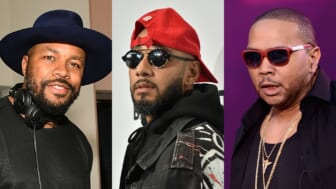 “I just decided [that if] I can’t be with anyone I want, to just play music,” he added.

Other honorees include NBA star JaVale McGee and multi-Grammy and Emmy award-winning producer and showrunner Rikki Hughes who will also be recognized as a trailblazer widening the lens of Black culture.

There will also be featured performances by #YouTubeBlack Voices Fund Artists by Jensen McCrae and Yung Baby Tate. Swizz and D-Nice have not yet commented on their latest moment of recognition but both men have been highlighted for providing a respite during the once-in-a-lifetime pandemic.

As reported by theGrio, Swizz, D-Nice, and Timbaland all received the ASCAP Voice of The Culture award during the virtual event on Tuesday, which honors “top songwriters, composers and publishers behind the most performed R&B/hip-hop, rap and gospel songs of the past year.”