Naomi Campbell opens up about daughter for the first time: ‘A dream child’

Naomi Campbell is opening up about her daughter for the first time, calling her “a dream child.” 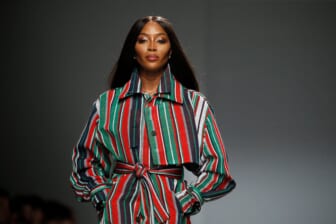 As TheGrio previously reported, the supermodel ushered in a new phase of her life this summer: motherhood. Campbell welcomed her first child in May, announcing the little bundle of joy’s arrival on social media.

She wrote to her followers, “A beautiful little blessing has chosen me to be her mother. So honoured to have this gentle soul in my life there are no words to describe the lifelong bond that I now share with you my angel. There is no greater love.”

In a recent interview with BBC HARDTalk, Campbell opened up about becoming a first time mother just before turning 51. She explained, “I’m really lucky, I think I have a dream child. She’s wonderful, she’s so very independent already.”

“Very smart, alert, sleeps 12 hours…good girl,” she adds in the interview. She also added that she is going to instill all the values she grew up with to be a strong, independent woman. “Right down to the hygiene part,” she adds, referencing her much talked-about meticulous cleanliness.

During the in-depth interview, Campbell also opened up about her take on the Prince Harry and Meghan Markle‘s highly-profiled step-back from the royal family and the claims of concern surrounding Prince Archie’s skin tone.

She shared, “Do I think it was said? Probably, absolutely it was said…I can’t comment for something that I don’t know and I wasn’t there, I need to hear it for myself. Have I had it said to me, is what I can talk about…yes, many times. When I understood in my business at 18-years-old what I was up against, I opened my mouth and I continue to open my mouth, and I never closed my mouth.”

She continued to explain that she was labeled for speaking out and often didn’t get jobs because of it, “especially in the U.K.” 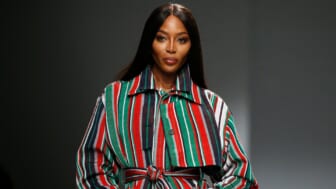 As TheGrio previously reported, Campbell recently opened up to The Cut about her long and esteemed career. She told the outlet, “I don’t have a problem looking at myself in the mirror anymore and facing and owning who I am…and for sure when I was younger, I wasn’t always using it in the right way. It takes growth.”