The Leakes were married for 24 years, and Gregg became publicly known over the 12 seasons of "The Real Housewives of Atlanta."

According to a TMZ report, the reality TV star is seeing businessman Nyonisela Sioh. He hails from from Liberia, Africa, and is the owner of a couture suit company in Charlotte, North Carolina. TMZ says the two were introduced by friend and fellow RHOA cast member Cynthia Bailey.

The widow recently celebrated her 54th birthday with a party set up by son Brentt at her social club, the Linnethia Lounge, in the metro Atlanta area.

The party was reportedly attended by celebrity friends such as Keke Wyatt and Porsha Williams, and in a video from the gossip site, NeNe can be seen dancing with Sioh as a DJ pays tribute to her.

As previously reported, Gregg Leakes, 66, passed away in September after a lengthy battle with colon cancer. He made his transition in his home, surrounded by family.

The Leakes were married for 24 years, and Gregg became known via 12 seasons of The Real Housewives of Atlanta. An investor and real estate entrepreneur, he was often seen as a voice of reason for his outspoken wife. The couple got married in 1997, divorced in 2011, only to remarry two years later in 2013. 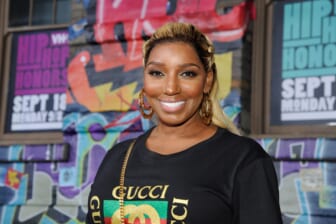 Gregg Leakes was the father of six, including one son, Brentt, with NeNe.

Weeks after his death, NeNe revealed some of the words her husband shared with her. 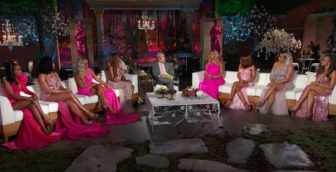 “We talked a lot,” she said, “and we made peace with what was happening.”

NeNe said his last words to her were: “I’m not going to leave you. God is going to bless you.” She noted that her husband “said he wanted me to move on with my life.”