The actress-singer is scheduled sing the Black national anthem before kickoff of Super Bowl LVII.

Sheryl Lee Ralph is slated to perform “Lift Every Voice and Sing” before the start of Super Bowl LVII. The game is scheduled to air live Feb. 12 on Fox.

Ralph announced the news on Tuesday via her Instagram page. “Come on now. Don’t you ever give up on you baby! I’ll be singing “Lift Every Voice and Sing” at Super Bowl LVII – See you there,” she wrote.

Ralph is the latest Super Bowl performer to be announced. Kenny “Babyface” Edmonds, 11-time Grammy Award-winning singer-songwriter-producer, will perform “America the Beautiful” before kickoff, while country music star Chris Stapleton will sing the “Star-Spangled Banner,” according to Vanity Fair.

Rihanna will headline Apple Music’s Super Bowl Halftime Show, which Roc Nation is producing. The “We Found Love” singer-entrepreneur began making her highly anticipated return to music last November with the release of “Lift Me Up” from the “Black Panther: Wakanda Forever” soundtrack. It was her first song released since her 2016 album, “Anti.” 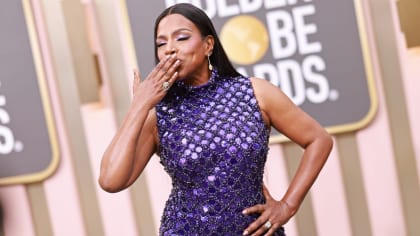 Also Read:
‘There’s nothing wrong with your nose’: Sheryl Lee Ralph gives advice to 15-year-old self

Meanwhile, Ralph (“Abbott Elementary”) is best known as an award-winning actress today but is also an accomplished vocalist. She became a star as one of the original cast members of the hit Broadway musical, “Dreamgirls.” She received a 1982 Tony Award nomination for portraying Deena Jones, one of the show’s leads.