FIRST LOOK: Sanaa Lathan in Netflix’s ‘Nappily Ever After’ 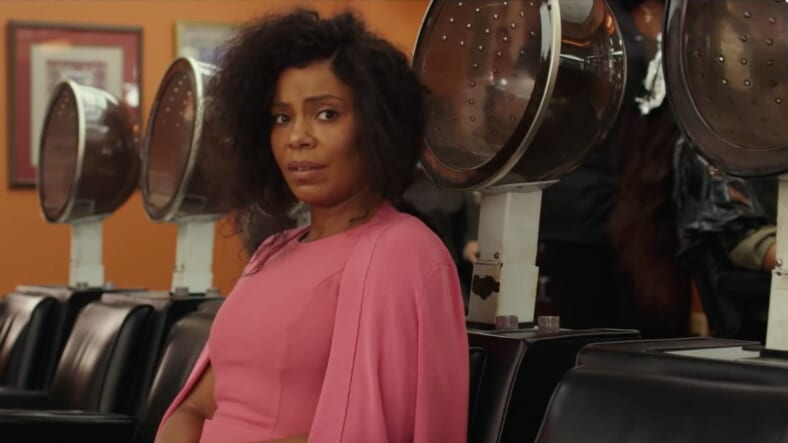 It’s almost time for Netflix to premiere its highly-anticipated film, Nappily Ever After and we’ve got the first trailer of the flick that stars Sanaa Lathan.

Adapted from best-selling author Trisha R. Thomas’ novel of the same name, comes a romantic comedy following a seemingly perfect Violet Jones as she takes an emotional journey through life, love, and hair. The movie is directed by Haifaa Al-Mansour and will hit the streaming service on September 21. She was clearly committed to playing the part perfectly because she shaved her head for the role.

Violet Jones  (Lathan) has a seemingly perfect life — a high-powered job, an eligible doctor boyfriend and a meticulously maintained, flawless coiffure.  But after a life-changing event doesn’t go according to her plan, and a hair-raising incident at the hairdresser, her life begins to unravel. Eventually, Violet realizes that she was living the life she thought she was supposed to live, not the one she really wanted.

Aside from starring in the flick, Sanaa Lathan also serves as a producer alongside Tracey Bing, Jared LeBoff and Marc Platt.  The script was written by Adam Brooks and Cee Marcellus, and also stars Ricky Whittle, Lyriq Bent, Ernie Hudson and Lynn Whitfield.

Netflix is going full-steam ahead with their mission to increase representation for Black stars and content creators and its latest line up is full of gems from some of our favorites.