WATCH: Will Black people step up and step out to the polls for the midterm elections? 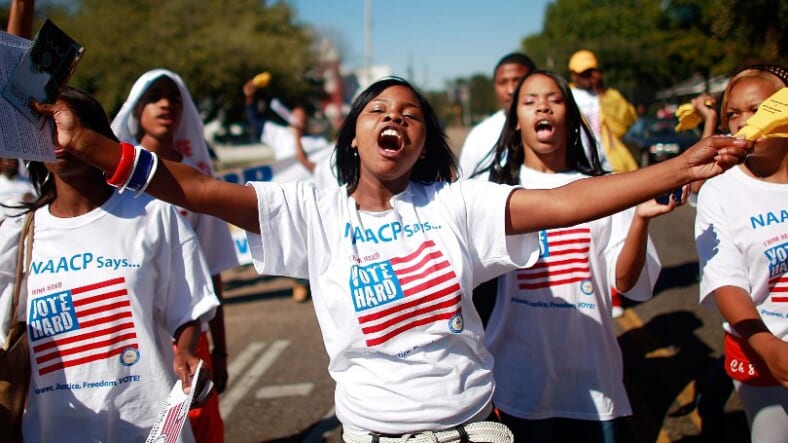 College students on the NAACP’s “Vote Hard” bus tour got out the Black vote for the midterm election. (Photo by Mario Tama/Getty Images

There’s nearly a month to go before the 2018 midterm elections and thankfully, there are a number of promising candidates on ballots throughout the country who can have a positive impact on the Black community.

Even with all this going on, there’s still a major concern that Black voters won’t show up to the polls because we are convinced that our voices aren’t being heard, changes will never be made and an overall misconception that our votes don’t count. Not to mention, there are other systemic issues like efforts to suppress the Black vote by prohibiting formally incarcerated people from voting or new and confusing voter ID laws.

There are many ongoing efforts to encourage Black people to register to vote including former First Lady, Michelle Obama’s, initiative “When We All Vote” and the NAACP’s “Power of 5” campaign, which asks each person to register five people to vote and then get those five people to go with you to the polls.

With all that going on, are Black people energized enough to show our political significance on November 6? TheGrio took to the streets of New York City and here’s what we found out.