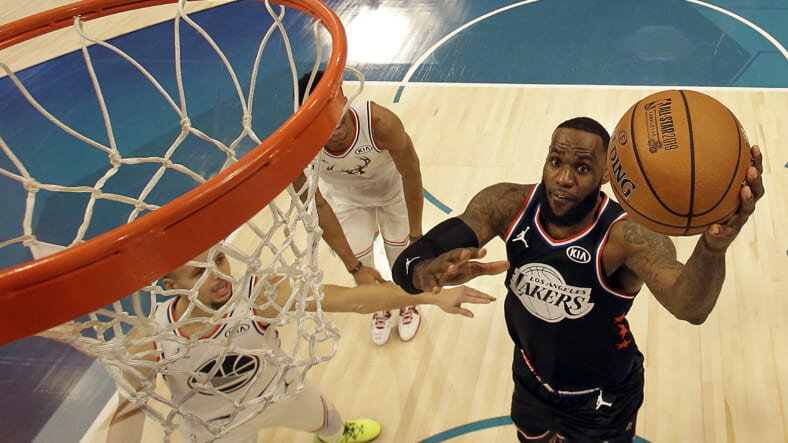 LeBron James confirmed during an interview at NBA All-Star Weekend, that Space Jam 2 is set to start filming this summer, The Crossover reports. This sequel is based off of the original film starring top of his game Michael Jordan.

LeBron got the kids in Charlotte excited about Space Jam 2, which starts filming this summer pic.twitter.com/qqJwCNy1b8

The long-awaited sequel of this movie cult classic will be produced by Black Panther director Ryan Coogler.

According to The Hollywood Reporter, the film will pick up where the original movie left off and James will fill the role once played by Jordan.

The gig will be James’ first starring role in a feature film. Space Jam 2 is also the first movie Coogler has taken on since shattering records with Marvel’s Black Panther last year.

“I loved his vision” for Black Panther, James told THR noting he grew up without any Black superheroes. “So for Ryan to be able to bring that to kids, it’s amazing.”

The sequel will be directed by Random Acts of Flyness creator, Terence Nance.

He previous told Vice that the movie will “disrupt everything.”

“Pretty sure [it’s] going to disrupt everything,” he told Vice. “I’m excited about what that movie can be.”

The movie’s budget is estimated at $100 million.

“The Space Jam collaboration is so much more than just me and the Looney Tunes getting together and doing this movie,” James previously said. “It’s so much bigger. I’d just love for kids to understand how empowered they can feel and how empowered they can be if they don’t just give up on their dreams. And I think Ryan did that for a lot of people.”