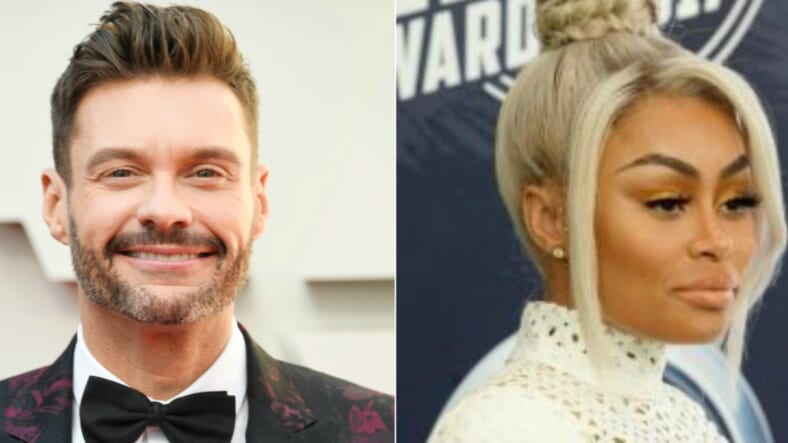 Blac Chyna wants Ryan Seacrest to help her go after the Kardashians but according to his lawyers, he has no intention of doing so.

According to The Blast, Seacrest believes there is no reasonable cause for Chyna to depose him or demand he turn over private communications that took place between him and members of with the Kardashian family.

The video vixen is currently engaged in a legal battle against Rob Kardashian and his family, over the cancellation of their E! reality show Rob & Chyna. In her lawsuit the mother of two sued Rob and claims his sisters Khloe, Kris and Kylie interfered with the production of her show. Chyna says that their sabotage is what led producers and the network to prematurely cancel the show, which caused her substantial financial losses.

The Kardashians deny all these allegations, but Chyna believes Seacrest and his personal emails could both prove her suspicions and show the family intervened in her business dealings.

The Blast reports,  Chyna also wants all of the documents linked to the show’s renewal, meeting records with Seacrest, Kim, Khloe and Kylie about canceling her show, and all pieces of information about the beginning of “Life of Kylie.’”

Seacrest maintains that he has nothing to do with the case against Rob and his sisters. In his objection to her motion, he points out that Chyna has failed to prove he has any unique knowledge of the case besides: “(1) a single tweet in which Mr. Seacrest merely referenced the existence of the subject television show and (2) irrelevant text messages from Mr. Seacrest in which he checked in on the health of Defendant Robert Kardashian (“Robert”) in connection with events that are not even at issue in this case.”

Seacrest is also taking things a step further by asking the court to sanction Chyna to pay $2,460 for his legal fees.