Despite a legal tug-of-war over who would be guardian to the slain rapper's 10-year-old daughter, she will remain with his sister 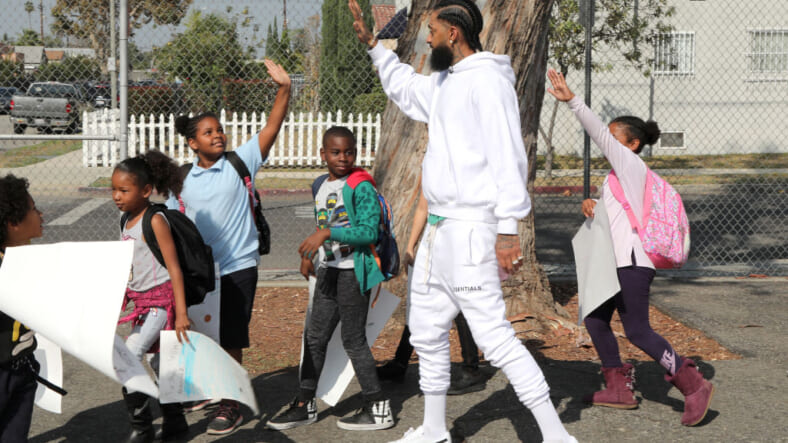 A court in California has ruled that the 10-year-old daughter of slain rapper Nipsey Hussle will remain with his sister and not be returned to her mother, multiple news organizations are reporting.

Since Hussle was gunned down back in March in front of the Los Angeles store that he owned, his daughter, Emani Asghedom, has lived with his sister, Samantha Smith, TMZ reports.

The rapper’s family believes the girl’s biological mother, Tanisha Foster, is not fit to care for her. The mother left the courtroom angry, the news organization reported. Her lawyer, Larry Lewellyn, told TMZ that he and the family are working on a visitation schedule for Foster that will be in Emani’s best interest.

On Monday, TMZ reported that a bench warrant had been issued for Foster because she did not appear in court on May 15th on a previous DUI case dating back a couple of years. Foster pled no contest in the case and was on probation, according to the news organization.

The news organization reported she has a long criminal record that includes resisting arrest and disturbing the peace in 2006. Hussle’s family is seeking custody of the little girl and does not believe Foster is capable of bring a fit parent, according to TMZ.

During a guardianship hearing last week, Foster broke down in tears when she was reunited with her daughter for the first time in months, according to Rap-Up.com. The judge cleared the courtroom for 20 minutes to give mother and daughter some time together.

Hussle, whose given name was Ermias Joseph Asghedom, was fatally shot on March 31 out side of his Marathon Clothing store in Los Angeles. The 33-year-old rapper was hailed as an activist and entrepreneur who was working to compel gangs to come together in peace. Aspiring rapper Eric Holder was arrested and charged in the murder.