The mother of the student believes the attack was racially motivated. Meanwhile three individuals are in custody in connection 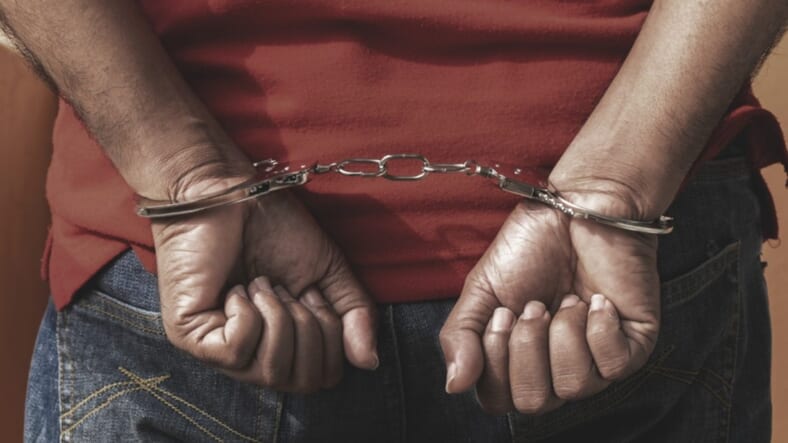 Three California teens were arrested Tuesday and charged with the brutal beating of a special education student that was recorded and went viral.

The unidentified student attended Poly Academy of Achievers and Leaders in Long Beach, and was confronted by and an 18-year-old man and two teenage boys on May 15 who viciously punched and kicked him as he tried to run away and break free, reports the Long Beach Post.

The assault outraged family and community members who believe the attack was race related and demanded action to ensure that violence incidents like this are prevented in the future, especially since there has been a history of racially charged fights called “jumpings.”

Bryan Blancas, 18, is a suspect who was arrested on suspicion of attempted murder and participating in a criminal street gang, according to court records. His bail stands at more than $1 million.

Additionally a 16-year-old boy and a 17-year-old boy were arrested on suspicion of assault with a deadly weapon that is not a firearm. Both are being held in juvenile detention.

Their names are being withheld because of their age.

“Gang detectives, in conjunction with patrol officers, worked through the weekend to identify the suspects involved in this assault,” police said in a news release.

“The Long Beach Police Department will maintain a heightened presence in the area and reminds the community to report any criminal activity directly to police,” police said.

“Posting a video or status update on social media should not be a substitute for a crime report. If an incident is not reported, it hinders our department’s ability to fully investigate the incident to create a safer environment for our students and community.”

The mother of the special ed student Rasheena Mccord said her son was beaten for several minutes by the group. One student, she said, even wore brass knuckles. Mccord said Black and Latino students were also targeted last Thursday and Friday and there are videos that show the attacks that she believes were racially motivated.