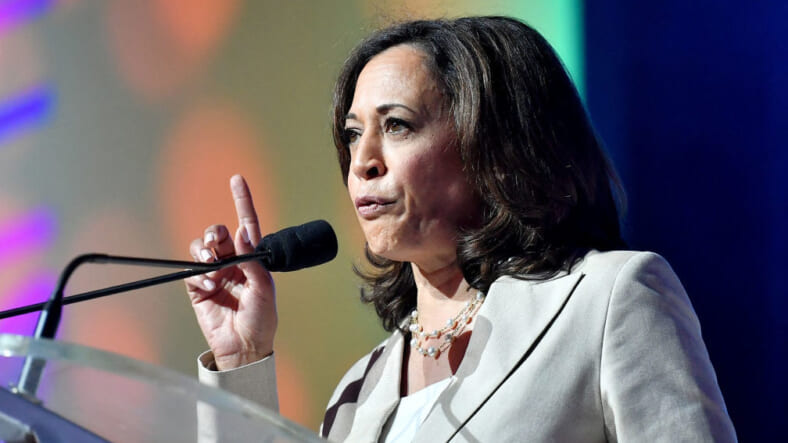 Just a few days before the next Democratic debate, Sen. Kamala Harris has released her official plan to completely overhaul the criminal justice system, addressing the nearly 2.3 million people in the nation’s prisons and jails today.

Harris, who is a former prosecutor and California Attorney General, says her intention is to focus on “fairness,  rehabilitation, and accountability to build trust and safe communities.”

“My entire career has been spent making needed reforms and fighting for those who too often are voiceless — from young people arrested for the first time and getting them jobs instead of jail, to grieving Black mothers who wanted justice for their child’s murder as the system ignored their pain,” says Harris.

“This plan uses my experience and unique capability to root out failures within the justice system. We can end mass incarceration and combat the bias and racism that fuels it. We can ensure accountability for all parts of the system to build foundations of trust in our communities. We can stop profit from incarceration and stop criminalizing poverty. As president I’ll fix this broken system to make it fairer and more accountable for communities across the country.”

Here are just a few details from her very comprehensive plan:

End Mass Incarceration: Harris plans to use a significant amount of federal dollars to support social programs at the state and local level to ultimately improve public safety. This will include creating jobs and job training and providing housing, transportation, food security, education, medical and mental health care, including trauma recovery.

Legalize Marijuana: Harris is ready to make cannabis consumption legal at the federal level and expunge any conviction associated with a marijuana related arrest. She feels that doing so will send a strong message to communities that have been most impacted by the War on Drugs.

Create a Bureau of Children and Family Justice: Under Harris, this agency would put a lazar focus on children and families in the criminal justice system, providing both with the support needed to ensure the child’s welfare and rights. This includes addressing the foster care and group home systems.

Promote Rehabilitation and Reintegration: Under Harris’ plan, federal prisons will be obligated to provide inmates with educational and vocation training as well as mental health and addiction treatment services.

Law enforcement’s use of deadly force: As a way to make ethical and professional standards used by law enforcement a common practice, Harris will support the use of deadly force only when “necessary” and when no reasonable alternatives are available. This would be determined by a National Police Systems Review Board during independent investigations of officer-involved shootings.

End the death penalty: As a way to embark a more humane treatment of those in prisons, Harris believes the death penalty is immoral, discriminatory, ineffective, and a gross misuse of taxpayer dollars.

Harris has received criticism in the past because of her sometimes questionable decisions while working as a prosecutor. She sat down with several experts in criminal justice, race, social justice to discuss her plan and explain her record.

Check out the video below: