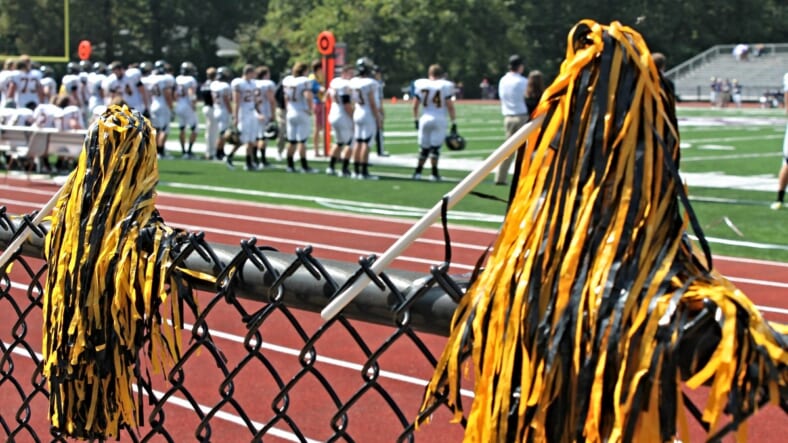 A high school cheerleading team in North Carolina is on probation after some cheerleaders posed with a sign supporting President Donald Trump and his MAGA message before a recent football game.(Image by SuKd from Pixabay )

A group of cheerleaders from a North Carolina high school stepped out of their lane and into trouble after holding up a banner that said, “Trump 2020: Make America Great Again” while standing on the sidelines during a football game.

The North Carolina High School Athletic Association said it’s against policy for students to wave signs with political messaging and therefore the cheerleaders from North Stanly High School have been placed on probation, The Daily Mail reports.

Photos of the squad circulated widely on social media with many calling for action to be taken against the cheerleaders. They will remain on probation for a year, but the association made it clear that this is just a mere warning and not a form of punishment.

If the squad goes against the grain or displays another political sign, flag or banner, they could be fined or ultimately suspended.

“The focus of Friday night football games should be on our students – the players, cheerleaders, band members – the focus should not be on politics,” officials said. “For this reason, we are hopeful the situation will resolve, and our student athletes can have a successful fall season.”

Of course the squad has a group of supporters who were upset they were reprimanded. These individuals created a FB page rallying behind the cheerleaders’ message and plan to attend the next game in numbers to show their support.

“ have been wrongly put on probation by the North Carolina High School Athletic Association for the rest of the football season because of holding up a Trump banner before a home game on 8-30-2019,” the event page reads.

“Please come out and help me show the school and the NCHSAA that freedom of speech is not dead. Please bring all your Trump and MAGA gear and lets throw our support behind the North Stanly High School cheerleaders.”

All of this is further proof of how the current president and administration continue to polarize the country. Let’s hope this doesn’t get ugly.