Eriq La Salle is NOT returning for ‘Coming 2 America’

The award-winning actor has turned his focus to directing and producing. 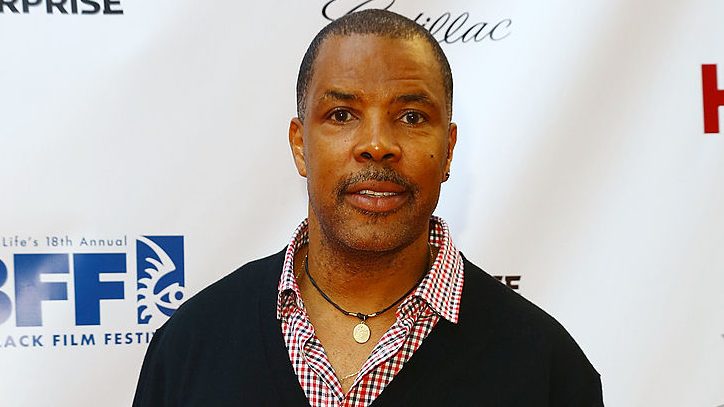 Eriq La Salle is not reprising his role of Darryl Jenks in Coming 2 America.

The award-winning actor best known for his 9-year run as Dr. Peter Benton on NBC’s beloved series, ER is far too busy working behind the camera to return for the highly-anticipated sequel that’s due out next year.

We sat down with the man who has turned his attention to executive producing and directing hit shows like NBC’s Law & Order SVU and Chicago P.D. during the network’s 5th annual Chicago press day.

“No,” he said he told a handful of journalists when asked if he would be reprising his role from the 1988 original. “I’ve already given you an answer. No.”

When the group was visibly disappointed, he elaborated.

“Straight to the point. I knew where you were going with it,” he said. “I’m a little busy right now …with this show.”

That may have been the understatement of the century considering the star now executive produces and often directs the hit drama series , Chicago P.D. from Dick Wolf. Helming the show is no small feat, especially with the crossover episodes he pulls off each year, fusing storylines from the networks other Chicago-based shows, Chicago Med and Chicago Fire.

“Our show is very different than Fire and Med. So the gratifying thing for us is everyone just  telling their truth. This our storytelling in this universe, this is their storytelling and when you put them all together, you still have those elements. It’s really cool to co-exist in this universe but feel like you have your own individuality.”

“I get nervous about having responsibility. I think our responsibility is to write entertaining TV that people watch. How we try to do that is by writing honest TV, and I think in trying to be honest to what is going on in Chicago in 2019, you find yourself in these really interesting and sensitive topical areas,” he said. “If you do that truthfully you’ve got something that is exciting and entertaining even if people disagree or get upset. Hopefully people get upset. You’re really not doing your job if a certain part of the fan base isn’t shocked or outraged or upset.”

While we won’t be seeing Eriq La Salle in the sequel, plenty of famous faces have confirmed their participation including Eddie Murphy, Arsenio Hall, Shari Headley, James Earl Jones, Wesley Snipes, John Amos, and so many more.