20 reasons why Black excellence will dominate 2020 and beyond

From new movies to new albums to a new President (we hope), here are 20 things that all Black people have to look forward to in 2020. 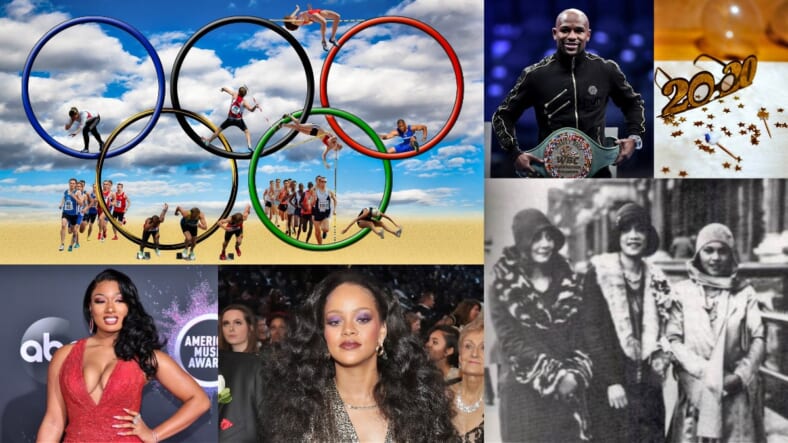 This new year is going to be the start of a new decade and the introduction to a whole new level of lit. From new movies to new albums to hopefully a new President, here are 20 reasons why Black people will have tons to look forward to in 2020. (Photos courtesy of Getty Images, Pixaby, and Unsplash)
Not only is 2020 the start of a new decade, but it’s a year when Black excellence can reset and explode even bigger than ever before. Between new movies, new albums, new openings and possibly a new President, this coming year is going to rock your world.
Here’s a small taste of some of the most exciting things Black folks can expect as 2020 rolls around. It’s our year, baby! 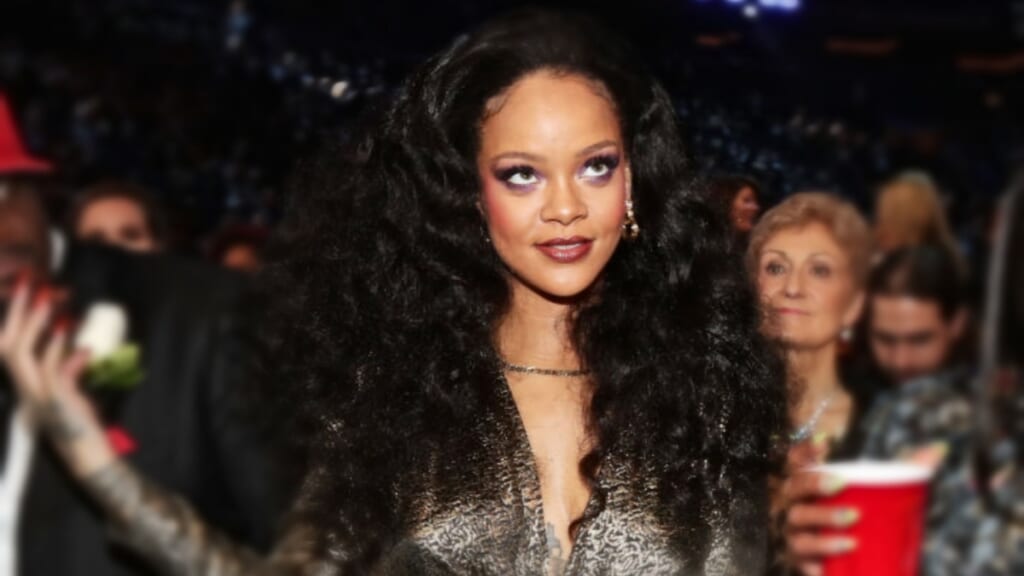 As the first Black woman to head a luxury brand aptly named Fenty, RiRi is a Bonafide #BOSS. She put her blood, sweat, and tears into building her business empire. Now, she’s returning to her first love—music—to produce a reggae joint. Thanks to her Navy fans, Rihanna will release her ninth studio album, tentatively titled R9, in 2020. 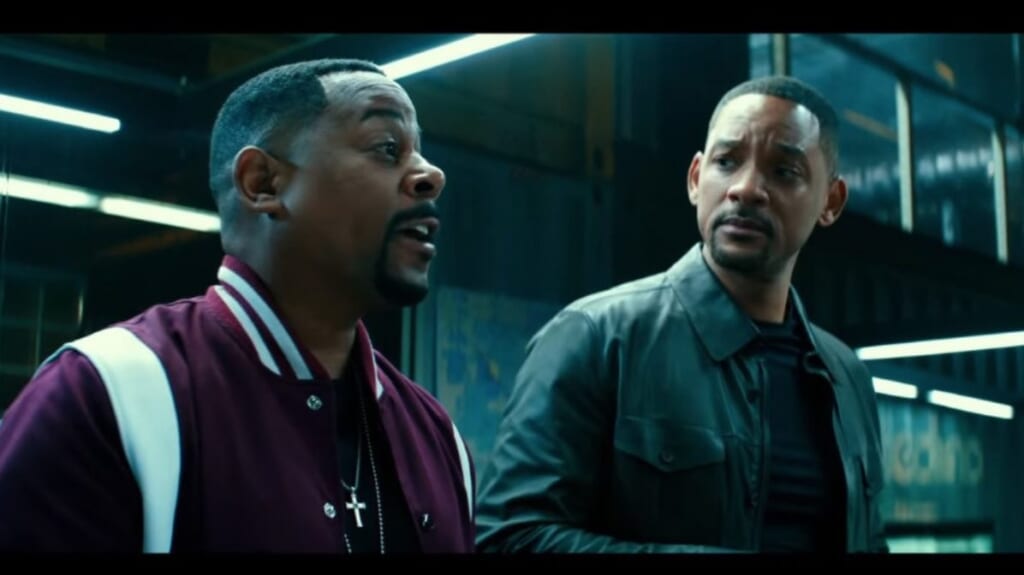 Martin Lawrence and Will Smith team up for the third time for Bad Boys for Life out in theaters nationwide on January 17, 2020.

It’s baaaaaccckkk! Fans of Mike Lowry (Will Smith) and Marcus Burnett (Martin Lawrence) are together for one last ride in this highly-anticipated cop action-comedy film. Smith and Lawrence might have a few more years on them since their last pairing, but the funny remains the same. Plus, it’s always a good thing to see two brothers doing the damn thing on the big screen. 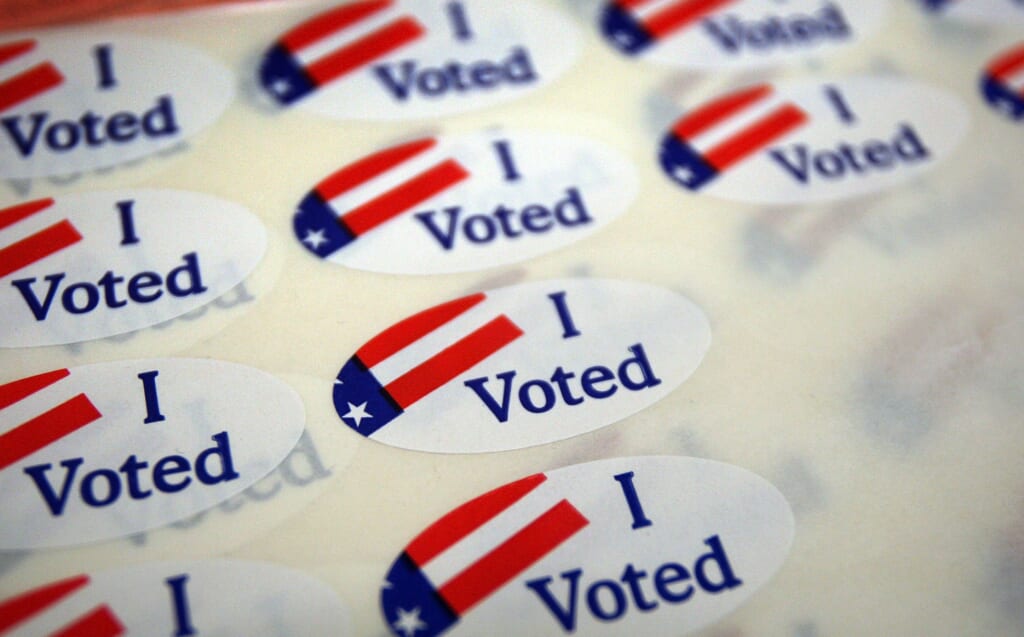 Donald Trump’s shenanigans over the past three years feel like a never-ending horror film (Impeachment and all, but 2020 could be the wake-up call the Black community needs. While he will never win more than a narrow slice of the Black vote, #dontsleep on casting your ballot on Election Day, November 3, 2020. It could make the difference in a tightly held race and our turn to shine.

Simone Biles warms up on the balance beam during Day 2 of the U.S. Gymnastics Championships 2018. (Photo by Maddie Meyer/Getty Images)

Gymnast Simone Biles, track and field stars Allyson Felix and Noah Lyles, NBA baller LeBron James, and swimmer Simone Manuel are just a few of the magnificent, Black athletes prepared to rewrite history. Plus, they will represent the very best that this country has to offer at the 33rd Summer Olympic Games in Tokyo. Tune in on NBC on Friday, July 24, 2020. 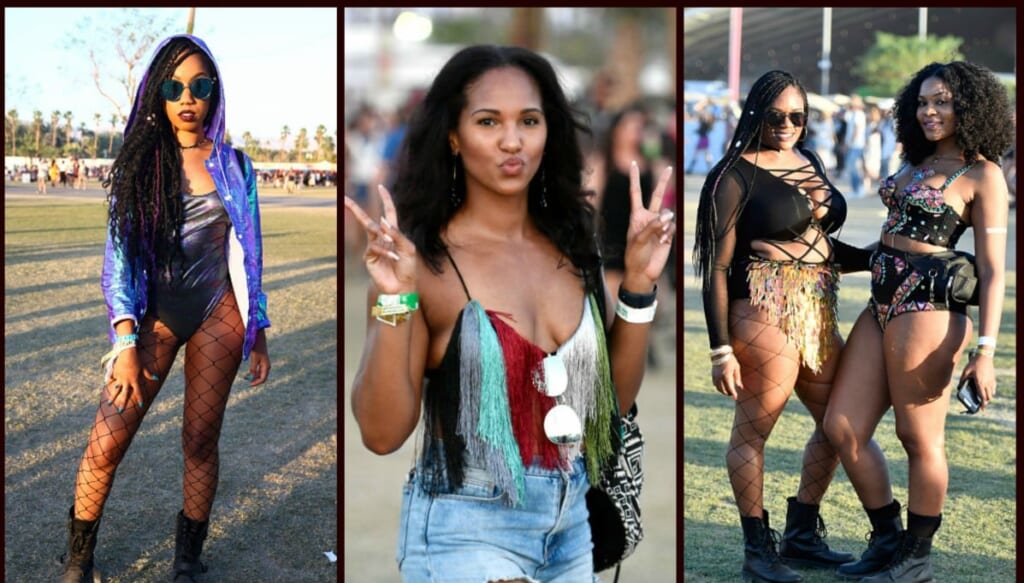 After watching Queen Bey throw down the gauntlet in the name of the Blackest “Homecoming” ever, who’s next? Reportedly, Travis Scott and Frank Ocean are on deck to headline the music fest in April 2020. However, there’s a bunch of online chatter right now that ya girl, Megan Thee Stallion and Big Sean will also come through. Who else got “Freak Nasty” on replay? 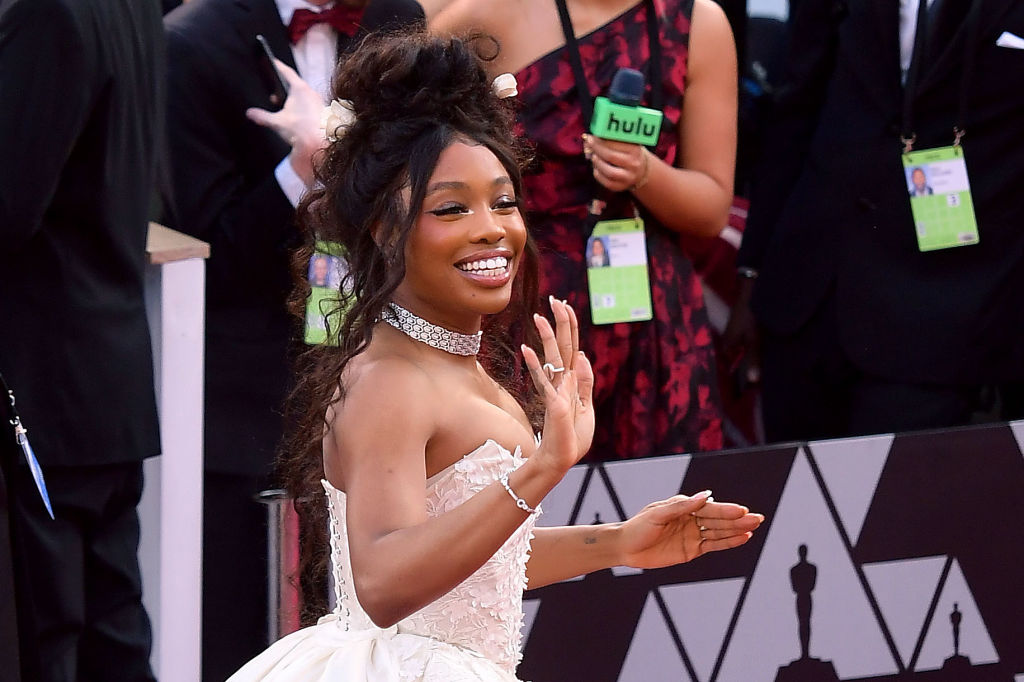 It’s been more than two years since SZA dropped her masterful debut, “Ctrl,” and fans are ready for more, especially now that her vocal cords have healed (she once thought they were permanently damaged.)  Word on the street is that Sza has been given the all clear and is finally back in the studio and bringing in some special guests including Post Malone, Jack Antonoff, Brockhampton, and Justin Timberlake.

7. The Showdown at the Staples Center 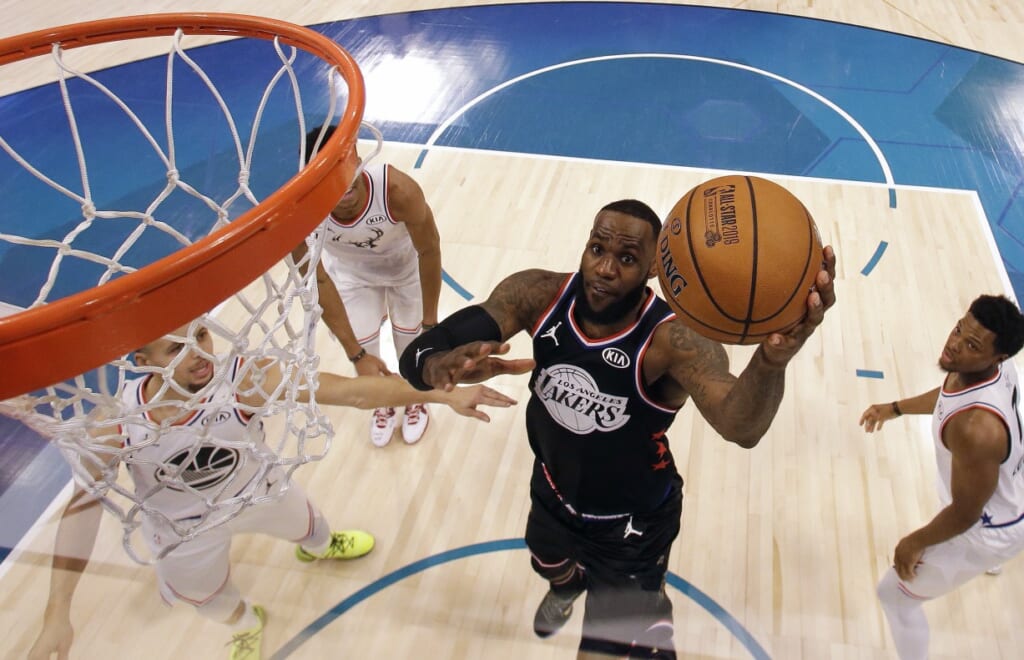 With Lebron James and Kawhi Leonard finding their footing on the Lakers and the Clippers, respectively, fans are ready to crown the new King of L.A. As they battle for dominance at the Staples Center, could this 2020 season provide the preview of a new NBA dynasty?

Amanda Seales doesn’t have to explain herself to anyone. (Photo by Jeff Hahne/Getty Images)

The tea is hot and ready to be served. In January, Amanda Seales will become the new permanent co-host on gabfest The Real. Known for her controversial POV, the Insecure actress definitely always has something to say.

Cue up your Spotify, Tidal, and Pandora accounts because this Houston rapper plans to drop her debut album in 2020. If 2019 was Megan Thee Stallion’s breakthrough year with her 14-track mixtape Fever, then 2020 is going to be the year that puts her on the map for good. Watch out as we all get ready to have our second hot girl summer in a row. 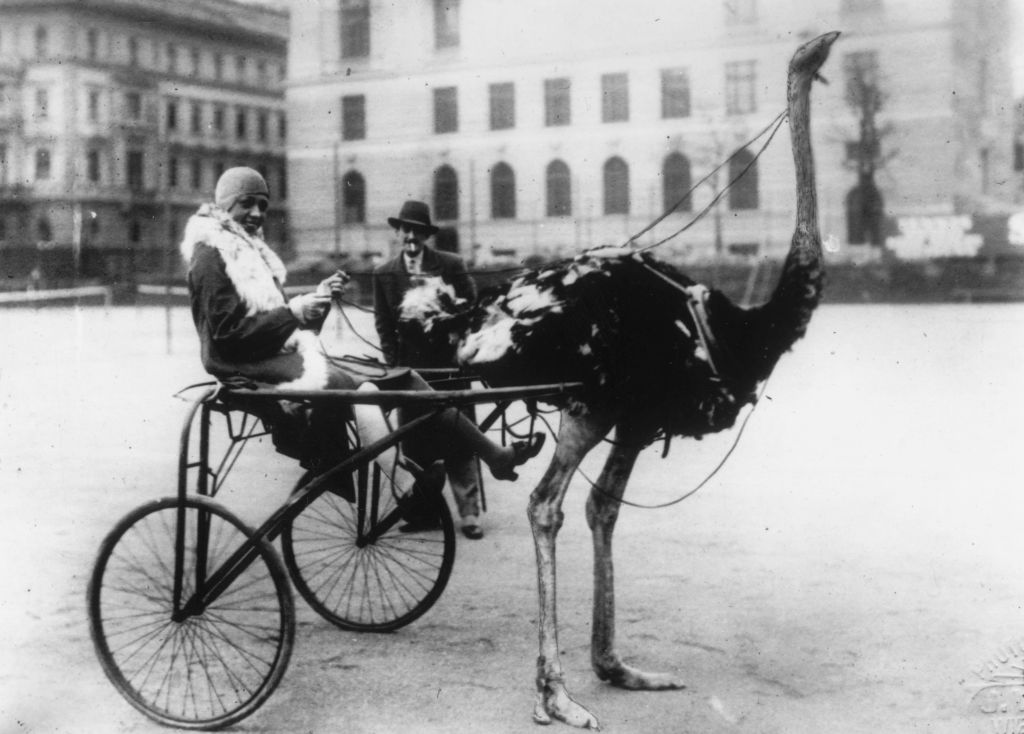 Circa 1920: American singer and dancer Josephine Baker (1906 – 1975) has harnessed an ostrich to pull a racing sulky. (Photo by General Photographic Agency/Getty Images)

The Harlem Renaissance, an era that breathed life into the importance of what African Americans could accomplish and contribute to American society, caps its 100th anniversary in 2020. While so much has changed over the last century in Harlem, there is a lot that has remained the same. Check out the intellectual, social, and artistic explosion that’s about to take place in New York City with events happening throughout the entire year. 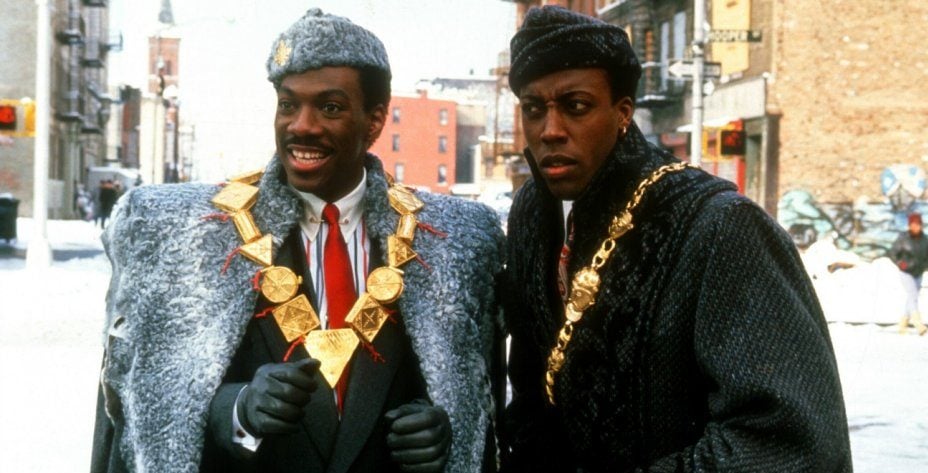 “His Mama named him Clay, Imma call him Clay” has got to be one of the funniest lines in this original Black-cult classic from 1988. In December 2020, Eddie Murphy, Arsenio Hall, John Amos, and Shari Headley are bringing some of our favorite characters back for a visit from the beautiful, bodacious Kingdom of Zamunda. 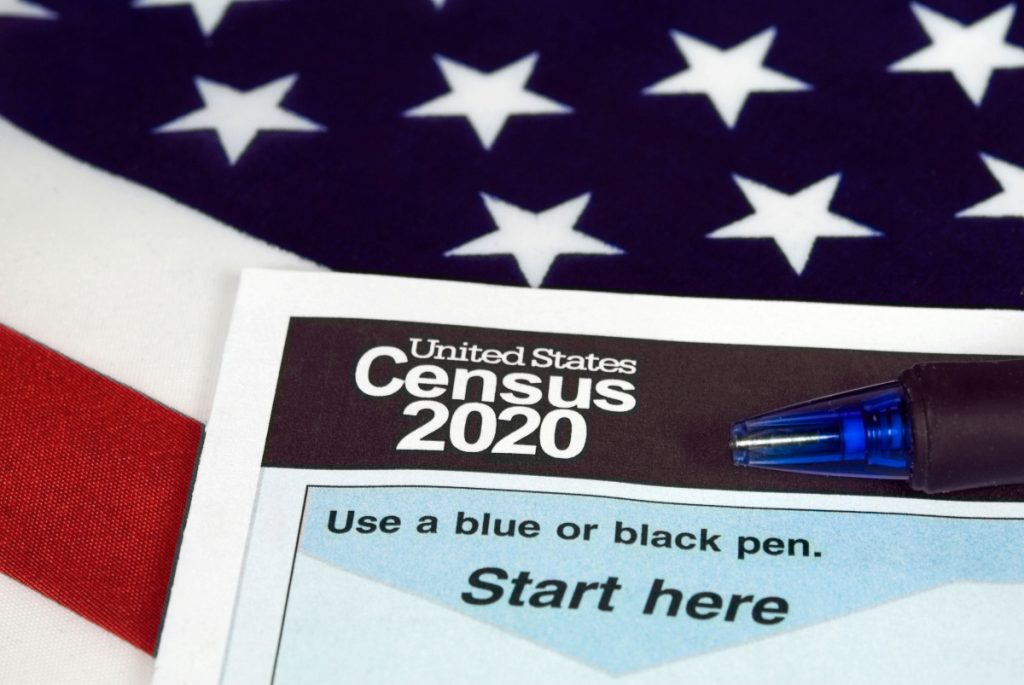 For the first time in history, the 2020 Census will ask Black or African American residents to write in their non-Hispanic roots. It may require some digging into your family tree, so be ready to respond. We know that it’s not always easy letting people know your business, but starting in March 2020, the price for not participating could be higher than you know. Census data determines representation in the state legislature or in Congress and what we don’t want is a repeat of the 2010 Census, which undercounted us by more than 800,000. For a sneak peek of what’s being asked, click here. 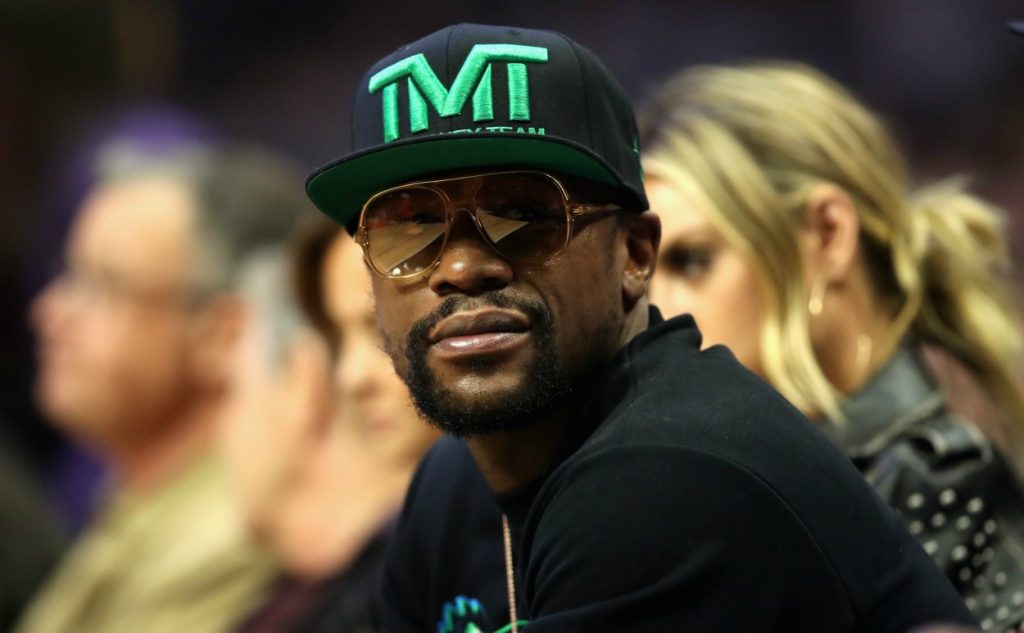 In November, Floyd Joy Mayweather, Jr. posted on his IG that it’s time to return to the ring. The 42-year old is gunning for two fights in 2020; one as a boxer and the other as a UFC fighter. Mayweather (50-0, 27 KOs) is a lightning rod of controversy, so it will be exciting to watch him put his undefeated record on the line while making waves in a new arena.

The much-anticipated October 2020 release of Respect, the Aretha Franklin biopic starring Jennifer Hudson, shows her commanding the role as The Queen of Soul. After that weird display of feline ferocity in Cats, you can expect a plethora of soulful, moody arrangements from Hudson who is joined by a star-studded cast that includes Forest Whitaker, Mary J. Blige, and Marlon Wayans to name a few.

Drizzy is ready to “turn up in 2020” teasing the release of a new album in the coming months. We’ve heard that North Carolina’s DaBaby is scheduled to be a part of Drake’s sixth studio project and that a tour cannot be far behind. 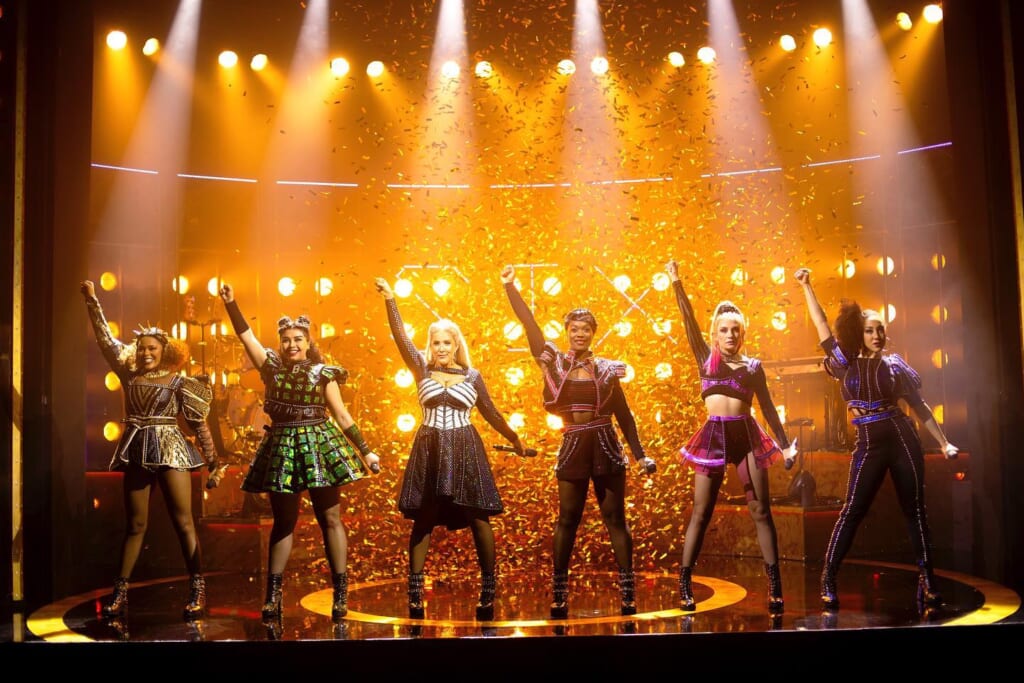 The musical is a modern retelling of the lives of the six wives of Henry VIII presented as a pop concert. II Photo courtesy of Facebook.

Imagine a Broadway play where nearly all of the leads are performed by women of color.  The actresses play the six wives of England’s Henry VIII transforming from Tudor queens into modern-day, pop princesses in this dazzling retelling of their lives. It’s girl power to the max! The curtain rise in March 2020 in New York City with anticipated performances also scheduled in Chicago and London. 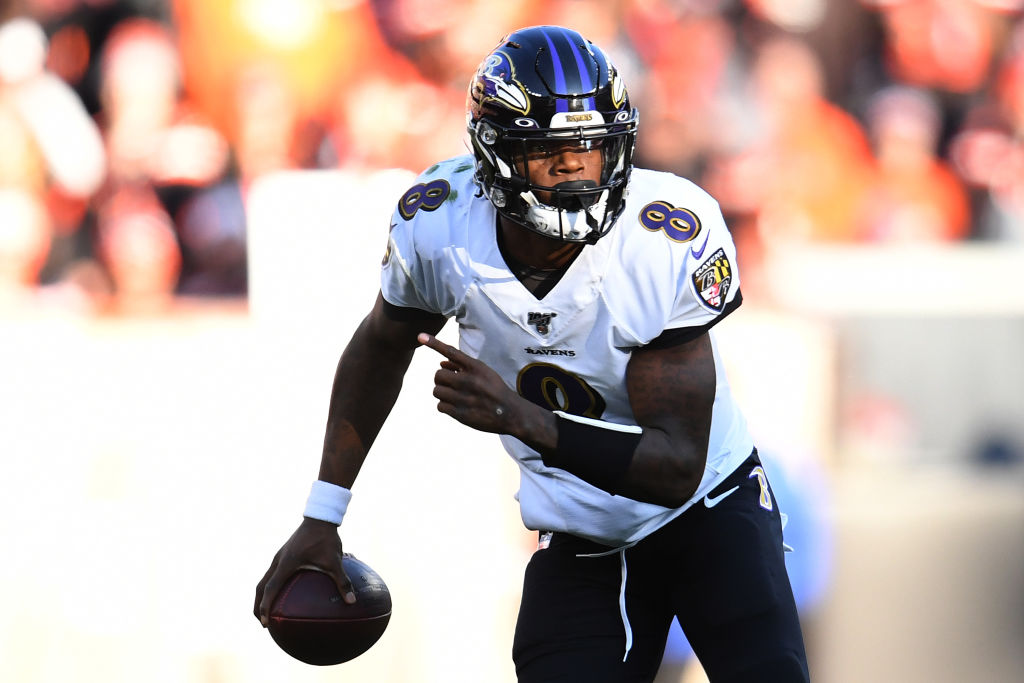 Lamar Jackson #8 of the Baltimore Ravens runs with the ball against the Cleveland Browns during the third quarter in the game at FirstEnergy Stadium on December 22, 2019 in Cleveland, Ohio. (Photo by Jason Miller/Getty Images)

Black quarterbacks are debunking the myth they don’t have the ability to lead NFL teams to greatness. Despite the insanity of the NFL’s inability to provide Colin Kaepernick with a real opportunity to work, there are nine Black quarterbacks starting in the NFL in 2020, which represents nearly a third of the starting QBs in the league. Two standouts: Lamar Jackson, who is likely to be the MVP of the NFL, and Kyler Murray of the Arizona Cardinals who was taken first overall in the NFL draft. 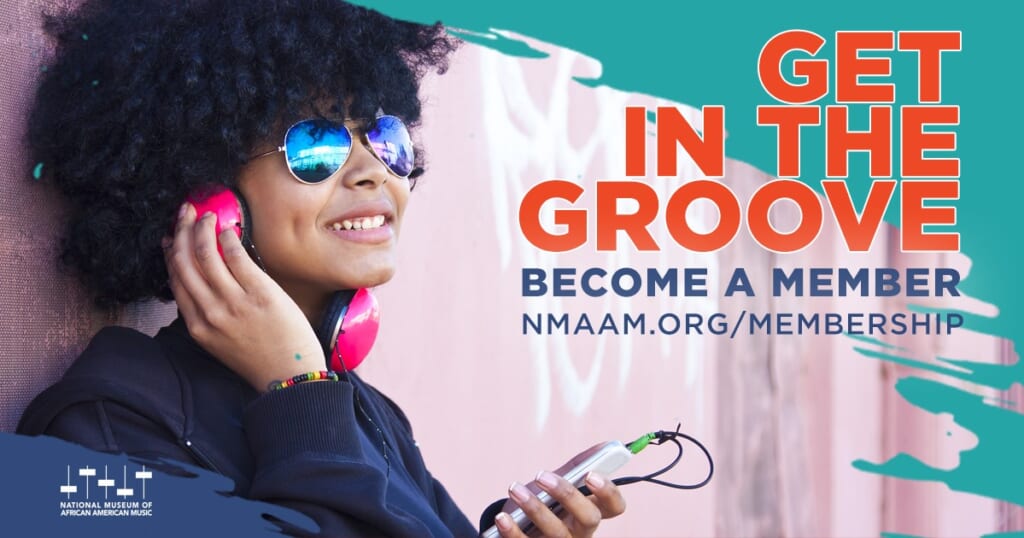 Opening in early 2020, NMAAM will be the only museum dedicated to the countless contributions African Americans have made to American music. Courtesy of Facebook)

It’s about time! The National Museum of African American Music is set to open in 2020 in Nashville, Tennessee, honoring the vast contributions to music made by African Americans from Jazz to rock to rap to even country. It’s the only museum of its kind.

In January 2020, fans of prolific novelist, Zora Neale Hurston can immerse themselves in her outstanding writing and rich character development in a newly released collection of stories. Hitting a Straight Lick with a Crooked Stick: Stories from the Harlem Renaissance by Zora Neale Hurston is about love and migration, gender and class, racism and sexism all told through Black folk culture.

Mama “O” kicks off her nine-city wellness tour with a roster of amazing pals including Forever FLOTUS Michelle Obama, Tracee Ellis Ross, Dwayne Johnson, and Lady Gaga, among others. In a letter to O Magazine readers, Winfrey said the conference will help attendees say goodbye to procrastination and say hello to the tools needed to develop their own wellness plan in 2020. Ready to live your best life? The tour runs from January 4, 2020-March 7, 2020, across the country. For tickets, visit ticketmaster.com.

Tanisha A. Sykes is a personal finance, careers, and small business writer and editor who is based in New York City.