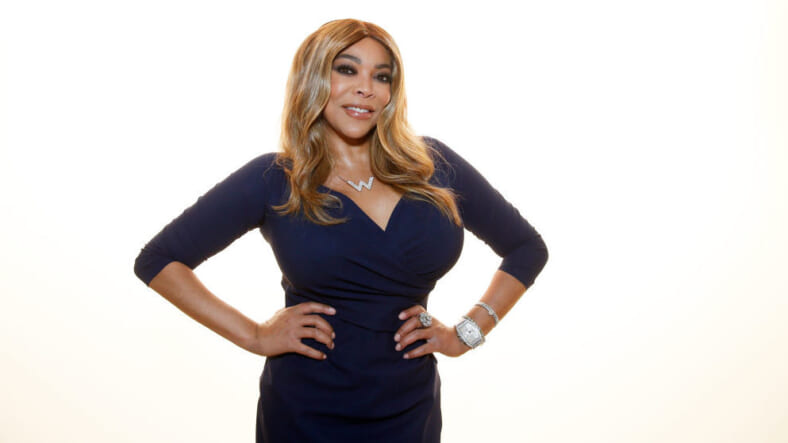 Earlier this month Wendy Williams ruffled some feathers after making off the cuff comments about the LGTBTQ community. Now, only a week later, she is once again in the line of fire after making what many believe was a tasteless joke about the murder of Drew Carey‘s ex.

According to The Blast, Carey’s ex-fiancée, Amie Harwick, unexpectedly passed away over the weekend. Authorities believe her death was the result of her falling from a balcony following an alleged attack by an ex-boyfriend.

Just days after the shocking news broke, Williams addressed the tragedy during the Hot Topics segment on “The Wendy Williams Show.” However, some viewers were stunned by the talk show host’s cavalier attitude, especially when she chose to make a joke about the ordeal, referencing the game show hosted by Carey.

Williams first clarified to her audience members that Harwick was “killed not by Drew,” then flippantly quipped, “Come on down!” – the famous catchphrase that Carey says during every episode of “Price Is Right.”

READ MORE: Wendy Williams apologizes to LGBTQ+ community for ‘out of touch’ comments

Some also pointed out how she looked down at the ground during her comedy routine, to emphasize Harwick’s fatal plummet from her balcony. While the studio audience remained quiet during most of the tirade, viewers at home quickly took to social media to air their grievances.

“I KNOW #WendyWilliams did NOT just make a ‘come down’ joke about Drew Carey’s ex-fiancée getting killed by being thrown off of a third floor balcony!!! Somebody tell me I heard that wrong, please… but the audience is stone-cold quiet,” wrote one viewer.

In his first statement since his sister’s passing, Wednesday, Chris Harwick told Fox News that he found Williams’ comment and gesture about his sister’s homicide appalling and would like a public apology.

“Domestic violence is something no one should be joking about,” he told Fox News. “This is a difficult time for my family and for Wendy Williams to make light of this tragedy is very upsetting to us and extremely distasteful.”

“My sister worked tirelessly for domestic violence victims and women’s rights,” he continued. “Wendy Williams should apologize publicly to my family for her comment.”

So far in 2020 and bearing in mind its only febuary. Wendy Williams has joked about Joaquin Pheonix' cleft lip, told gay men to stop wearing our dresses and now has joked about Drew Careys ex Amie Hardwick dying by falling off a balcony by saying "just get down". Disgraceful! pic.twitter.com/8B7BJZfWXa

Really ⁦@WendyWilliams⁩? This was my friend! She’s been gone TWO WHOLE days. Come on down?! Wtf?Would you make the same joke about Kobe? This death is a tragedy as well. Have you completely lost your moral compass? Amie was the ultimate victim of domestic abuse. Do better. pic.twitter.com/lGPPTvw0Fu