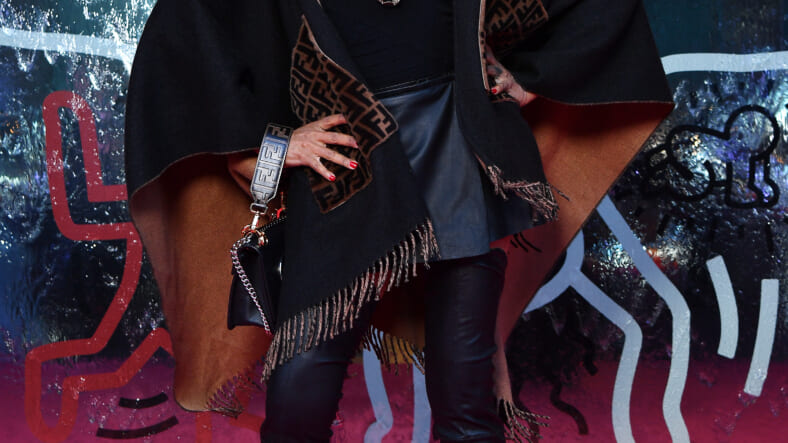 Sandra Denton aka Pepa attends the NGV Gala 2019 at the National Gallery of Victoria in Melbourne, Australia. (Photo by Wendell Teodoro/Getty Images for NGV)

Pepa from the legendary hip-hop girl group Salt-N-Pepa has reportedly filed a lawsuit against Uber following a car accident in Los Angeles.

According to legal documents, obtained by TMZ, Pepa, real name Sandra Denton, is suing the ride-sharing app and several other drivers involved in what she says was chain-reaction car accident on July 1, 2018.

READ MORE: Ja Rule doesn’t think he and 50 Cent can battle without getting personal

In the filing, Denton says she was in a friend’s car traveling on the 101 Freeway near Sherman Oaks when they were hit from behind. She alleges that an Uber driver was following their vehicle too closely which led to the driver slamming into her vehicle.

As a result, Denton claims she’s experienced both neck and knee injuries that will require costly medical treatments.

Last year, the entertainer and her daughter Egypt Criss, were guests on The Real. During the sit down, the mother-daughter duo shared details on casting for the upcoming Salt-N-Pepa biopic on Lifetime. Egypt auditioned for the movie but ultimately was not selected to portray her mother onscreen.

“When I was prepping her to play me, I was like practicing with her, saying this is what I did then, this is how it happened because it was my story,” Pepa said. “When she went for the audition, – because you know I’m going to let her do the whole process, she came back out like, ‘Mom everything you taught me was wrong.”

Although Egypt won’t be playing her mother, the budding hip-hop star, whose father is Treach from Naughty By Nature, still snagged a role in the hip-hop film.

“I didn’t get to play her, but I still am in the movie,” Egypt said to audience cheers.