Forbes even compared Jenner to President Donald Trump with his 'decades-long obsession' with his net worth.

Looks like the love affair between Kylie Jenner and Forbes magazine has come to a screeching halt after the reputable magazine published a scathing profile, accusing the young makeup mogul of lying about her revenue. Now Jenner has come forward to address the unexpected takedown of her billionaire status being revoked.

Friday, Forbes published a story entitled “Inside Kylie Jenner’s Web of Lies – And Why’s She’s No Longer a Billionaire” which outlines the outlet’s interactions with Kris Jenner, Kylie and the rest of the family over the years. 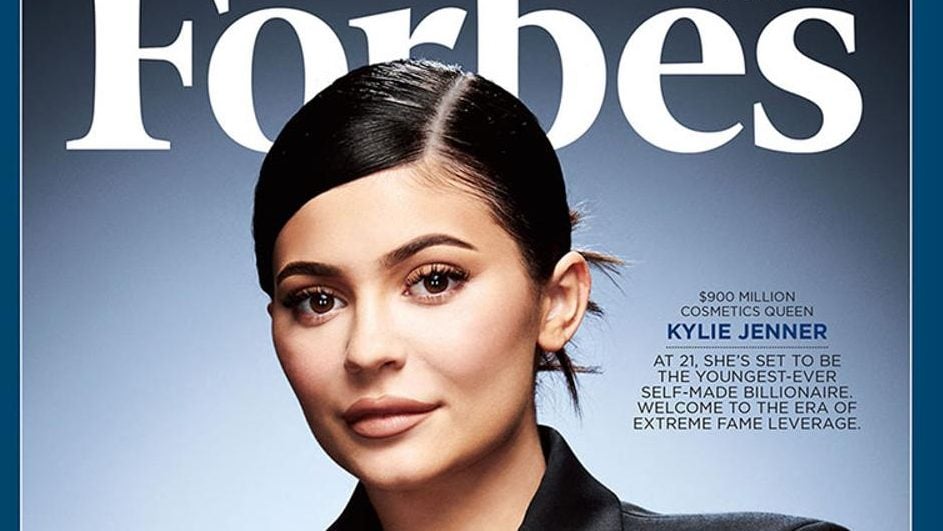 In March 2019, the magazine named the 21-year-old the world’s youngest self-made billionaire which sparked much debate about if “self-made” was an accurate distinction for someone who used her family’s name to create her empire.

But it appears critics may have been focused on the wrong part of her title, which the publication has now revoked after what it claims to have been her repeated efforts to exaggerate the success of her business which “is significantly smaller, and less profitable, than the family has spent years leading the cosmetics industry and media outlets, including Forbes, to believe.”

Forbes even compared Jenner to President Donald Trump with his “decades-long obsession” with his net worth. To that end, they outline, “the unusual lengths to which the Jenners have been willing to go—including inviting Forbes into their mansions and CPA’s offices, and even creating tax returns that were likely forged—reveals just how desperate some of the ultra-rich are to look even richer.”

“what am i even waking up to,” Jenner tweeted Friday morning in response to the piece. “i thought this was a reputable site.. all i see are a number of inaccurate statements and unproven assumptions lol. i’ve never asked for any title or tried to lie my way there EVER. period”

““even creating tax returns that were likely forged” that’s your proof? so you just THOUGHT they were forged? like actually what am i reading,” she continued, then adding, “but okay. i am blessed beyond my years, i have a beautiful daughter, and a successful business and i’m doing perfectly fine.”

Not surprisingly social media has had a field day responding to the article and its implications.

forbes in 2019: kylie jenner becomes the youngest self-made billionaire ever