Insecure may have ended, but Issa Rae is just getting started. Her audio entertainment company Raedio has just signed a multi-project development deal with Audible, as reported by Variety.

Raedio, launched by Rae in 2019 as a hub for artists to connect with fellow artists, labels, companies, and distributors for audio-based projects, will be collaborating with Audible for several Audible Original podcast productions. The podcasts will range from script-based comedies, entertainment-based non-fiction productions, as well as audio extensions of existing content.

Zola Mashariki, head of Audible Studios, is thrilled that the collaboration is happening with Raedio.

“At Audible, we are committed to working with innovative voices that move and influence culture — this goal is fully realized and met by Raedio,” Mashariki said. “We are thrilled to be in business with Issa and Benoni who consistently create extraordinarily rich content defined by character-driven storytelling.” 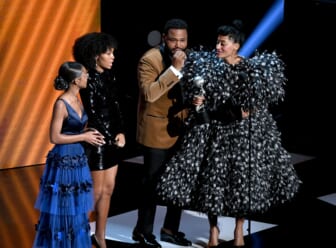 Rae will be serving as executive producer of the audio projects, along with Raedio president, Benoni Tagoe. “We’ve had tremendous success with scripted podcasts over the years and with our Audible collaboration we’re excited to bring fresh, original content to Audible listeners everywhere,” said Tagoe. “Our goal is to continue to supply the audio pipeline from music to storytelling as an audio everywhere company.”

Raedio has been growing by leaps and bounds in a short period of time. Not only was the soundtrack of Insecure’s fifth season released through Raedio, but the company has also served as music supervisor for other television projects for HBO, as well as Starz, Netflix, and Hulu. 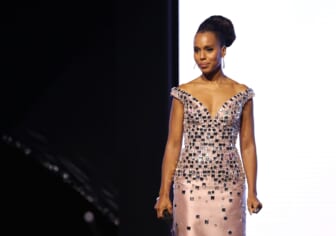 This is just the latest boss move that Rae has made using her own companies. In March, she signed for a $40 million, five-year deal for her Hoorae company to partner with WarnerMedia, as theGrio reported. The deal includes a first-look film deal for Rae across numerous WarnerMedia brands, including  Warner Bros. Pictures Group, New Line, and HBO Max.

Producer and screenwriter Lena Waithe and her company Hillman Grad Productions signed a similar deal with WarnerMedia, per theGrio reported. She and her creative partner Risha Rajani inked a multi-year deal in November to produce exclusive new shows, including a scripted drama inspired by the basketball documentary Hoop Dreams.

Meanwhile, Audible has hitched its wagon to other Black innovators. In 2021, they signed a multi-project deal with Waite and Hillman Grad, including a scripted comedy series with comedian/actress Kym Whitley. Audio teamed up with The Roots‘ front man Tariq “Black Thought” Trotter for 7 Years, a biographical project on his life, career, and hip-hop history.