Can we get a witness? This week on the Dear Culture podcast, our hosts theGrio Social Media Director Shana Pinnock and theGrio Managing Editor of Politics and Washington Correspondent Gerren Keith Gaynor sit down with two Black urbanists documenting the culture and preserving the legacy for future generations. That’s why we’re asking: Dear Culture, who is protecting and preserving Black culture?

Earlier this year, a study by the Urban Institute reported that Black Americans were likely undercounted on the 2020 census at a rate three times higher than they were undercounted a decade ago.

This literal erasure from the history books is just one of the reasons why preserving Black legacies is important. Kenyatta McClean and Emma Osore are Black urbanists and serve as co-managing directors of BlackSpace, a non-profit organization comprised of planners, architects, designers and urbanists

“Urban planning is really about the sidewalks where the lamps are placed on the street, where the bus stops are located and about how resources are decided,” said Osore. “Urban planners are kind of these professional technical roles that really have a huge impact on whether there’s a highway running through a Black neighborhood or not.”

She continued, “So as Black people — and as we call ourselves Black urbanists — it’s really important that we’re at the tables making the decisions about where these kind of infrastructure is, but also how people are involved in the process of this public domain.”

Historically racist practices in urban planning, like redlining, have had a multitude of adverse effects in Black and Latino neighborhoods. The New York Times reported that redlining is a large reason why predominantly POC neighborhoods are literally 5 to 20 degrees hotter than wealthy, white neighborhoods.

Gaynor grew up in the Bedford-Stuyvesant neighborhood of Brooklyn and it wasn’t until he did the research for himself that he learned of the legacy of the community he called home.

“So much of what I knew and understood about Bed-Stuy was negative, and so I started doing research about Bed-Stuy. I didn’t know that Black people actually came to Bed-Stuy in the early 1900s because Harlem was so overcrowded,” said Gaynor. “They had to find available housing so they went to Brooklyn. This is such a rich history that I just really didn’t know.” 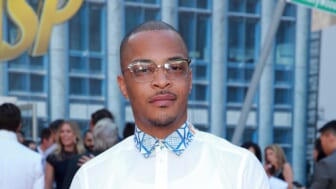 “We need references that are centering us. Our folks in different African countries and different Black communities within South America have been planning,” said McClean. “They’ve been designing spaces because they lived in them. So if we have the preservation of those spaces, we can have them as actual reference points that allow us to center our folks and center the lived experience of our people in our work.”

Tune into the Dear Culture podcast to hear the entire conversation, including how our guests say they are demanding a present and future where Black people, spaces and culture thrive.