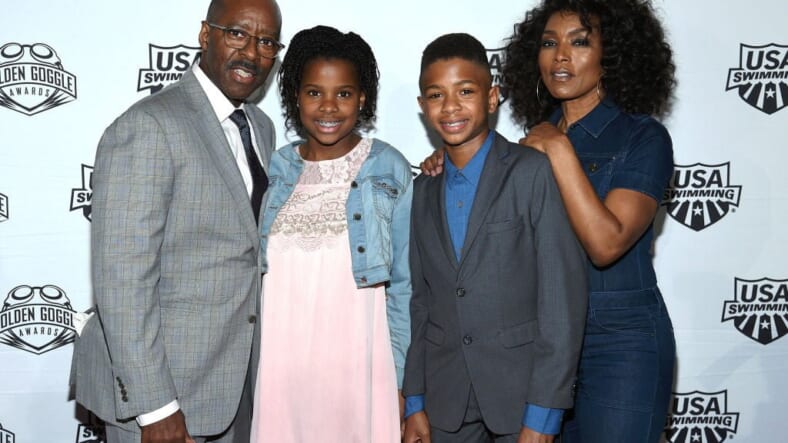 Hollywood royalty Angela Bassett is making the rounds to promote her role as Queen Romanda in Black Panther, the highly anticipated superhero movie to be released this Friday.

And while Angela Bassett‘s enjoyed dishing on all things Wakanda she also touched on some personal matters that any Black parent can relate to in an interview with People. The award-winning actress, who has 12-year-old twins with her husband and fellow actor Courtney B. Vance, revealed that she’s also had to navigate parenting children in a racist society.

“I have a young son and daughter myself and even from the age of four, from pre-school, they’ve had to deal with color issues because they were African-Americans,” Bassett told People. “Whether other kids would play with them or have issue with that.”

“And it can’t come from their young minds, it’s something that they’ve heard from somewhere,” Bassett continues, alluding to the fact that racism is learned and not taught. “It is [eye-opening] and it just squeezes your heart, because you never want your kids to go through this pain and issues. You thought it’d be much later, once they get a firm footing of who they are.”

“I had really been studying the effects of colonization and the African Diaspora, specifically as it relates to African-Americans and Africans,” said Black Panther director Ryan Coogler. “And what I hit on was this concept of what it means to be African. I pitched that to the studio as a main theme of exploration, and they were totally interested, which is, to their credit, really cool.”

Wakanda, the fictional African nation, is a powerful image.

“The idea of creating a scenario where you’re seeing very powerful, empowered Africans is really thrilling to me, something my heart, soul, and spirit yearned to see,” Coogler said.

The blackest, and proudest, movie of the year is estimated to rake in $165M opening weekend. It’s also sparked much conversation: from petitions for Marvel to invest profits into the Black community to attempts from racists to sabotage its success online. It’s no wonder that it’s already the most tweeted about movie of 2018— and it hasn’t even been released yet!