Monday’s Morning Buzz: Another Austin Explosion, Facebook is in Hot Water, and More

This is the fourth explosion in Austin, TX. 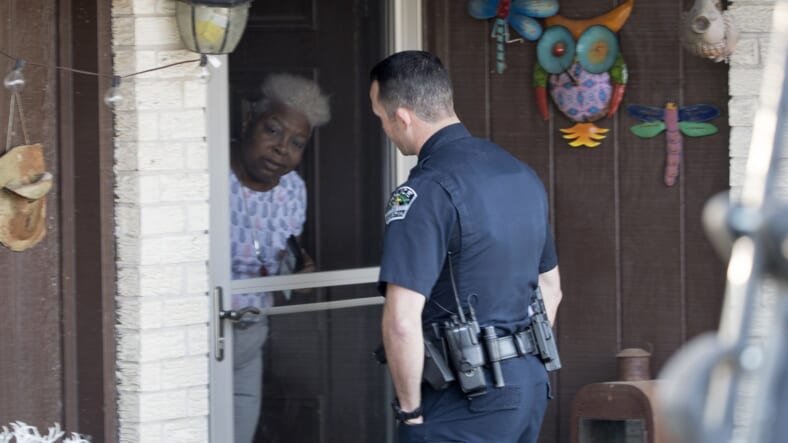 Authorities are investigating the scene in East Austin, Texas, after a teenager was killed and a woman was injured in the second Austin package explosion in the past two weeks Monday, March 12, 2018. Authorities say a package that exploded inside of an Austin home on Monday is believed to be linked to a deadly package sent to another home in Texas' capital city earlier this month. (Ricardo B. Brazziell/Austin American-Statesman via AP)

Top stories for March 19, 2018 include another package bomb explosion in Austin, Facebook is under fire for allowing user data to be exploited, and more.

A fourth package bomb exploded in Austin, TX over the weekend. Police believe the explosion may have been triggered by a tripwire attached to the package. According to reports, the two men were either walking or riding on their bikes down a sidewalk when a bomb was triggered around 8:32pm in southwest Austin on Sunday night. Authorities believe the previous three bombings are related, everyone injured or killed in those explosions were people of color.
-theGrio

If you’ve ever clicked a Facebook quiz to test your personality, then there’s a likely chance that your info has been captured by a Donald Trump-connected data analysis firm. Facebook has cut ties with Cambridge Analytica because the firm failed to delete the personal data of users. Instead, a troubling report reveals it used the personal info from some 50 million Facebook users to help the Trump campaign build profiles of users by matching them to online records – without their permission.
-theGrio

Snoop Dogg just crossed over.The iconic rapper known for hits like “Gin and Juice” has dropped Bible of Love,  a 32-track Gospel album that’s quite a departure from his usual offerings. While some may be puzzled by the sudden shift, Snoop insists it has been a long time coming. His mother is an evangelist and his late grandmother was the driving force behind the project.
-theGrio

Gladiators – raise your bottles up and spill one out for the homies because Scandal has come to an end. The popular ABC series that has played with our emotions and kept our Twitter fingers tweeting for seven seasons, has finally wrapped production and the cast took to social media to say their final farewells. Fans were filled with sadness, and some were exuding excitement over the show’s finality.
-theGrio