Relationship Advice: 5 rules to help men stay in their lane and avoid the pitfall of ‘mansplaining’ 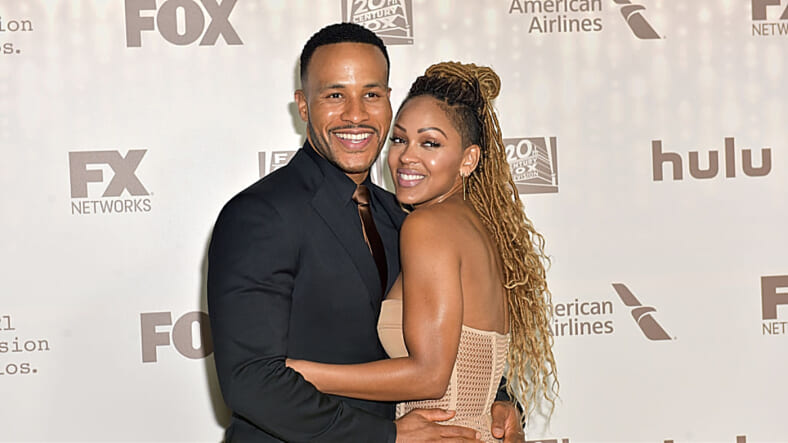 Author DeVon Franklin (L) and actress Meagan Good look like they have a great relationship, but Franklin may want to consider these rules before giving future advice. (Photo by Rodin Eckenroth/Getty Images)

Franklin uploaded a photograph on his Instagram account of an engagement ring and two wedding bands that reads, “There’s a time to act like husband and wife, but if doesn’t come until you’re actually married—until you have that indelible commitment to each other.”

Then captioned the post with, “Acting married when you’re not can set you up for heartbreak,” along with a link to his New York Times bestselling book, The Wait.

READ MORE: ‘She can’t be darker than me’: Reality show highlights our never-ending lesson in colorism

Now from what I’ve both seen of both Franklin and his actress wife, they seem like a beautiful, loving, Christian couple, but when I saw this, my first reaction was, “Hold up! Wasn’t there another church brother preaching to women that they SHOULD act like wives while dating, just the other day?”

So which one is it?

These blatantly conflicting messages from men who are representatives of faith led communities, illustrate exactly why fellas in general need to fall back on preaching to women about our womanhood.

Everyone has an opinion

I know the raging success of Steve Harvey‘s Think Like A Man franchise has every brother with an opinion and a fresh suit thinking he can build a brand by helping wayward jezebels find their way back to the Lord. Albeit well meaning, Franklin’s advice raised a few brows because it unintentionally falls into the trap of mansplaining, a term used to describe what happens when a man insults a woman’s intelligence by thinking he can explain the complexities of life to her in an overconfident, condescending and/or oversimplified manner.

To all the brothers out there who have opinions, and feel like they should be able to speak to the women in their lives without being dismissed as a mansplainer, don’t worry boo. I gotchu!

Here’s a checklist of five facts to keep in mind before opening your mouth to tell any woman how to live her best life.

RULE# 1: WHY are you giving this advice? 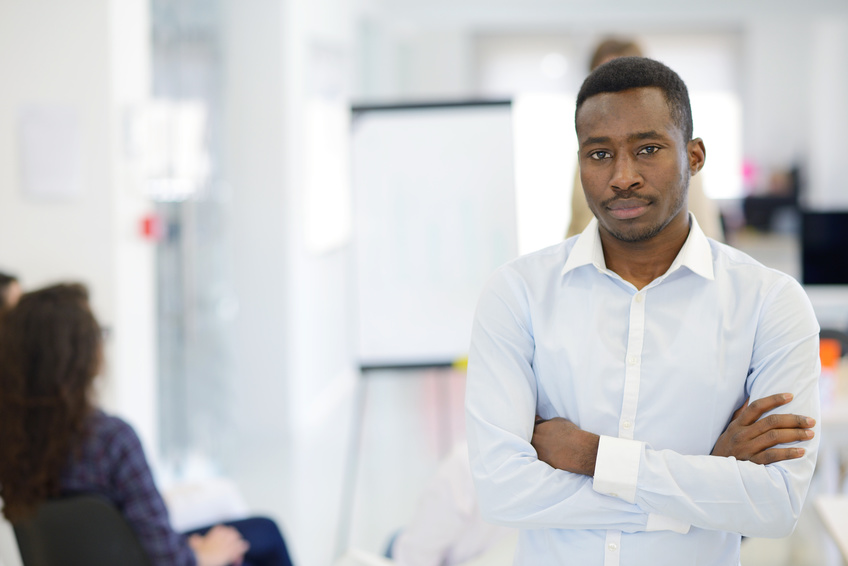 It’s never your place to put a woman in her place. (Courtesy of Fotolia)

This seems like such a basic question, but you would be surprised how many conversations (and arguments) you could avoid if you simply paused for a second and asked yourself why are you choosing to engage.

As a man, before you give any women advice, be clear about what your true intention is. Are you sincerely trying to be a supportive friend/partner or are you annoyed with her behavior and attempting to put her in her place?

A lot of times our supposedly unbiased “advice” is actually a guise to voice hidden resentments that we’re too afraid to voice directly.

Don’t be that dude.

RULE# 2: Are you invalidating some women’s opinions? 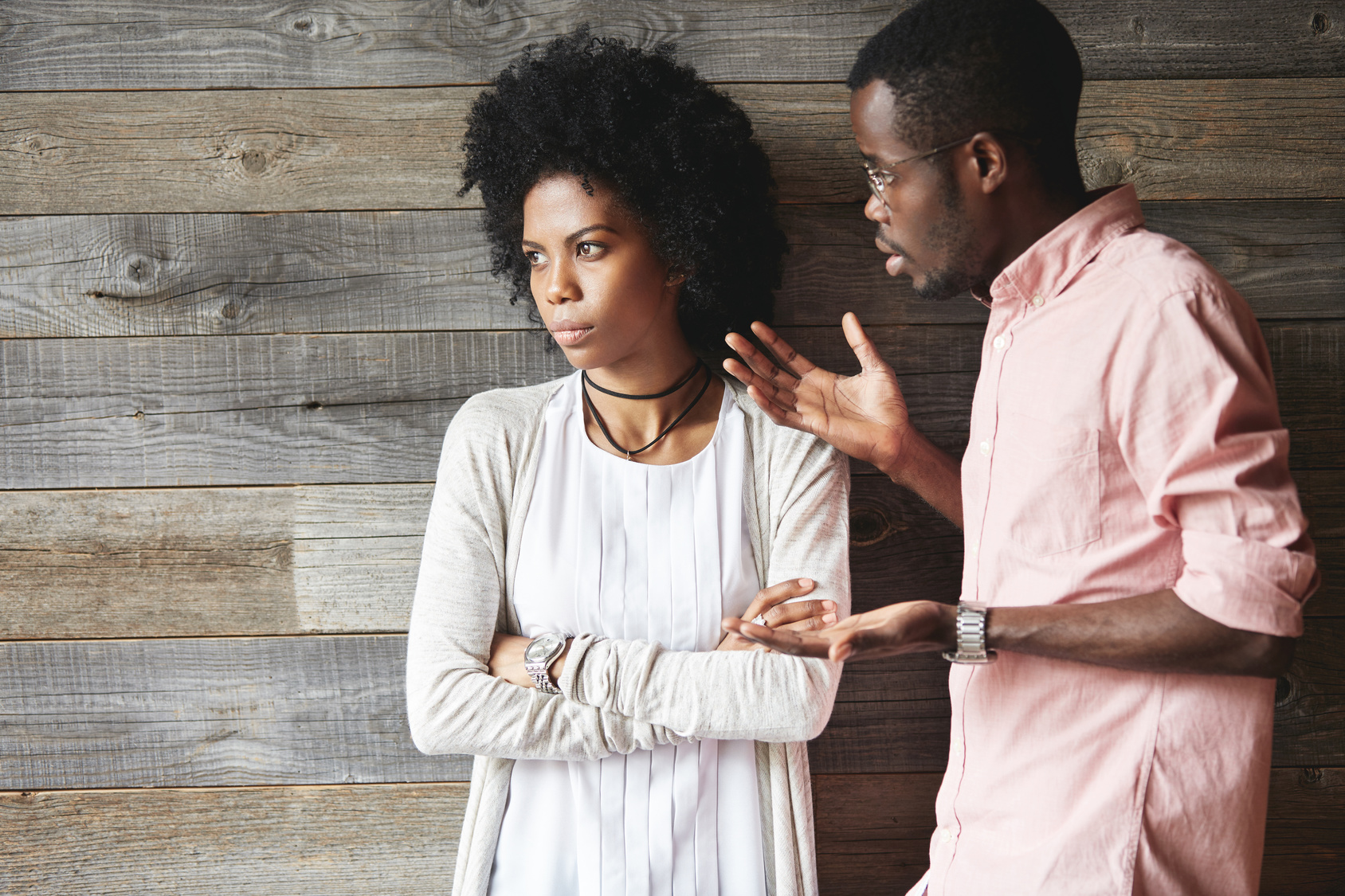 Are the type of guy who puts women in boxes? You know, some women deserve to be respected while others deserve your disdain? (Courtesy of Fotolia)

Sigmund Freud spoke at length about the Madonna–whore complex, which is basically a form of mentally triggered impotence that develops in men who see women as either pure Madonnas or debased prostitutes and nothing in between.

These men can have great sex outside of their marriage because “bad girls” are meant for that sort of thing, but they struggle to have the same sexually satisfying experiences with the women they’re committed to because in their minds “good girls” are meant to be more righteous and puritanical.

While most men don’t have this extreme psychological complex, shades of the Madonna vs Whore mindset are still pretty prevalent in our every day society. In hip-hop culture it would probably be renamed Thots vs Wifey, but the messaging is still the same: some women deserve to be treated and respected as human beings while others  deserve to be treated like objects to own and direct.

If you are a man who speaks to women as if only specific “types” of women deserve basic humanity, that is definitely your cue to keep your opinions to yourself.

Whether you consciously acknowledge it or not, anything you say from that stance is going to be, at the very least, steeped in some form of implied misogyny. When it comes to race, we often complain about white people expecting us to check items off a list before they will acknowledge that we are full fledged humans who deserve the same rights that they naturally enjoy. Somehow when it comes to gender, Black men often pull out their own checklist for Black women before giving us that same respect.

Save yourself the headache of getting cussed out by a sister who is hip to your reindeer games and locked and loaded to shut you down.

RULE# 3: Would you give this same advice to men? 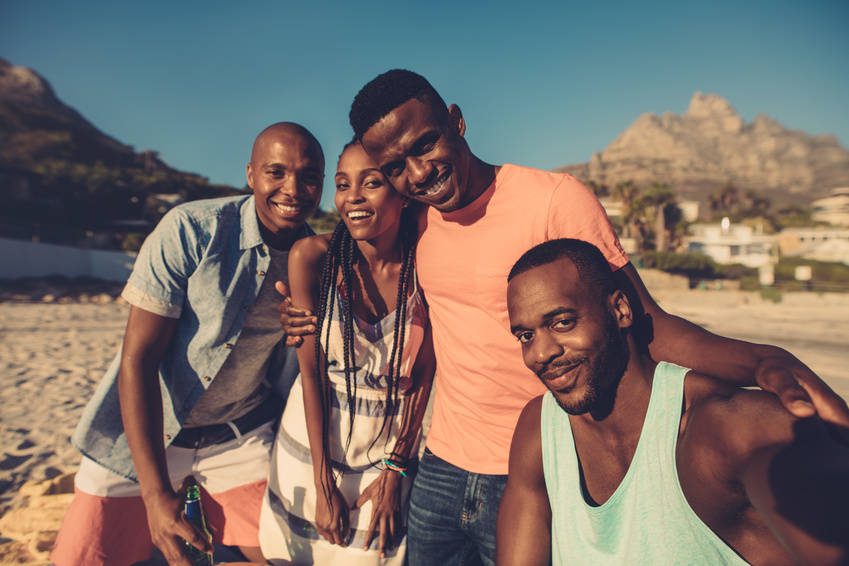 Have you fallen face down into the mansplaining trap amongst your group of friends. (Courtesy of Fotolia)

Piggybacking on the last point, men often don’t realize that they advise women under the premise that “good girls” deserve respect, while “bad girls” deserve whatever they get. The irony of this is that the same dude who has this strict code of what it takes for a woman to be considered his equal can simultaneously have a GAGGLE of aint-ish, no good, down and dirty, unscrupulous men friends who he loves unconditionally and considers to be his brothers.

Why can’t the women in your life ALSO be compassionately approached as flawed human beings who are worthy of respect even when they’re being messy?

If you are giving morally, self-righteous advice to a woman and would not give that same advice to your brethren, that very decidedly means you’ve fallen face down into the mansplaining trap.

A lot of pastors have gone viral preaching to women on how to get “chose” and be a “good wife.” The real question is why aren’t the men in their congregations being lectured to with the same fervor on how to be good husbands?

I suspect it’s because many of us still have this archaic mindset that a man can make mistakes, cheat, etc and in the end, he should be forgiven. As long as his wife is a bastion of perfection, he will still be able to come home to her and work things out.

Word? We still doing this? Ya’ll can miss me with that narrative entirely.

RULE# 4: Is this advice that you already take yourself? 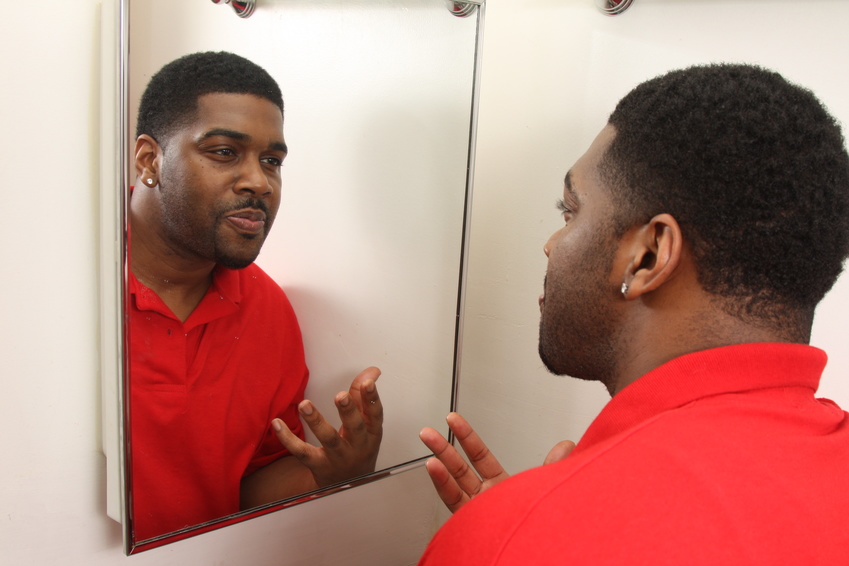 Are you looking at the man in the mirror? (Courtesy of Fotolia)

Speaking of religion and the sort of advice we get from churches, does anyone else remember the Golden Rule, which states, “Do onto others as you would have them do unto you.”

If you are a in a compromised state in life, have a history of making epically bad decisions, and are struggling to get your own ish together, this may not be the time for you to take it upon yourself to advise anyone on life goals – male or female.

How are you gonna help take someone, someplace when your passport has never been stamped?

Be humble fam. In this day and age folks like to check receipts and often times the men preaching the hardest on how to be “a real woman” have barely worked out the blueprint of their own manhood.

RULE# 5: Is this any of your business? 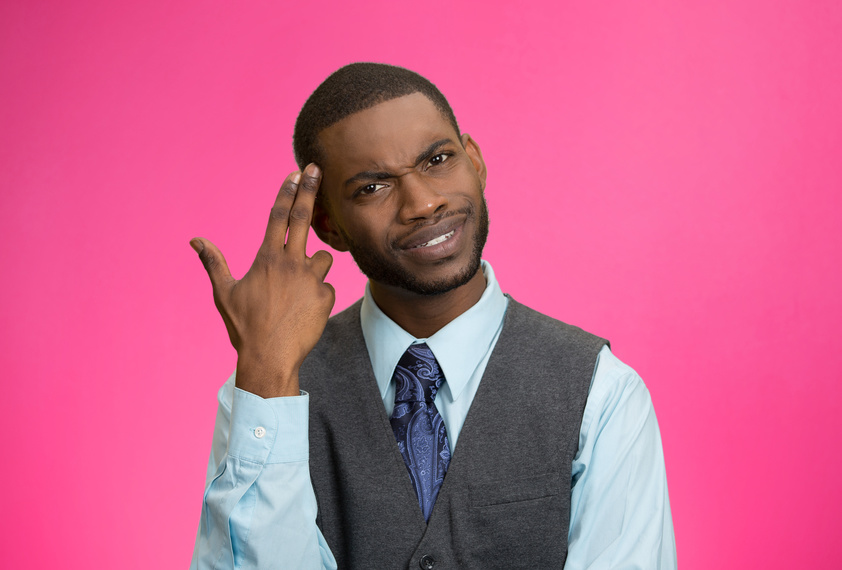 Don’t wake up those dormant misogynistic muscles. Mind your mouth and your business. (Courtesy of Fotolia)

I saved this one for last because it’s the “make it or break it” rule for all things that involve staying in your lane. Even if you follow all the rules previously stated and are well-intentioned, you must still ask yourself, “Is this any of my damn business?”

A lot of times, men who are consistently applauded for being “good dudes” get so high off of that praise that they unwittingly develop a Messiah complex. They start to think they can fix every problem around them. This can be annoying as hell in general, but in particular when done to women, it can subconsciously activate dormant misogynistic muscles that brothers don’t even realize they’re flexing.

It doesn’t matter how nice you are, the minute you start talking to a woman like you’re her daddy and pushing your opinions onto her in a way that disrespects her boundaries, you become a mansplainer; worst yet, you’ve likely also become an ass.

And to paraphrase one of the most poignant lines from Issa Rae‘s HBO series Insecure, the worse kind of f–boys are the ones who actually convince themselves they’re being good dudes.

I know pieces like this are often written (or perceived to be written) by angry annoyed Black women who just want men to shut up. I assure you that will never be my intention. In fact, my best friend of 20 plus years, who gives me more advice than anyone on the entire planet, is a man. He has successfully avoided mansplaining for the better part of two decades and will continue to do so by regularly checking off the boxes above, before lovingly telling me to get my ish together.

Trust me on this fellas; there’s a seat for you at our table. We’re just asking you to be a little more mindful before pulling up a chair.