Along with the $250,000 prize money, she also broke a few longstanding records. 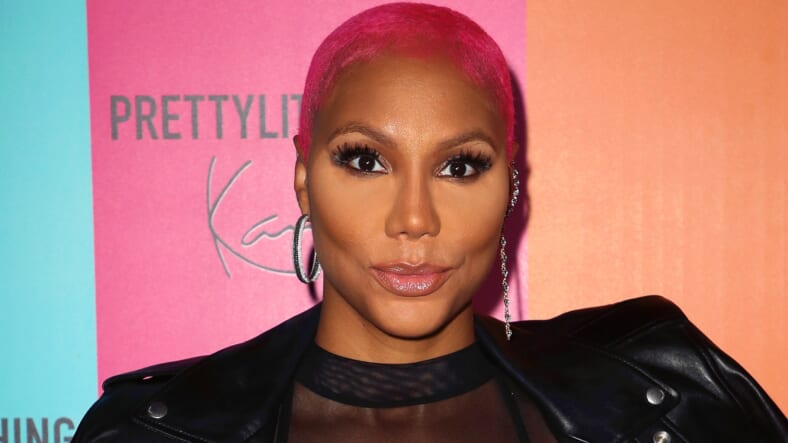 In her Instagram post, Tamar Braxton addressed how mental wellness challenges have been a part of her life for many years. (Photo: Getty Images)

Singer and actress, Tamar Braxton just made history as the first Black person to ever win Celebrity Big Brother.

According to Newsweek, Wednesday evening Braxton was crowned as the big winner during the Celebrity Big Brother finale. Along with the $250,000 prize money she pocketed for herself (not for charity), she also broke a few longstanding records.

In the show’s almost 20 year run, Braxton is not only the first Black person to ever win the show, she’s also the first women (and the second person ever) to get a unanimous vote. The 41-year old also broke the “First to Enter” curse — a theory that the first person to enter the Big Brother house never wins.

Aside from the fact that four of the final five contestants in the celebrity version of the game were Black players this year (another first in a show where players of color tend to be voted out early), one of the most heartwarming storylines in the three-week season was the surprising bond formed between Braxton and fellow houseguest, singer/songwriter Kandi Burruss.

The two reality stars have known each other for 20 years, but admitted that they have never been close and as a result, have had serious trust issues with one another. Music industry gossip and miscommunications between the ladies and other mutual friends seem to be the reasons for their rift.  At the start of the season, they both mentioned having issues with the other and even planned to vote each other out at times, but after a few weeks of living together, they healed their bond and became close allies, each expressing extreme gratitude for a friendship that may not have ever been given a chance outside of the house.

The first time Burruss referred to Braxton as her “friend,” even made Braxton shed a tear, surprising even herself that Burruss’ simple acknowledgment meant the world to her.

In fact, aside from her entertaining antics and savvy game play, viewers believe it was probably Braxton’s sincere final plea that convinced every member of the jury to crown her their queen.

“I am a huge fan of this show. I played the game to the best of my ability,” she said, before getting even more personal. “I lost my job publicly in front of everybody. I lost my husband. . . And I almost lost my life.”

Braxton’s ongoing personal dramas have been gossip site fodder for years, but it looks like this unexpected victory may be a positive foreshadowing of what’s to come.

“I’ve never won anything. As a matter of fact, I won Big Brother before I won a Grammy!” she said Thursday during a post-victory interview with Entertainment Weekly. “I mean, I can’t even really put it into words. It’s like the best day on top of the best feeling. I’ve been watching this show since Chicken George and I can’t believe that I was actually blessed to be a part of it, let alone win. Like, that is crazy to me.”

in case you were living under a rock last night, here is the revealing of the jury votes and winner of celebrity big brother. #cbbus2 #bbceleb pic.twitter.com/X7FedV6KaJ

Tamar won #CBBUS2, breaking the “first to enter” curse, winning unanimously & being the first black person to win ALL DURING BLACK HISTORY MONTH ??

Tamar gave us memes, drama, entertainment, comp wins, game play, broken curses, mended feuds and history made. IDK what else we could ask for from a #CBBUS2 houseguest.

Okay, a tear did drop when Tamar said "She called me her friend" #CBBUS2 #BBCeleb #Tamar #Kandi pic.twitter.com/7he1TxwL7j