See how Titan Generator is making the future bigger, brighter for Black entrepreneurs

The micro-accelerator program is designed to help business owners of color succeed beyond their dreams and expectations. 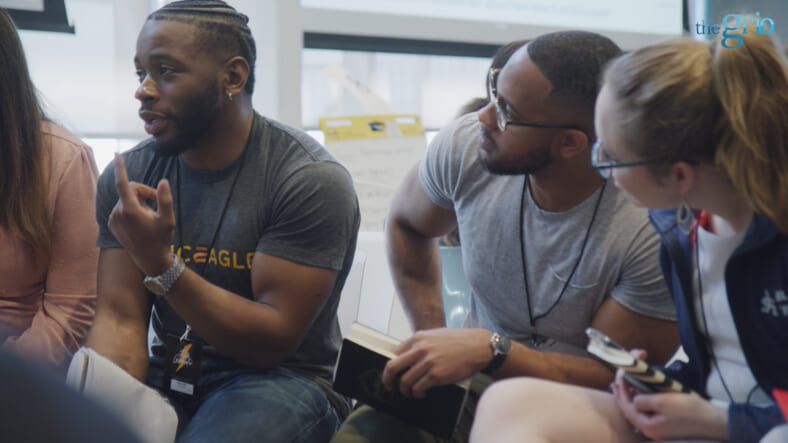 AUSTIN, TX- When Jennifer Drew tells people she owns her own business, the response isn’t always as supportive as you might think.

“It’s not typical that I’m taken seriously at first,” says Drew, whose startup company Tiny Heights, helps people become homeowners by selling them affordable homes that are under 1,000 square feet.

“I think being surrounded by other people who do look like me is an opportunity to kind of have some weight, and see how other people are dealing with that in their own community as well.”

Drew’s experience of having more up-hill battles as a Black entrepreneur isn’t just in her head. Research shows that Black business owners face unique challenges in everything from getting bank loans to having less access to venture capital and angel investing.

That’s why Drew’s search for the support led her to a group of entrepreneurs of color who can all understand what she’s gone through. Titan Generator is an accelerator (or micro-accelerator) program, which means it brings start-up founders together for a short period of time to focus on rapidly improving their business models and planning for their long-term success.

Titan Generator is the brainchild of Raymar Hampshire, Jessica Lynch and Max Skolnik, all former colleagues at the Obama Foundation’s My Brother’s Keeper Alliance.

Hampshire, a former wealth advisor, saw a number of examples of Black talent in the business world who needed help in the early stages while they faced a good number of unfair economic hardships.

“We look at historical moments like Black Wall Street in Tulsa, the Tulsa Race massacre and the riots and see that’s how it was snuffed out,” Hampshire tells theGrio. “There’s always been talent. It’s just been access to opportunities.“

What makes Titan Generator different from most accelerators is that it purposefully pairs entrepreneurs of color (the program isn’t exclusive to Black entrepreneurs, but includes Native American and LatinX startup founders too) with social movement activists, such as March for Our Lives and Austin Justice Coalition.

Rather than just getting rich, these entrepreneurs want to address social issues like gun violence and immigration, while they cultivate their businesses.

While Silicon Valley may be known for having “tech-bro” social networks that are hard to break into, at Titan Generator Black entrepreneurs are told to come as they are.

“Entrepreneurs of color… have to navigate this labyrinth, this maze to get to the table right to get to resources,” says Hampshire.

READ MORE: What Hip-Hop can teach you about business

At the end of this year’s inaugural Titan Generator program, 20 entrepreneurs in attendance received special financial awards to further their businesses dreams.

“It’s not enough to just pay the lip service and say ‘we support diverse entrepreneurs’,” says Hampshire.  “But how are you creating the space?”

Watch theGrio’s full video going behind the scenes of the inaugural Titan Generator above.