TheGrio
A view of the Supreme Court in Washington, Monday, Nov. 11, 2019. On Wednesday, the Supreme Court will be presented with details of a civil rights case that has the potential to completely dismantle vital protections in the law that will have lasting repercussions for Black business owners and contractors. (AP Photo/Susan Walsh)

On Wednesday, the Supreme Court will be presented with details of a civil rights case that has the potential to completely dismantle vital protections in the law, which may have lasting repercussions for Black business owners and contractors.

Oral arguments will start between Comcast Corp. v. National Association of African-American Owned Media where attorneys for Entertainment Studios founder and CEO, Byron Allen, will argue that Comcast denied doing business with Allen based on his race in their refusal to carry several of his channels. The argument will use one of the country’s oldest Civil Rights laws, Section 1981 of the Civil Rights Act of 1866, to bolster the case. Comcast (which includes NBCUniversal and CNBC) will argue this is untrue and that Allen’s channels simply weren’t desirable. With a conservative leaning Supreme Court, the odds are in the cable giant’s favor.

In light of these facts, Derrick Johnson, NAACP President and CEO and Brad Berry, NAACP General Counsel hosted a special emergency town hall conference call on Tuesday with presidential hopefuls, Senator Cory Booker and Senator Kamala Harris to discuss the finer details of this case and the huge implications it has on the Black community.

Here are nine new things we learned about this most recent attack on our civil rights and everything the NAACP is doing to fight it.

This isn’t just about Byron Allen

“What Comcast is seeking to do is make it more difficult to prove a claim of discrimination by petitioning the Supreme Court to reinterpret the application of Section 1981,” said NAACP President Derrick Johnson on the call.

“This corporation is seeking to undermine our ability to negotiate free of discrimination. Let us be clear, this is not about the underlining case. This is about the irreparable harm that will be presented to ask if the Supreme Court is able to rule on an interpretation of an Act that has been foundational to our survival. This is not about appeasing one particular interest versus another. This is about African Americans being able to fully participate in a capitalist system in this democracy free of discrimination.”

This is really about Blacks making money 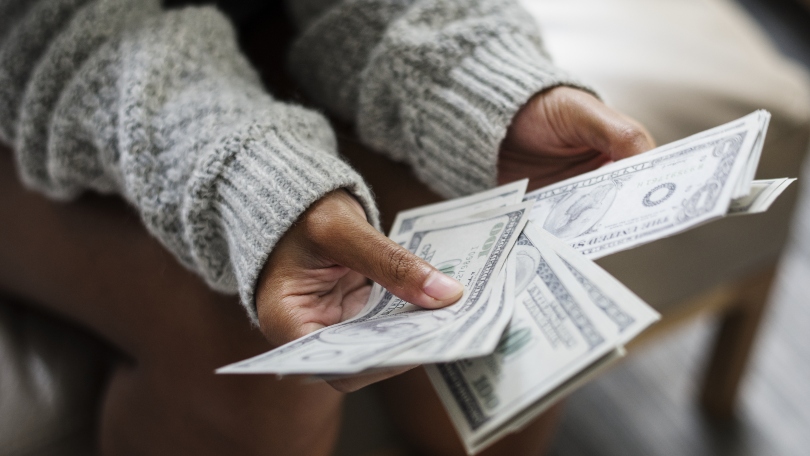 “This is a major corporation that is deciding to defend themselves in this case by tearing down a significant aspect of our civil rights protections. And so in many ways, I still find it just just so egregious that this is tantamount to an attack on one of our strongest and oldest civil rights laws,” said Sen. Corey Booker.

“The Civil Rights Act of 1866 was passed to ensure that newly freed slaves were afforded the same opportunities as white counterparts in business and in contract formation. This is a part that covers a lot of scenarios that other major civil rights statutes don’t necessarily apply and was really designed to safeguard equal opportunities for Americans to work, bank, shop, rent, contract, buy a home, become entrepreneurs, to do all those things without racial discrimination.

It protects a swath of people and it goes to the heart of a very important crisis we have in America right now, which is the Black life wealth gap. That wealth gap is widening under this President and we see the economic barriers that were overtly racist of the past from mortgage loan, redlining, denial of economic opportunity based upon the color of your skin. This Supreme Court case, it’s the Sword of Damocles, hanging, menacing over one of the main civil rights protections we have as African Americans to ensure equal economic opportunity.”

This is also about Black voting power

“This case would essentially closed the courthouse doors to many Americans who are  facing discrimination and really rob them of an opportunity to have their day in court,” said Booker.

“Black Americans, and other marginalized groups, are already experiencing heightened levels of discrimination and bigotry in this country that goes from employment goes to contracting and other economic opportunities. The insult of this and the peril we have before us is this is just six years since the Shelby decision, where we saw the impact of them of the Supreme Court greatly weakening the Voting Rights Act protecting African Americans. As a result of that, we saw a resurgence of discriminatory laws and policies meant to silence voters.

And so here we know there was a connection between economic power and voting power and we are seeing the Supreme Court in less than a decade try to tear down protections in African American support and work for that  took the blood, sweat and tears of our ancestors over many years to establish.”

This is about proving the impossible 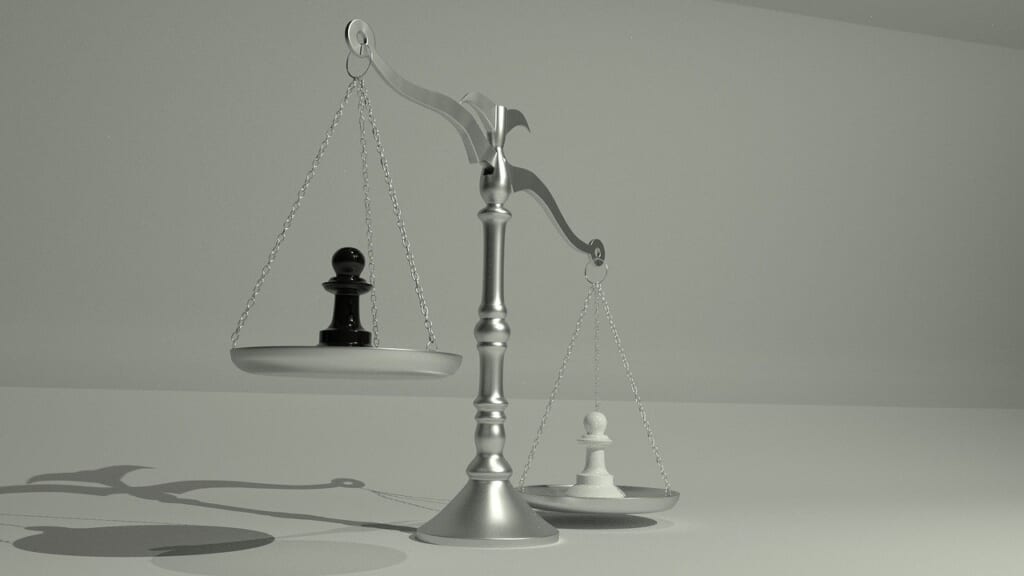 Image by Firentis from Pixabay

“This is all boiling down to the fact that people who are facing discrimination in contracting workforce and other areas must now prove something that’s very hard to prove. It’s called, ‘but, for causation,'” explains Booker.

“This requires the plaintiffs to prove that the adverse outcome would not have occurred but for discrimination on the part of the defendant. And, so Comcast, in an astonishing corporate move, is arguing that the Supreme Court hold that Section 1981 requires, ‘but, for causation,’ which require litigants to rebut the existence of non-racial justification in the earliest stages of litigation and prove that race discrimination was the reason for the denial of opportunity.”

This is about Black customers of Comcast

“This is the case that should not be before the Supreme Court, particularly bought in front of the Supreme Court by a corporation like Comcast– a company that many African Americans utilize as their cable provider. A company that depended on franchise contracts and that was the only, sole source provider of cable for many large municipalities consisting of many African American mayor and city council members. This is something that should have been addressed in the district court on its merits,” said Johnson.

“Let’s be clear, there were other options.”

This is about seeing Blacks as fully human 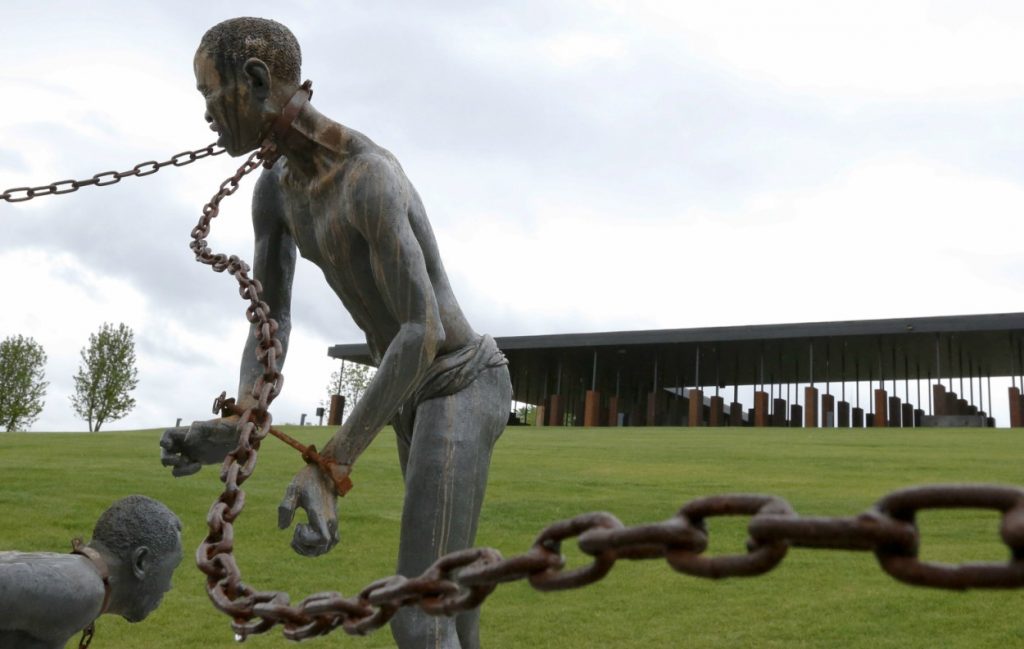 A statue of a chained man is on display at the National Memorial for Peace and Justice to honor thousands of people killed in racist lynchings, in Montgomery, Ala. (AP Photo/Brynn Anderson, File)

“Justice and equality are at stake in this Supreme Court case and I am very concerned about the lasting implications that a bad decision can have on key Civil Rights laws, and particularly a law that protects against race discrimination throughout our country,” said Senator Kamala Harris.

For example, a homebuilder could decide that he won’t contract with the only carpenter in town because of his skin color. If this civil rights law is narrowed by the court, that homebuilder could just say the decision was also motivated by the carpenters lack of experience, when in reality, it was about the contractors race.”

This is about support from inside Congress

Senators Cory Booker and Kamala Harris are in support of preserving our civil rights. (Photo by Win McNamee/Getty Images)

“The Congressional Black Caucus, in fact, has a Black agenda for Black America that we put forward on everything from economic empowerment to educational empowerment to health care. This is obviously something we’ve already taken action with by filing an amicus brief with the Supreme Court,” said Senator Booker of the CBC’s support.

“There’s definitely an activist group ready to push in the congressional side, but obviously, the Congress is set now until 2021. The Congressional Black Caucus will continue to lead on these issues, will lead into the 2020 elections, and try to make sure from the White House to Mitch McConnell  that we see dramatic change there. This has to be a time of fight in our country. We can’t wait until Election time. This is one of those days we’re pulling everyone together. We fight now!”

This is about Comcast making a choice 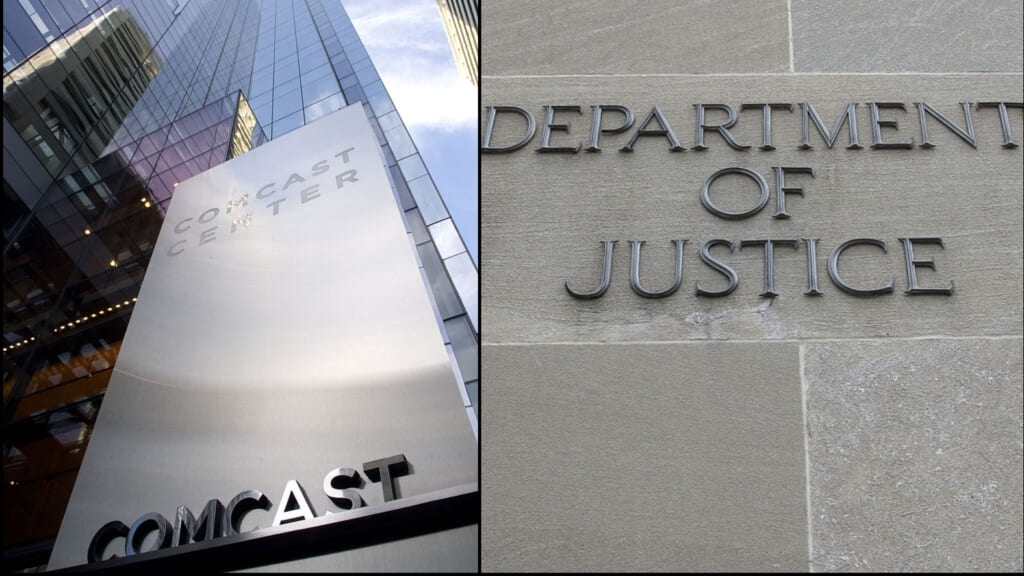 The Trump administration, through the Solicitor General’s Office, fully and wholeheartedly supports Comcast position in this case and that ought to tell you something,” said Brad Berry, NAACP’s General Counsel.

“I would not expect the decision in this case before the spring and it could be it could be issued as late as June. The Supreme Court is often issuing decisions in cases right up until the time that they take their Summer recess.

However, Comcast had other options here. Comcast petitioned the Supreme Court to hear this case. Comcast could seek permission from the court to withdraw the petition. Comcast could sit down and see if there is a way to resolve this dispute with Mr. Allen in such a way that the case would become mute. Comcast all along could have chosen to simply defend itself in the district court in the trial court. It says its decision had nothing to do with race. So I don’t know why it would be afraid of defending itself on the merits in the trial court. Whether Mr. Allen is right or wrong, Comcast should not obliterate a long standing critically important civil rights statute in the process.”

This is about the NAACP’s fight for Civil Rights 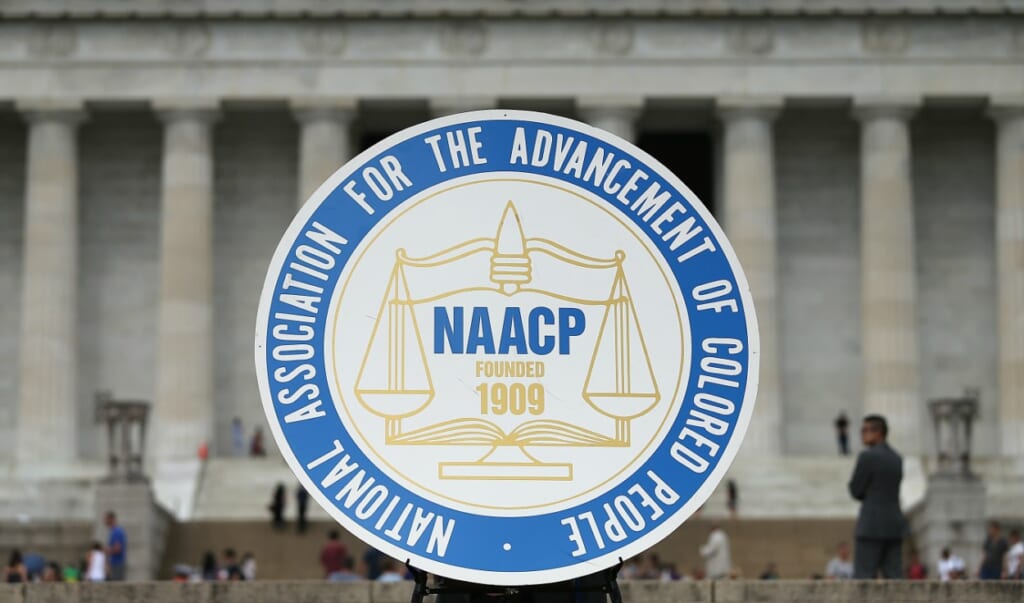 If you wish to escalate the noise against Comcast and stand with the NAACP in this fight for civil rights, sign the Civil Rights petition at naacp.org/comcast