In the wake of several recent data breaches by large companies, Kim Keenan of the Internet Innovation Alliance, believes it's time to bring privacy to the forefront of tech policy. 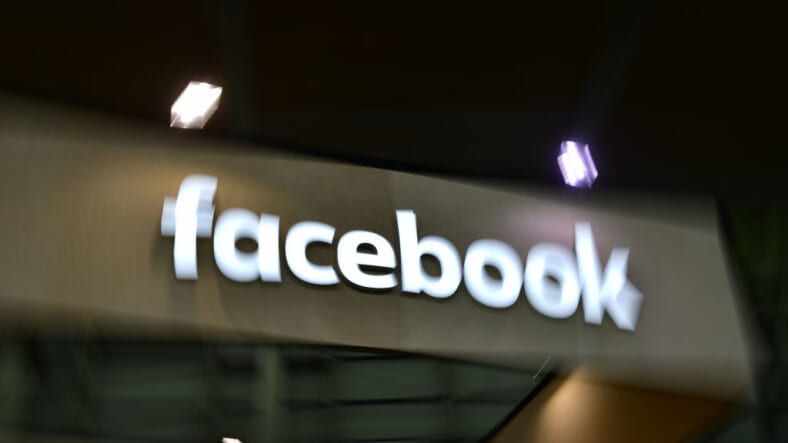 More than 540 million records about Facebook users were publicly exposed and while the $5 billion fine sounds like a lot, it hasn't moved them to do much to protect your personal information. (Photo by Alexander Koerner/Getty Images)

Everyone is buzzing about what is being called one of the biggest data breaches ever where the bank accounts and credit card applications of more than 100 million customers of Capital One have been compromised. If you’re one of those customers that means you’re Social Security numbers, your name, address and even your credit score may have been in the hands of a hacker.

As disturbing as this is, this isn’t the first, nor is it the last time, this has happened. In fact, it’s likely that you missed the news between the earthquakes in L.A., and Twitter tirades from President Donald Trump, that the Federal Trade Commission (FTC) finally voted to impose a $5 billion fine against Facebook, the largest penalty to a tech company for privacy violations thus far.

According to Statista, as of the second quarter of 2019, Facebook has 2.41 billion active users, so that works out to a payment of a whopping $2.07 per user. Assuming every user has been impacted by privacy violations, some may be wondering, ‘Is my privacy only worth a little over two bucks?’ Or maybe more importantly, ‘How can we use this decision to get our federal lawmakers to create legislation that will realistically protect our privacy?’

At first, the data breaches were a surprise to everyone. More than 540 million records associated to Facebook users including account names and personal comments were leaked on Amazon’s cloud computing service that didn’t require a password for access.

READ MORE: Chances are Equifax owes you $125 in cash or free credit monitoring for 2017 data breach

Now, that we know what happened and how it happened, we have moved on to the era of fining these companies for their bad behavior. I am still naïve enough to believe that $5 billion is a lot of money, but if you can pay a $5 billion fine and get back to work as if nothing happened, then this is nothing more than a slap on the wrist so you can pay it, fast-track and get back to business.

Smart legislators have to know that we cannot keep letting tech companies (or anyone else) correct their own homework. We need a national privacy law that protects online users, keeps their data securely stored and strictly monitors how that data is accessed.

To bring this as close to home as possible, remember that your data can be used against you in scams, prevent you from getting a new job or target you for products and services based on an algorithm’s perceived value of your buying potential and your net worth. Unless you live under a rock, you have to already know data breaches can also change the outcome of our country’s presidential elections. 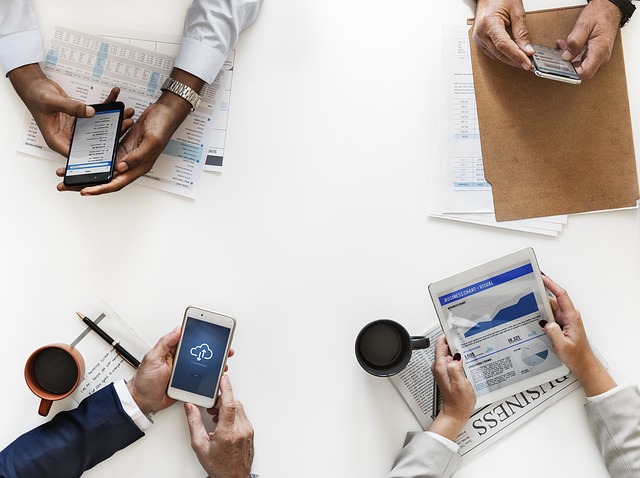 Facebook remains one of the largest data leaks in history violating the privacy of 87 million users. (Image by rawpixel from Pixabay)

Data privacy continues to be a real problem that touches all of us, especially the Black community. According to a 2014 Pew Research Center study on African Americans and Technology Use, 92% of Blacks own a cell phone and 56% own a smartphone where we are likely sharing information under the guise that our identifying data will remain private.

Black Americans over-index on social media for everything from news to entertainment to social activism, all while sharing a slice of our collective cultural identity. Taking this information and using it to warp society’s views or divide America by color and culture is as old as apple pie. This time, we need to take control of the situation by bringing privacy to the forefront of tech policy.

Facebook isn’t the only one to do this. Other major companies (like Capital One) have experienced major breaches in the past. Equifax announced a data breach that exposed the personal information of 147 million people with a settlement of up to $425 million to help people affected by the data breach. Uber announced the company was hacked in 2016 when 57 million customers and 600,000 drivers had their personal information, including driver’s license numbers, exposed.

Even through all of that, Facebook remains one of the largest data breaches in history violating the privacy of 87 million users via its role in the Cambridge Analytica scandal, which ultimately led to this new, multi-billion-dollar FTC fine.

As a quick refresher, this scandal came about with the backing of wealthy Republican Robert Mercer and at the aid of political operative, Stephen K. Bannon, Cambridge Analytica harvested private information from the Facebook profiles of users without their knowledge or permission. The scandal allowed Cambridge Analytica to exploit the personal information of a huge swath of the American electorate, developing techniques that underpinned its goal to get Trump elected.

This was a blatant attempt to divide Americans using the online ecosystem. What better place than on social media where culture has an implicit role in every activity? And yet, it’s also the place where language connects and divides generations and attitudes. Where one group can masquerade as another group with just the push of a button.

Unfortunately, Black Americans know all too well what it means to have your privacy stolen. One only need look at any period of history to find all of the examples where our identities, our culture, and our rights have all been stolen or used against us to redline, overcharge, or divide us from the mainstream. The first rule of civil rights advocacy is that rules must apply to everyone, all the time, no matter how the situation arises. Protecting some and not others or creating rules that only apply to one group is as short-sighted today as it was in the days of segregation.

Lest we forget, the Russians targeted African-American turnout in the 2016 election. The Internet Research Agency in St. Petersburg, Russia – not Florida – chose American-sounding names and planted stories on every major social media platform including Facebook, Instagram and Twitter. You get it; they picked the platforms that have significant Black participation.

The goal was the same goal we have battled in every election: get Black voters to stay at home. If the plot can just shave our numbers at the polls, it will be all you need to change an election outcome. 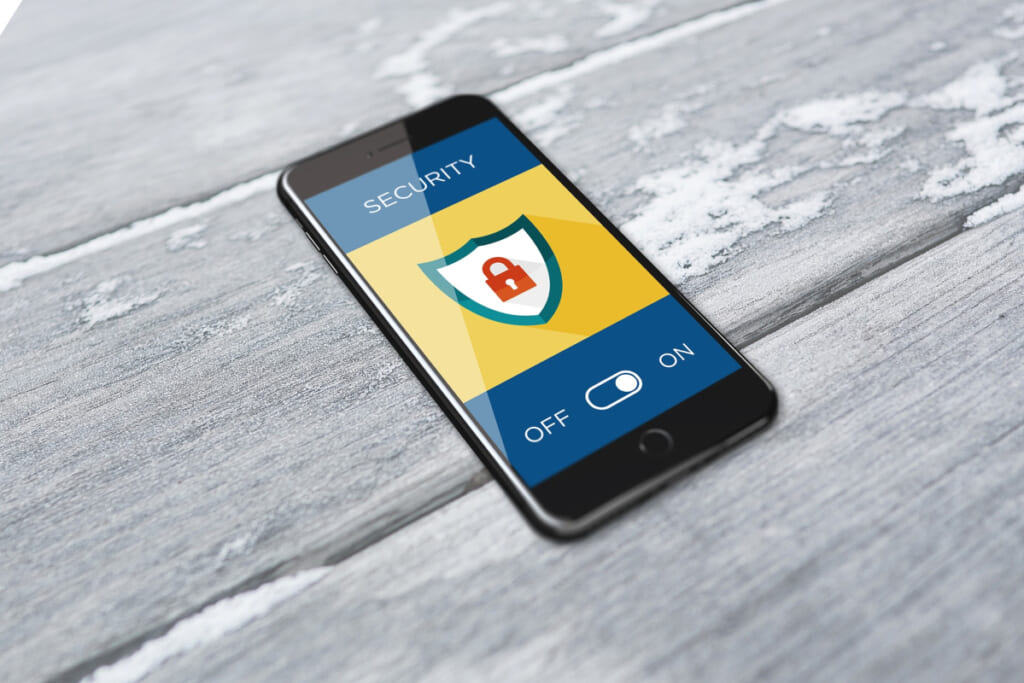 It’s time to let legislators know that we demand a national privacy law that protects online users, keeps their data securely stored and strictly monitors how that data is accessed. (Image by Biljana Jovanovic from Pixabay)

The internet may not be able to distinguish between political boundaries, but our national laws must be developed to protect us at all times, across multiple platforms, and for all people. Guess what, this boundless internet ecosystem makes it more than possible.

READ MORE: What the 2019 Black Census report reveals about Black voter power in the 2020 election

Black folks do not have the luxury of going backwards. To keep our country moving forward, we have to be woke not just in criminal justice reform, but in voting rights, and in the impact of technology on our economic and political future. Text, tweet, and Facebook your federal elected officials. Tell them you want them to stop smacking tech companies on the wrist and pass a national privacy law that protects you the same, wherever you are and however you access the internet.

Your next job, your next loan, and your next President depends on it.

Kim Keenan is a co-chair of the DC-based Internet Innovation Alliance (IIA), a broad-based coalition of business and non-profit organizations that aims to ensure every American, regardless of race, income or geography, has access to the critical tool that is broadband Internet.