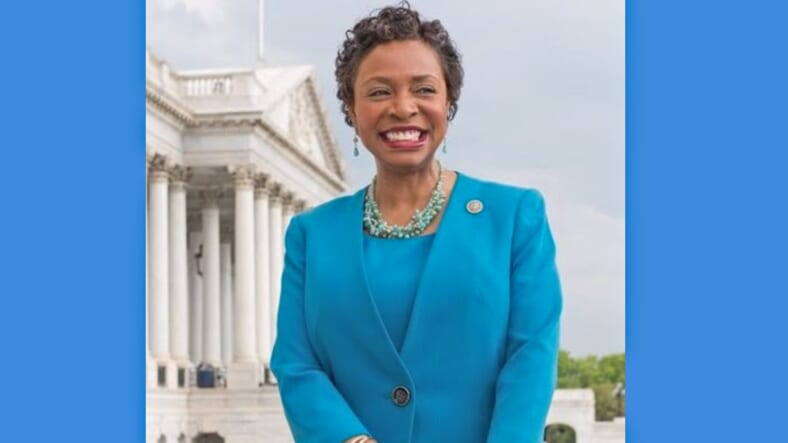 Many young, Black women first learn about life, liberty and the pursuit of happiness, not from the confines of a middle-school history book, but often from the stories generated and passed along by the women in their lives, namely their mothers.

This is most definitely true for Rep. Yvette Clarke, the Democratic Congresswoman representing New York’s 9th congressional district in Brooklyn. Her mother, Dr. Una S. T. Clarke set the standard for civil rights advocacy, social justice activism and equitable education opportunity for countless people of color in the New York City area. As a Jamaican immigrant and the first Caribbean-born woman elected to the New York City’s legislature, she too is a symbol. So, when Congresswoman Clarke decided to follow her mother into politics, many thought it would be impossible for her to fill her mother’s enormous legacy.

The naysayers were wrong. After succeeding her pioneering mother within the New York City Council, making them the first mother-daughter succession in the history of The Council, she won her Congressional seat. One that was once occupied by the late Honorable Shirley Chisholm, the first African American woman and Caribbean American elected to Congress.

Now, as the Chair of the Multicultural Media Caucus that is pushing buttons all up and down Capitol Hill, Clarke was one of the first to pay attention to the impact of the legal implications in the Supreme Court’s eventual decision in the Comcast Corp. v. National Association of African-American Owned Media case brought about by Entertainment Studios CEO, Byron Allen.

TheGrio.com interviewed Congresswoman Clarke on where things stand now that the case has been heard by the nine Supreme Court Justices, the position of the Congressional Black Caucus and why the fight against racial bias and the lack of diversity in business is anything but over.

TheGrio: What is your position on case against Comcast/ Charter and how do you believe it will impact every day people?

TheGrio: It seems like the Congressional Black Caucus has been relatively silent about the case against Comcast. How come?

Yvette Clarke: Many CBC members have come out against how Comcast has chosen to frame this issue with an all-or-nothing approach to diversity. My colleague, Ms. Maxine Waters recently put forward a resolution directly (to which I’ve signed on to) related to what’s happening with Comcast. And just like my peers from the CBC, we aim to see diversity accurately represented in the entertainment industry, plus ensure our civil rights are adequately upheld in the Supreme Court.

TheGrio: Do you think that large corporations like Comcast have any obligations to their Black customers?

Yvette Clarke: Companies have a responsibility to be good stewards, which includes “showing up” for Black communities. This means providing opportunities at every level for Black women and men at these corporations.

TheGrio: What’s the significance of the Department of Justice under Trump’s leadership weighing in to support Comcast in their legal arguments?

Yvette Clarke: Even though we might not agree with this, the Department of Justice weighing in is actually within the norm of how the DOJ works—they are provided the opportunity to review any and all cases.

TheGrio: It seems like the Civil Rights Act of 1886, which protects against racial discrimination in business dealings and contracts, is really in jeopardy if Comcast wins this case. How will that affect every day Black entrepreneurs trying to make money?

Yvette Clarke: The way this Supreme Court case goes has the potential for massive implications on civil rights. We know that civil rights, specifically racial discrimination, is not always all or nothing. If this Supreme Court case goes wrong, this could mean that the burden of proof would be on the minority-owned companies, especially Black-owned companies and businesses in our communities.

READ MORE: 9 things the NAACP needs you to know about the discrimination case against Comcast heading to the Supreme Court

Therefore, Mr. and Mrs. Johnson would not be able to receive any content created for us, by us and will be forced to hear stories and narratives that are not coming from the Black perspective. The Civil Rights Act is about economic inclusion. It gives Black business owners the same access to equity as their white counterparts, and ensures that Mr. & Mrs. Johnson are adequately rewarded for their dedication to our communities.

TheGrio: What are you are doing on the political level to protect our rights, not only as business owners, but in media?

Yvette Clarke: I’ve been on both sides of the aisle, when it comes to Comcast. I was vocal regarding set-top box legislation when this could have impacted Comcast’s business, which ignited my idea to create the Multicultural Media Caucus on the Hill, co-chaired by Representatives Tony Cardenas and Judy Chu. This Caucus provides an important voice in Congress to drive diversity in the media space, including in content and distribution. It is important to me that we protect the rights and opportunities of women and people of color.

TheGrio: And, what can our readers do to protect the Civil Rights Act of 1866?

Yvette Clarke: In the age of Donald Trump, we are seeing a rise of people who are emboldened to act out in racist, bigoted, hate-fueled ways. But we must take steps forward and not lose sight of the pioneers before us pioneers before us who stood up in the face of racism. This current climate, fueled by Trump, might be testing our patience and belief in humanity, but I know we will continue to rise. We have no choice.

We have no choice by the move forward, rising just as tall as those people fueled by bigotry, racism and hate and counter with our will to protect the rights of those on the margins.

Nicole Duncan-Smith is a contributing editor at theGrio.