Everything you want to know about Black Panther

Learn all about Marvel's Black Panther 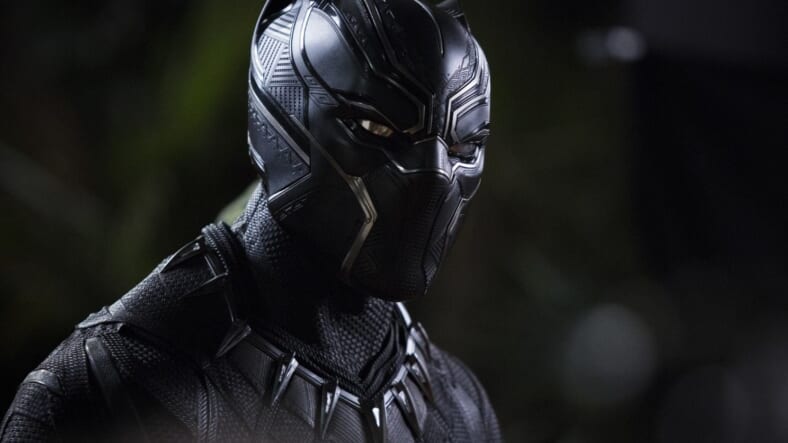 “Black Panther,” the Marvel movie, broke numerous box office records and became the most successful superhero film ever made by an African-American director. The release of this movie was historically groundbreaking for Black people, and with good reason. Keep reading as we explore everything you want to know about “Black Panther.”

The superhero movie “Black Panther” is based on the Marvel Comics character with the same name. The movie was released in 2018 and is the eighteenth movie in the Marvel Cinematic Universe (MCU).

Marvel Studios produced the movie, and it was distributed by Walt Disney Studios Motion Pictures. Chadwick Boseman plays T’Challa/Black Panther in the movie.

After his father’s death, T’Challa becomes the king of Wakanda, a fictional African country. He, however, faces a threat as Killmonger (Michael B. Jordan) challenges him. Killmonger wants to bring the nation’s isolationist policies to an end and to begin a world revolution.

“Black Panther” demonstrated to Hollywood that narratives about Black people had the potential to appeal to a wide audience and make money. The movie was celebrated by Black people all over the world.

“Black Panther” was directed by Ryan Coogler, an American director, film producer, and screenwriter. He is also responsible for co-writing the film with Joe Robert Cole.

“Fruitvale Station” (2013), his debut feature film, took home the grand jury and top audience prizes in the American dramatic division at the 2013 Sundance Film Festival. Since then, he has co-written and directed “Creed” (2015), the seventh film in the Rocky series; and “Black Panther” (2018) as well as its upcoming sequel, “Black Panther: Wakanda Forever” (2022).

Costume designer Ruth Carter handled the design of the “Black Panther” costumes. To create these looks, she had to build a style for the fictional country of Wakanda itself.

By fusing African tradition with technological innovation, she helped to develop a striking, spectacular vision that had never before been seen on film. The Dogon of Mali, the Himba of Namibia, and the Tuareg of North Africa are just a few examples of actual African people that Carter studied and found inspiring.

The clothing and the movie as a whole also honor the idea of Afrofuturism, which combines technological advancements and future concepts with Black history and culture.

Speaking to pbs.org, Carter stated that one of her favorite pieces from the film is the outfit worn by Ramonda, King T’Challa’s mother. Her exquisite shoulder robe and headpiece were 3-D printed.

Where was “Black Panther” filmed?

The majority of the filming for “Black Panther” was done in Atlanta and South Korea. Even though the movie is set in Africa, it only has aerial imagery from the African continent. Here is a look at the main filming locations, as per movielocations.com.

The Wheat Street Towers in Atlanta served as the backdrop for the 1992 flashback sequence, which took place in Oakland, California. The structure is near Martin Luther King’s place of birth, in the historically African-American Sweet Auburn area.

In the film, Killmonger and Ulysses Klaue rob the Museum of Great Britain of a Wakandan artifact. This was filmed both in the interior and exterior of Atlanta’s High Museum of Art.

The artifact’s trail leads T’Challa, Okoye, and Nakia to a casino in Busan’s Jagalchi Market. The Metropolitan, often known as the MET Atlanta, is located in Adair Park and was used to film the casino entry scene and some scenes of the Korean fish market. Busan, home to the famous Gwangan Diamond Bridge and Gwangalli Beach, was used to film the vehicle pursuit scene and background shots of the Korean city.

Additional segments were shot on site in Dongseo University, the northern region near Sajik Baseball Stadium, Namhang Bridge, and Yeongdo Island’s ports. Atlanta Air Salvage, an aviation supply company in Griffin, Georgia, is where the scene in the airstrip junkyard was filmed.

The climactic fight between T’Challa and Killmonger was also filmed at Bouckaert Farms in the Chattahoochee Hill region, which is close to Atlanta. Atlanta’s City Hall stood in for the United Nations International Centre in the post-credits scene.

At Pinewood Studios, the production company for the movie, a soundstage was used to film the battle challenge scene. Green screens were extensively used to capture most of the scenes in the futuristic nation of Wakanda in studios. Wakanda and Birnin Zana, its capital, were produced digitally using CGI.

The City of the Dead, the Great Mound, the Throne Room, and the casino’s interior were also built in the studios.

Chadwick Boseman, whose full name is Chadwick Aaron Boseman, was an American actor and scriptwriter born in Anderson, South Carolina, on November 29, 1976. He passed away in Los Angeles, California, on August 28, 2020.

He is best known for playing T’Challa, though he also played Jackie Robinson in the biopic “42” and James Brown in “Get On Up.” His performance in “Black Panther” solidified his position as a top-tier movie star.

Additionally, “Black Panther” made headlines as the first high-profile film with a nearly entirely Black cast, and T’Challa rose to prominence as an icon.

When did Chadwick Boseman die?

Chadwick Boseman passed away on August 28, 2020, in his Los Angeles home from complications due to colon cancer at 43 years old. His wife and family were by his side, as reported by The New York Times.

Boseman received a stage 3 colon cancer diagnosis in 2016 that advanced to stage 4 before 2020. Fans were eager to see what the Wakandan hero T’Challa would accomplish after the triumph of the MCU’s “Black Panther” movie in 2018, but when Boseman lost his fight with illness in 2020, everything changed.

Michael B. Jordan in “Black Panther”

American actor Michael Bakari Jordan was born on February 9, 1987. When Jordan was a little child, his family relocated from California to New Jersey, where he was raised. He got his initial acting opportunities in 1999 after working as a kid model.

His breakthrough came in the drama “Fruitvale Station” (2013), in which he played Oscar Grant, a shooting victim. He went on to star in “Creed” (2015) as boxer Donnie Creed and in “Black Panther” (2018) as Erik Killmonger.

Ryan Coogler is returning to write and direct “Black Panther: Wakanda Forever.” This does not come as much of a surprise, given that he directed and co-wrote the first movie and was essential to its success. Coogler’s return guarantees that there will be conceptual consistency between the two movies as the filmmaker takes on his first sequel.

When is “Black Panther 2” coming out?

Martin Freeman, who plays Agent Everett Ross, stated in an interview with Uproxx in August 2019 that filming for “Black Panther 2” would likely begin in 2021. That would turn out to be true, with MCU head Kevin Feige confirming plans to start shooting the film in Georgia in June 2021, but deciding on an official release date was another matter.

At the 2019 D23 Expo, Ryan Coogler announced that the sequel to Black Panther would be released in May 2022. At Disney’s Investor Day in December 2020, Feige said that the film’s May release date had been moved back by a couple of months to July. On October 2021, the release date for “Black Panther 2” was set to Friday, November 11, 2022.

Who is the new Black Panther?

Marvel declined to recast Chadwick Boseman’s role as T’Challa when the “Black Panther” actor passed away from colon cancer. To pay tribute to the legacy that Boseman helped establish, Kevin Feige announced in December 2020 that the sequel would instead delve further into the setting and characters of the original movie.

A person who looks to be donning the Black Panther suit is seen releasing claws in the last seconds of the movie’s official trailer. Many have made assumptions about who this could be, but Marvel won’t reveal that information too soon.

Black Panther is a fictional superhero created by Marvel Comics. This superhero initially appeared in “Fantastic Four,” issue 52 (July 1966), and was the first Black comic book superhero in the United States. Before him, there weren’t many Black heroes, and none had true superpowers.

King T’Challa, the Black Panther’s alter ego, rules the made-up African nation of Wakanda. The Black Panther comic tales delve into the complicated connection between Wakanda and the outside world as well as what it means to be a hero.